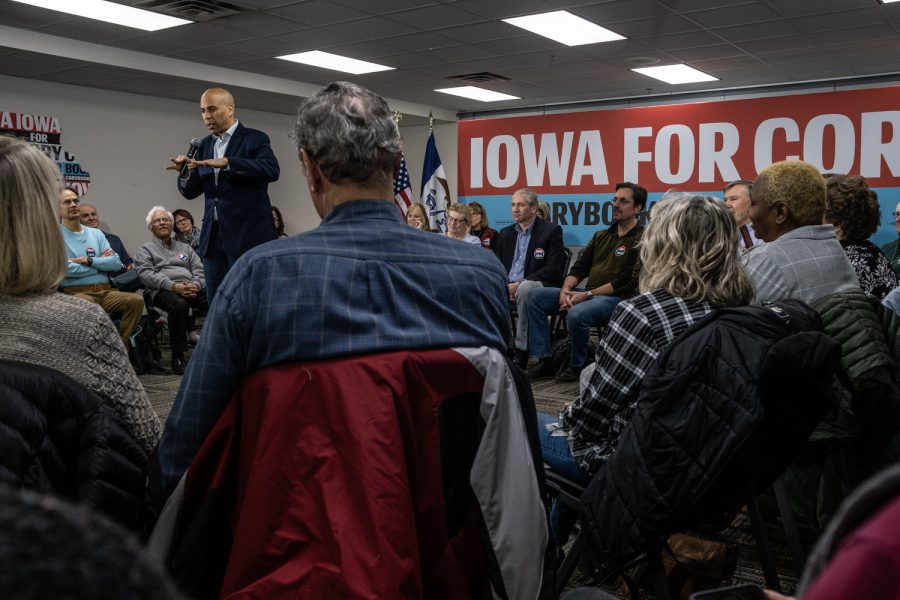 Senator Cory Booker speaks to the audience during a campaign event at the North Liberty Community Center on Thursday, January 9 2020. Senator Booker spoke about his plans for the country if he wins the presidency.