The former secretary and mayor announced he'd be exiting the race for the Democratic presidential nomination Thursday after failing to garner support in the polls or qualify for the last two rounds of debates. 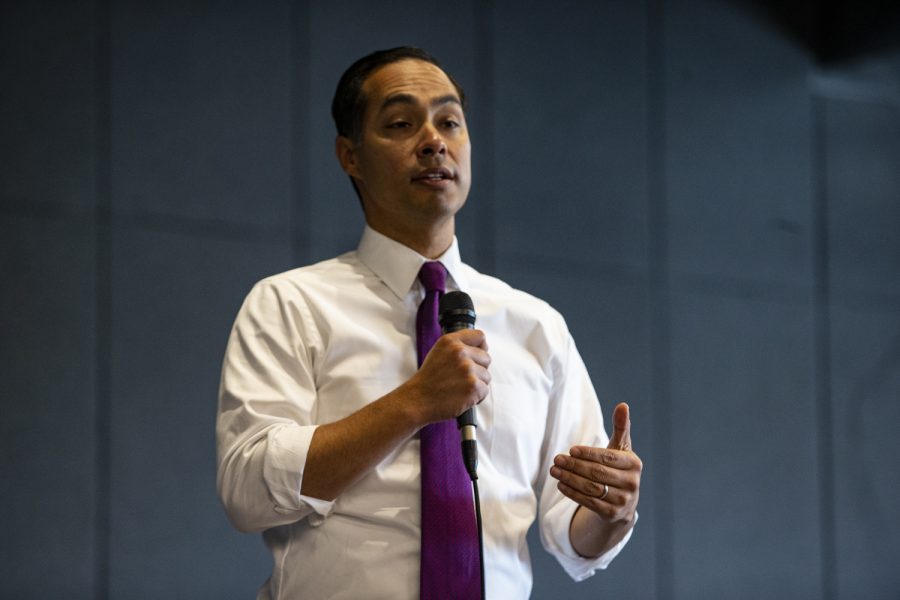 It’s with profound gratitude to all of our supporters that I suspend my campaign for president today.

I’m so proud of everything we’ve accomplished together. I’m going to keep fighting for an America where everyone counts—I hope you’ll join me in that fight. pic.twitter.com/jXQLJa3AdC

“I’m so proud of the campaign we’ve run together,” he said in the video on twitter. “We’ve shaped the conversation on so many important issues in this race, stood up for vulnerable people, and given a voice to those often forgotten. But with only a month until the Iowa caucuses and given the circumstances of this campaign season, I’ve determined that it simply isn’t our time.”

Castro had made several rounds to Iowa in the last year. He was vocal in his criticism of the Hawkeye State’s status as first in the nominating contest. In Iowa City, Castro said Iowa should move to a more inclusive primary and lose its spot in the lineup. He said while he has no problem with the states, he cited the demographics of both Iowa and New Hampshire (the first-in-the-nation primary) as not representative of the rest of the nation, though having an outsize influence on the nominating process.

The former San Antonio Mayor didn’t meet the donor or polling requirements set by the Democratic National Committee to compete on the debate stage for either the November or December rounds of debates.

According to the latest Des Moines Register/CNN/Mediacom Iowa Poll conducted in early November, Castro was 0 percent of poll respondents’ first choice for the nomination.