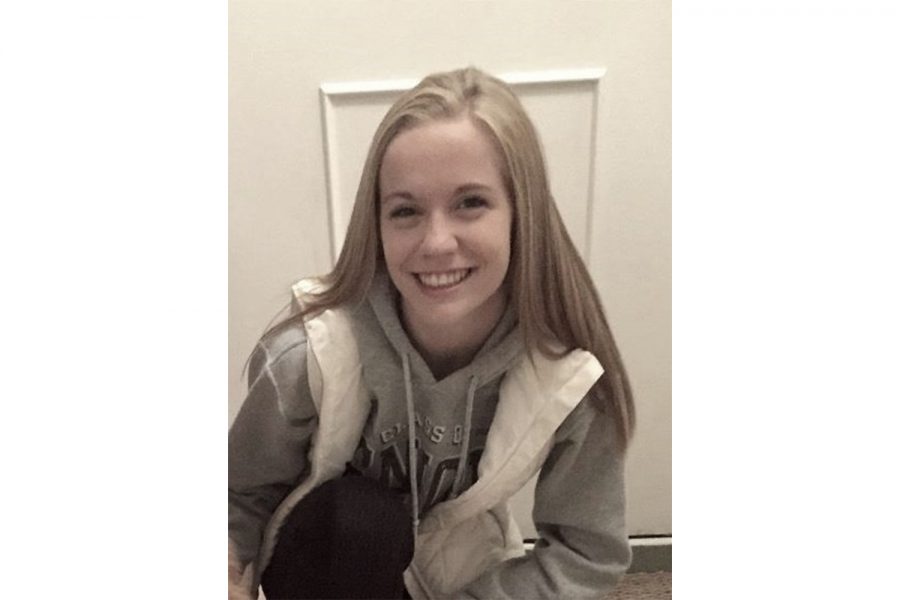 The University of Iowa on Friday announced the death of fourth-year student Kenzie Gamble, 21, a Dance Marathon member throughout her college career whose dream was to work at the UI Stead Family Children’s Hospital.

According to Gamble’s obituary, the Bettendorf, Iowa resident died Dec. 16 of ovarian cancer. She studied pre-physical therapy and human physiology with minors in health and human condition, and psychology. Gamble was a 2016 graduate of Bettendorf High School.

A Dance Marathon member since her freshman year at the UI, Gamble held mini Dance Marathons, fundraisers, and garage sales in addition to typical fundraising for the student organization, and “always considered the Dance Marathon more than a club, it was family,” her obituary said.

“Kenzie loved dance from the time she was a very little girl,” according to her obituary. “After many years of taking classes at Midwest Dance Academy, Kenzie then started helping teach classes and equally loved teaching dance to the younger dancers. Many Saturdays the entire day was spent at the studio learning, choreographing and teaching dance.”

A GoFundMe fundraiser in honor of Gamble, set up in February 2018, has raised more than $23,500. Donations will go toward funeral expenses and paying off Gamble’s student loans, and any remaining money will be donated to Dance Marathon in Gamble’s name, the GoFundMe states.

“Kenzie was the epitome of a fighter and a true warrior,” the GoFundMe states. “She was loved by everyone who met her, a bright shining light for all. Kenzie worked endlessly to raise money for children who were facing their own health battles, even when she was so sick herself. It is amazing how someone so young made such an impact and touched so many people.”

In an email to the UI community, Dean of Students Angie Reams said the UI encourages students to reach out to resources and support systems on campus following the death of a fellow student and member of the community.

For students or community members who would like to speak privately with University Counseling Services, students may call 319-335-7294 to arrange an appointment. The Faculty and Staff Services Employee Assistance Program is available for faculty and staff, and can be reached at 319-335-2085.