While students say the stress of college life can make following the complex impeachment proceedings difficult, many in Iowa City are trying to stay informed.

Attendees are seen gathering together during the Impeachment Rally on Tuesday, Dec. 17, 2019 at the Ped Mall in downtown Iowa City. Multiple speakers from the Iowa City area shared their opinions on President Trump’s impeachment process. (Hannah Kinson/The Daily Iowan)

In the midst of finals week, students packed the main floor of the University of Iowa’s library, some studying intently, and others chatting with friends while national lawmakers debated whether to impeach the sitting U.S. president.

First-year student Nathan Larsen livestreamed impeachment proceedings on his laptop just before the House of Representatives voted to impeach Donald Trump, the third president in U.S history to be impeached.

“I’m procrastinating – that’s why I’m watching,” Larsen said. He’s an economics major, and was watching the hearings live with over-the-ear headphones in the crowded library. “It looks like [Trump] is going to get impeached in the House, but I don’t know too much about it.” 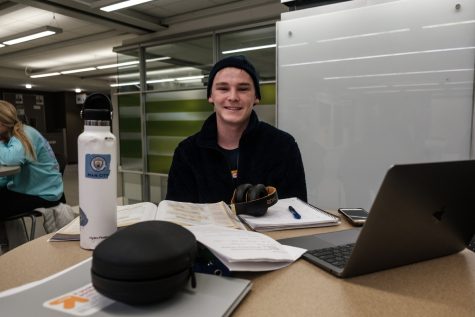 During the busiest week of the year for university students, many found time to tune in to the impeachment proceedings. The Daily Iowan asked students throughout the week on their thoughts of the impeachment hearings and vote.

Many say being a student can make it difficult to follow the news.

“It’s hard to take all your information from one source. It’s important to get a bunch of different sources to be informed, and I don’t feel like I have the time to do that with a lot of issues – especially [impeachment,]” Larsen said. “I wouldn’t say I’m fully informed, but I have a general grasp of what’s happening.”

Frederick Boehmke, a faculty adviser for Hawkeye Poll, said the research didn’t find a dramatic difference between age groups, but that some differences existed.

“It’s not one of those cases where there’s a nice smooth trend with age, but there are some differences,” Boehmke said.

The Hawkeye Poll didn’t study how closely Iowans are following impeachment, Boehmke said, though there are some national polls that have asked the question.

The impeachment proceedings officially opened on Sept. 24 in response to allegations that Trump withheld foreign aid to Ukraine in exchange for an investigation of political rival and 2020 Democratic-presidential nomination candidate Joe Biden.

Wednesday, the House of Representatives approved the articles of impeachment, setting into motion a trial in the U.S. Senate.

“This is going to make history”

Lauren Fuller, a sophomore studying political science, said she considers herself engaged with politics, but even as a political-science student, it can be hard to keep up. She was studying for a final exam in a class on the presidency the night before the House voted to impeach the president.

Fuller said she hopes to pay more attention to the impeachment during winter break — once she’s done studying.

“I really want to [pay more attention] — this is going to make history. It’s going to be a big deal, and [I want] to be a part of it and to know what’s going on,” Fuller said.

Fuller, a member of the UI Democrats, said the impeachment process did not change her opinion of President Trump. She said she has never approved of the president, though the impeachment decision did solidify those feelings.

John Lyons, a junior studying English and creative writing, said he’s also been watching the impeachment hearings while studying and reading for classes. 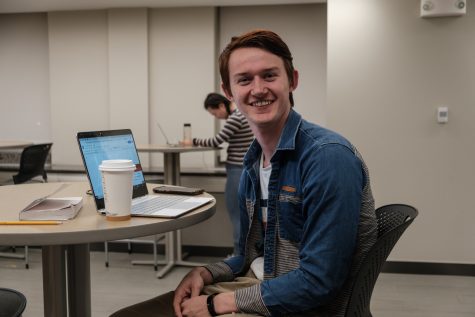 “I think people are talking about it. I hear that kind of buzz going around, and certainly, the English crowd can be very political, so I talk about it with them,” Lyons said.  “I don’t want to generalize, but I don’t know if I would hear the same kind of conversation going on in different buildings and with different majors, but at least in the English building I hear it.”

First year Grace Bowling said she hasn’t been following the inquiry closely, and has never had much of an interest in politics.

“I’m just not really into it — I’ve never been in to it. I’m sure when I get older I will be,” Bowling said.

Bowling said she does plan to vote in the presidential election in November, but said she plans to pay more attention to the race in the new year when she is less busy with finals.

A crowd gathered on the Pedestrian Mall in Iowa City Tuesday night, the eve of the House vote, and braved the frigid weather to rally in support of impeaching President Trump. 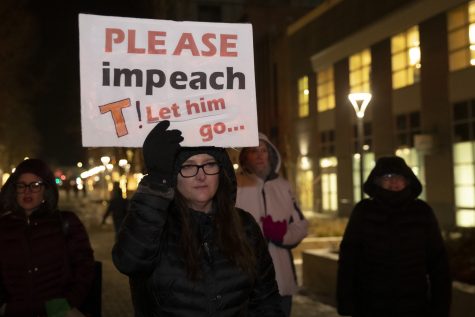 Hannah KinsonAn attendee holds up a sign during the Impeachment Rally on Tuesday, Dec. 17, 2019 at the Ped Mall in downtown Iowa City. Attendees gathered outside to listen to speakers share opinions on President Trump’s impeachment process.

While a few students could be seen among the crowd, the group was mostly comprised of older adults as local lawmakers and activists took the stage.

Bohannan-Kumar, 17, said she felt it was important to voice her support for impeachment and her frustrations with a lack of action from lawmakers.

“I think a lot of young people have been extremely frustrated with the inaction we’ve seen from our government that we’ve been seeing for most of our lives,” Bohannan-Kumar said. “This is kind of a culmination of some of those feelings for me, because every issue that matters to young people comes down to whether our political system is working.”

Bohannan-Kumar, who is involved with Iowa City advocacy group Students Against School Shootings, said her class schedule as a high school student can make it difficult to watch the impeachment proceedings live, but she tries to keep up with the news as much as possible. 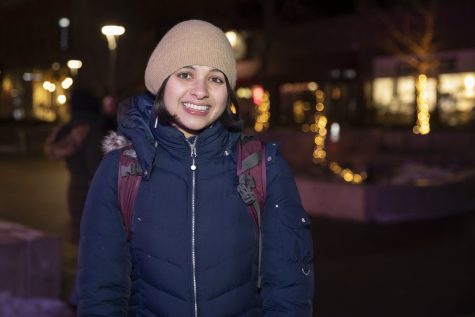 Hannah KinsonCity High School’s Senior Class President, Mira Bohannan-Kumar, poses for a portrait after the Impeachment Rally on Tuesday, Dec. 17, 2019 at the Ped Mall in downtown Iowa City. Bohannan Kumar was one of the speakers during the rally who shared opinions on President Trump’s impeachment process.

“I think for young people trying to find out what’s going on, it can be very difficult because we’re not there or able to watch what’s going on so it’s really important to be reading about it and understanding what’s going on,” Bohannan-Kumar said.

Jack Bryson, a first-year student and founder of student organization Hawks for Trump, is immersed in conversations about politics all the time, he said. He studies political science, and chose to live in the dorms near other students interested in governmental affairs as a part of the UI’s “Political Matters” Living Learning Community.

“I’m sort of a nerd for that kind of stuff — politics and how it goes about in the course of history,” Bryson said.” I’ll listen to podcasts, read articles, browse social media for information. I would consider myself informed on the issues.”

Like many of the Republican members of Congress said on the floor Wednesday, Bryson said he doesn’t believe there’s concrete evidence to prove President Trump committed impeachable offenses.

“I personally think it’s an overreach by the House,” Bryson said. “What we think here is that you can’t impeach someone based on the presumption of being guilty. There’s no stone-cold evidence, there’s no hard facts that prove a quid pro quo.”

UI senior Nick De Stefano says he has been following the impeachment proceedings, but is more focused on elected Republicans in Iowa. He is working to get students involved in the congressional campaign for Bobby Schilling, a candidate for the House of Representatives in Iowa’s 2nd Congressional District.

“I’ve been following it, but I’m really just trying to get Republicans elected on a congressional level. But with the impeachment, I think if you read the transcript, there’s no evidence,” Destefano said. “I think the Democrats, for the past two or three years, they’ve been trying to undo the 2016 election, and they’re trying to do it through impeachment.”

Iowa’s three Democratic U.S. Representatives all voted to approve the articles of impeachment, and the sole Republican, Rep. Steve King, voted against.