Researchers at the University of Iowa recently released findings that show a connection between loneliness and a person’s exhibition of impulsive behaviors like spontaneous spending or eating. 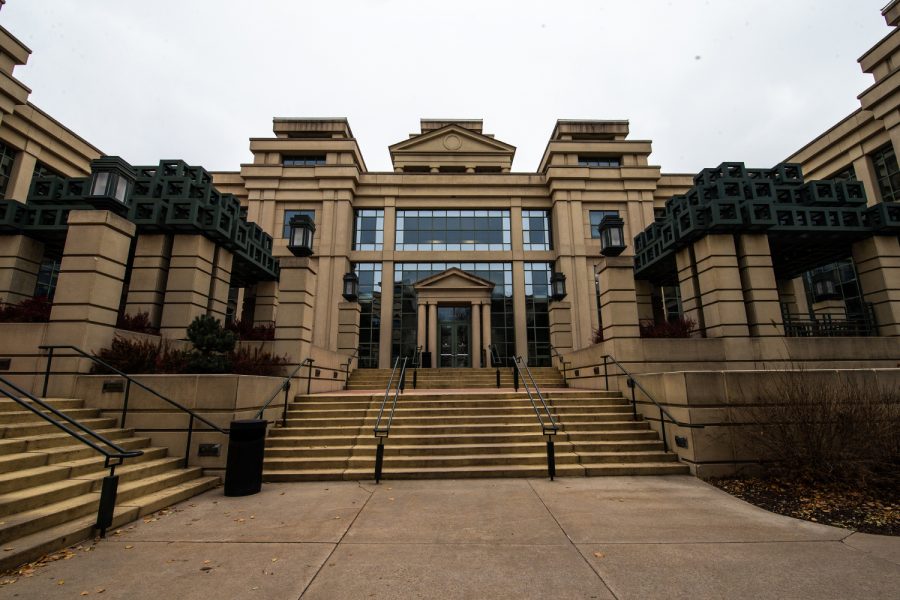 The Pappajohn Business Building is seen on Monday, November 12, 2018.

Researchers at the University of Iowa say people who feel lonely are more likely to engage in impulsive behaviors, such as unplanned spending or over-eating.

Alice Wang, professor of marketing in the UI Tippie College of Business, said she began researching loneliness in 2007 and has since studied how loneliness can affect different kinds of behavior.

Her research shows lonely people are more likely to make impulsive decisions because a relationship deficit is at the forefront of their minds — which can lead to losing track of the amount of money they spend or the number of chocolates they eat in a day, she said.

“We have shown that loneliness leads to impulsive behaviors because it depletes people,” Wang said. “When people are lonely, that’s the most important thing they are thinking about.”

“There are different kinds of loneliness. We have a large circle of friends, colleagues, and people from the same town that we feel belonged to,” Wang said. “We also have a qualitatively different kind of need for intimate attachment. When people are young, the target of the intimate attachment is likely their parents; when they grow older, it becomes significant others.”

These two kinds of loneliness don’t replace each other, Wang said. In certain circumstances, if someone lacks an intimate relationship, she said, being with more friends and colleagues won’t satisfy their need for a significant other.

“Feelings of loneliness can be manipulated. It’s easy to manipulate lonely. So, if you ask people to think about their connections to other people, they can feel less lonely,” said Cathrine Cole, a marketing professor at the UI who studies consumer behavior.

Loneliness is more prevalent among young people today, she said. From a university perspective, students may feel lonely because they are thinking of going home for winter break. But faculty would prefer that students think about their connections at the university, connections to their family, or how they are connected to the world before feeding into impulsive behavior, she said.

“I think during this time of year people, especially students who are experiencing being away from home, are more at risk for impulsive spending or eating,” Cole said. “It’s now, when the students could be more impulsive when seeing their families is so close.”

“I think people should make sure they are aware of the connections they have all around them,” Cole said. “Knowing that you have a quality relationship with someone can make the feeling of loneliness more controllable.”

Jaden Wadas, a junior at the UI, said that his impulses can stretch away from just spending or eating when he experiences loneliness.

“I impulsively do things like go somewhere, drive somewhere, or randomly reach out to someone I haven’t spoken to in a while,” Wadas said. “And if I have anything else more important that I should be doing, I feel myself trying to avoid it with something impulsive.