28 years of passion for the Iowa City Public Library: Maeve Clark leaves for a new opportunity

Effective Jan. 3. the Iowa City Public Library’s Adult Services Coordinator Maeve Clark will retire after 28 years. Clark is passionate about a good read and looks forward to the new opportunities that her retirement will open up for her. 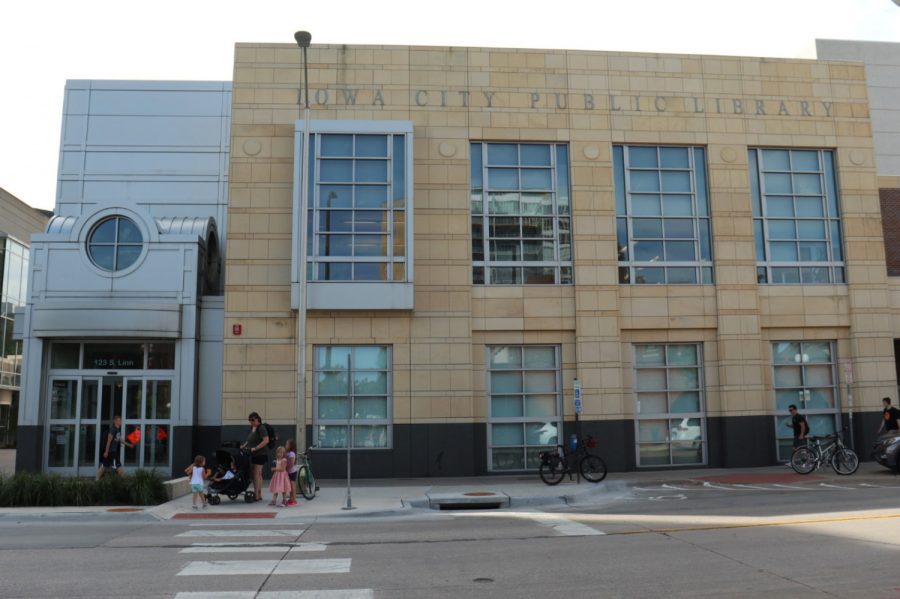 The Iowa City Public Library is seen on Monday, September 16, 2019.

For nearly three decades, Maeve Clark has brought a passion for books and a desire to tell stories to the Iowa City community, as the adult services coordinator for the Iowa City Public Library. Now, Clark will retire, stepping away from the librarian desk.

“I wanted to live in a community that had a university, but I just so happened to fall into this fantastic job here, surrounded by people who were doing wonderful things,” Clark said. “That changed my whole attitude about what kind of a library I wanted to work in.”

Clark said that one of the things that she loves most about her job is that she gets to interact with all sorts of people. If she were in another profession, Clark said she doubts that she would have met the people she has helped over the years or made the connections that have helped better the library.

Susan Craig, former director of the Iowa City Public Library, said Clark is a great librarian because she is incredibly community orientated.

“Maeve knows many people from many walks of life and has such a variety of interests that she could talk to people about just about anything,” Craig said. “She’s just a very big people person, which is a little unusual in librarians, since we’re such an introverted [group]. I’m always in awe of how she can make friends with anybody.”

Craig said that Clark gave to the library so much more than what the job demanded. Clark served as a welcoming colleague, she said, always ready to provide impartial answers or information to anyone who asked.

“I know that people think if you work in a library all you do all day long is read books, but you really don’t,” Clark said. “Now I’ll be able to concentrate on catching up with a lot of things I haven’t read. Coming here as a customer, I’m sort of excited to do that. It’ll be weird not to be sitting behind the desk, but to be in front of the desk.”

Jeanette Carter, former head of the library’s reference department, said that the library community will miss Clark serving in an official capacity.

“I am sorry that the library is losing such a valuable member, but she will surely expand her presence in the community and will continue to represent the library through her volunteer activities,” Carter said. “I wish her well.”

Clark is currently a board member of Friends of Historic Preservation and a volunteer at FilmScene. She wants to continue putting time into both organizations, she said. In between those opportunities, Clark said she hopes to travel, garden with her friends, adopt a dog and a cat, and catch up on her reading.

Clark said that she plans to remain involved at the library by becoming a volunteer at the used bookstore, The Book End. However, Clark said she is still in denial that her time at the library is coming to a close — but is nevertheless excited.

“I feel very fortunate to live in Iowa City and be able to work at the public library. The organization as a whole is really thoughtful, and the sense of continual improvement is evident everywhere,” she said. “It’s been a joy, and in many, many ways has been a wonderful opportunity. I look forward to the library prospering and growing and being part of the learning generation now as opposed to being a part of the teaching generation.”