Benders Studio in Iowa City works to stand out by promoting self-worth, positivity, and body empowerment in their classes instead of dieting and fitness. 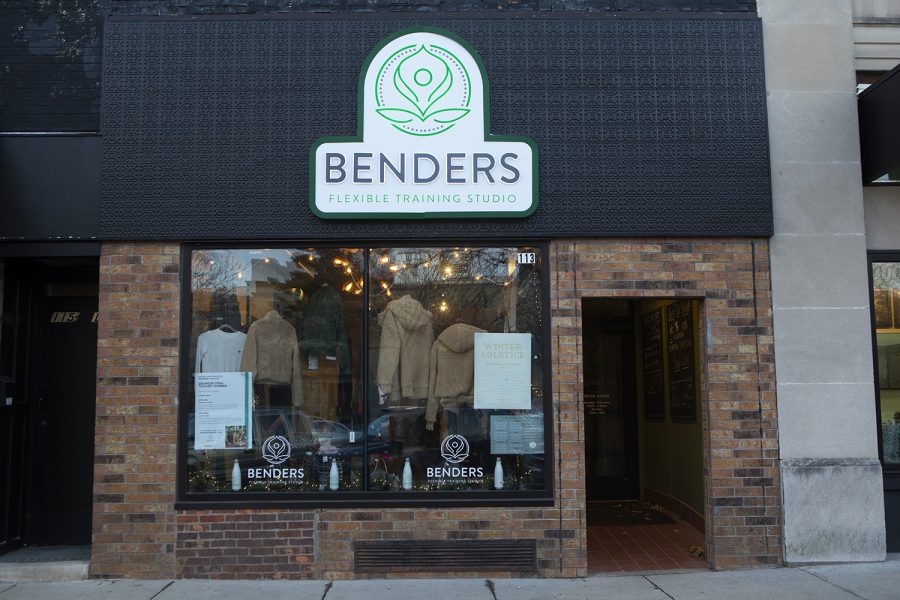 Benders Studio has taken a new approach to yoga fitness in their first year of business, with an emphasis on promoting body empowerment and fostering a sense of community in Iowa City.

The studio opened in January, hoping to set itself apart from other yoga studios in the downtown area by using new techniques.

Benders Studio owner  Cara Flynn began working in the fitness industry in 2010 and said she has faced body issues for many years. To combat this feeling in others, she said, Benders’ focus shifts people away from the idea of fitness and dieting to a sense of self-worth and personal betterment instead.

“I hated that portion of gyms and studios that focused on dieting — that’s not something that everyone needs to do,” Flynn said. “I never want to put [food and fitness] together, not even in my own mind.”

Morgan Hash, Benders Studio manager, said that Benders does a good job of breaking the stereotypical mold that is associated with yoga. The goal is not to lose weight or be overly flexible, she said, but rather it’s about people owning their power and loving themselves.

“It’s very refreshing in the world of Instagram and all the other social media chaos to come in and be thankful for the things that we have and not worry about the scale number, just feeling healthy and confident and strong within ourselves,” Hash said.

Benders also aims to create a strong sense of community within the studio in order to make members feel safe and welcome, Flynn said.

Morgen Bermel, a member of Benders since its opening, said she feels like the studio is a safe, non-judgmental place. There’s a sense of community and connection to the instructors and other members that keeps her motivated to go, Bermel said.

“They really focus on self-worth and empowerment, and that you can direct your life in the way that you want it to go. No matter what progress you make is progress,” Bermel said. “Any time I get on my mat, I feel good because at least I showed up, at least I did the class, rather than if I got every pose perfect. I don’t feel like I have to compare myself to my neighbor. That’s what’s kept me going back there.”

Bermel said she went to other studios outside of Iowa City prior to Benders’ opening but felt that the bigger class sizes disrupted any sense of community. At Benders Studio, she said, the small class sizes allow for a focus on the group as well as the individual.

“The instructors use very positive affirmations and wording in their instructions. I get told ‘Beautiful pose’ or ‘That’s beautiful’ at least a dozen times throughout class,” Bermel said. “That makes me feel wonderful, because how many times do you get called that or even thought that in our environment or society enough times?”