In the final weeks before the holidays, Systems Unlimited Art Program, an organization that supports artists with disabilities, will host its first ever holiday sale. 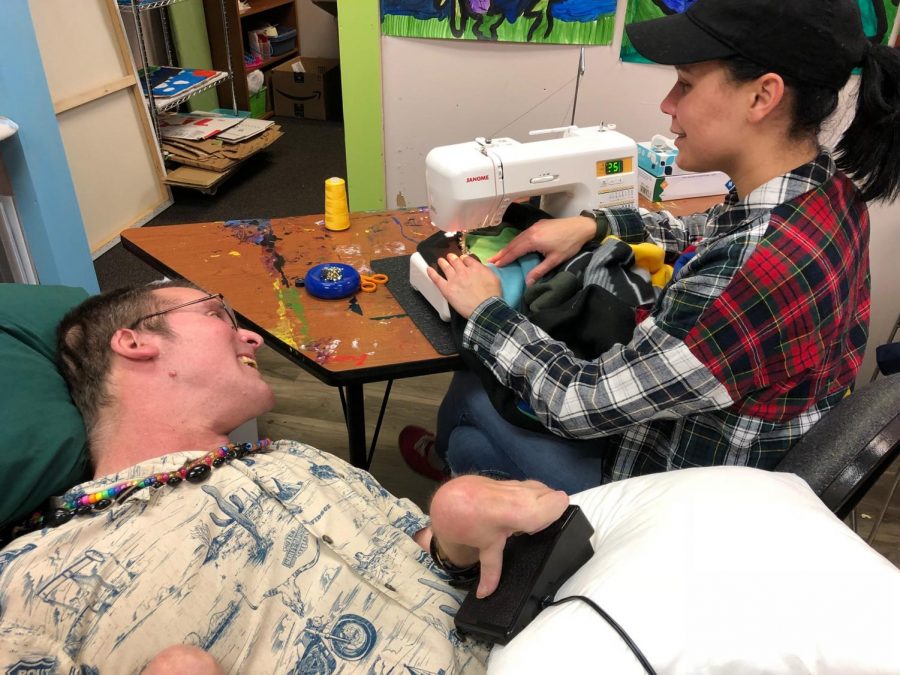 Drafting a new legacy at the Environmental Education Center, Systems Unlimited Art Program put on their first ever holiday art show from Dec. 14 to Dec. 15.

Grace Locke Ward, one of the organizers of the show, proposed the idea in response to observing the creative talent of the people Systems Unlimited serves. An organization assisting those with disabilities, Ward said the events should show the work of talented creators.

“We realized a lot of our individuals are artists,” said Ward. “We didn’t have a specific program to help cater to these creative individuals.”

The SUI Artist Studio program has, in fact, only been around for around a year and a half, according to Ward. In her six years at SUI, various programs has always integrated arts and crafts into their routines to allow creative expression; however, now the artists in the newly crafted program spend their whole day at SUI crafting and creating in the Studio program — allowing for true creative spirits to flourish.

“It made my dreams come true that I can be somewhere where I can make art,” said Isaac Wolf, an SUI artist.

Wolf has received services through SUI since 2011, and has used the program primarily to craft perler bead pieces. He said he has also been able to learn how to operate a sewing machine as a result of his time spent in the studio.

Megan Krapf, another SUI artist, said she crafts ornaments and gifts that she gives to those she cares about. A self-described perfectionist, she said she is constantly looking to create and craft new ideas until she gets them right.

“I started doing art in high school and I loved it,” Krapf said. “I didn’t have a chance to do it regularly again until the SUI Art Program.”

According to Ward, the program currently houses around 30 individual artists and one instructor — Cherelle Shay. Shay, having been with the agency for six years, said she is also an artist in pastels and oil paints. She said her job is to assist the artists in achieving their vision without accomplishing it for them.

Ward calls this the “No Touch” policy, saying Shay is not meant to directly touch the artwork. Able to grab artists machinery and supplies, aiding them in learning how they function, and offering constructive feedback, Shay said she is thrilled with the work she does.

“I enjoy seeing SUI Artists make artwork that reflects their imaginations,” said Shay. “I want the community to get to know who we are and what we do so we can have the opportunity to expand and serve more artists.”

Ward says she has seen the impact of the program on SUI’s members, and she says she hopes the public can see the mass amount of talent in the artists work that they will be able to bring the sale back for next year.

“I think what the program has done is it lifts everybody’s spirit,” said Ward. “It reminds that everyone can be creative. No matter what your limitations may be, it is possible to create with the right tools.”