My byline has been in this paper since August 2015. Here’s what I have to show for it. 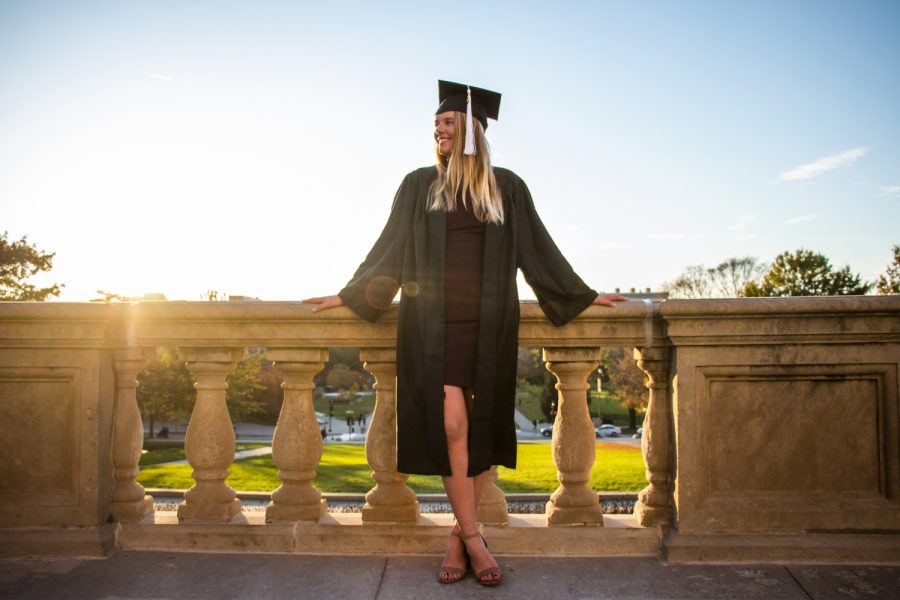 A few days ago, on the ninth dead week of my ninth and final semester at the University of Iowa, a student a few years younger than me asked if we could meet for coffee to talk about The Daily Iowan. She was interested in getting involved in campus journalism, and like me she was interested in telling stories on the environmental beat.

Over a cappuccino at Cortado, she looked so much younger than me. Being a fifth year, I make the unfair assumption that I’m old compared to everyone around me, though 23 is not old. I tried to think back to when I was 18 and writing my first story for the DI. I remember sitting on the floor in my dorm, in a building on the west side that doesn’t exist anymore, calling my first source.

She asked me how to find sources, or story ideas, for that matter. I recalled late nights Googling “Iowa City environment,” following link after link to a dead end. After weeks of researching, reporting, meeting people, and attending events, I told her I finally got a grasp of what was going on in Iowa City regarding the environment, and discovered what stories weren’t being told.

My favorite stories were born out these discoveries, I said to her. A look back at locals’ memories from the 2008 flood on its 10th anniversary. A student who picked up dead birds hitting campus buildings for a scientific study. A 24-year-old farmer getting through her first season running her own organic farm. A class of preschoolers reducing their community’s straw use to help save baby turtles. A quirky tree on the Pentacrest that broke hearts when it fell in a midnight storm. 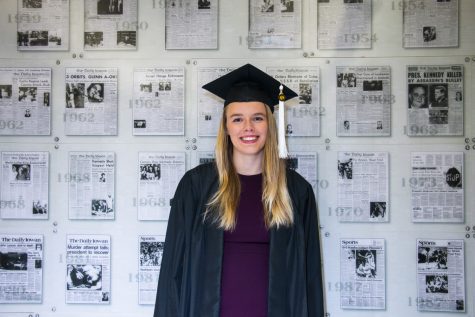 Though storytelling is fun, I figured she also should know about the culture at the DI. We’re entirely student-run. Your bosses are students; they may even be younger than you. But we all share a common interest and work ethic. We are truth tellers. We’re driven to learn. We respond instantly to breaking news. We’re always working on something, and there’s always something to show for our work. We love journalism and seek to fulfill the role of the Fourth Estate.

A big perk of the DI, I told her, is that we teach each other. Every day, someone tells me something I don’t know about broadcast, web design, the 2020 election, Hawkeye basketball, or Iowa City history. Whenever a project crosses my desk, I quickly learn about how hard it can be to get a proper diagnosis, or the pitfalls of insulin pricing, or the Iowa River’s nitrate pollution problem, or the story behind Iowa wrestling’s rise to power.

Drinking her coffee slowly, she seemed excited about it. I told her this newsroom has become my home. The dorm on the west side and later my house on Lucas Street were just places where I kept my stuff. At the DI, I found my best friends. I discovered my passion for environmental journalism. I learned skills that led me to unbelievable opportunities.

Heading into my long-awaited graduation this Saturday after my nine semesters, I told her the best piece of advice I could give is to stick with something.

I stuck with this publication. The DI will forever be what I did while I went to the UI. I dedicated myself wholly. My loyalty never wavered. This newsroom and the people in it are what I will remember about the last four-and-a-half years.

This is where I wrote nearly 150 stories, interviewed countless sources, and edited over 1,000 articles. This is where I experimented with digital strategies and managed long-form storytelling.

I covered the deaths of fellow students. I live-tweeted heated debates at campus forums. I spoke with a survivor of the Las Vegas shooting. I listened to crying mothers recalling their fear as their children underwent treatment for rare diseases. I compiled memories, broke down reports, and shone a light into normal people’s lives.

I learned from my mistakes. I leaned on my mentors. I found my people.

I loved every minute.