On the Line: Bowl Edition

Bowl season is finally here, and The Daily Iowan staff makes its picks for the final games of the college football season. 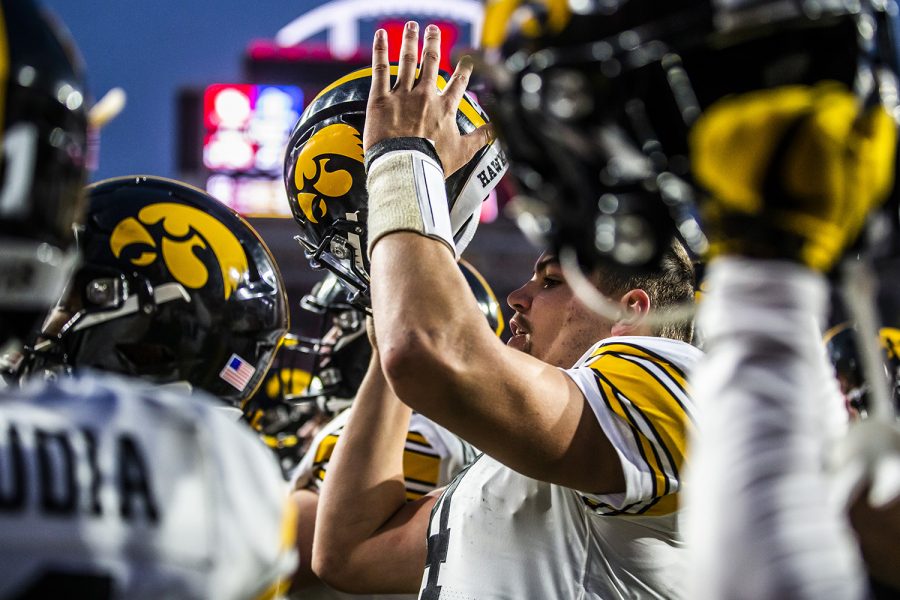 Jon Rawson, DITV Director (41-19): Iowa — This is a fitting matchup, unlike the glove. Does the jury agree?

Kayser: LSU — The Sooners should bureaux themselves into the ground after this one.

Mills: LSU — Yeah, good luck beating it in New Orleans if it wins this game.

Overton: LSU — Sooner the game is over, the sooner the Oklahoma players can get back to their cousins.

Rawson: LSU — Every time I think of Joe Burrow I wonder where I went wrong in life.

Brummond: LSU — Nebraska… what could have been?
No. 2 Ohio State vs. No. 3 Clemson
Ruden: Ohio State — One of these schools has played at least one team with a pulse.

Kayser: Ohio State — I hate to say it, but I want OSU in the championship. I don’t know why.

Overton: Ohio State — The battle of who gets to lose in the championship game.

Brummond: Ohio State — Root for the conference.
No. 9 Auburn vs. No. 16 Minnesota
Ruden: Auburn — Auburn is the most random color to name a school after.

Kayser: Minnesota — P.J. Fleck annoys me, but I’m being generous with rooting for Big Ten teams.

Read: — P.J. Fleck is coaching in a stadium that has a boat in it.

Mills: Auburn — Took Minnesota 10 wins to get to the Outback Bowl this year. Very cool, guys!

Overton: Auburn — P.J. Fleck fighting off some Pirates? Now that’s a fight that’s going to be closer than the game.

Rawson: Auburn — Me and Minnesota have one thing in common: our fun doesn’t last very long.

Brummond: Auburn — The dinghy has sprung a leak.
No. 7 Oregon vs. No. 11 Wisconsin
Ruden: Wisconsin — Duck hunting szn.

Kayser: Oregon — Lol, sorry Wisconsin — the above statement does not apply to you.

Read: Wisconsin — Jonathan Taylor is the most under-appreciated player in the country.

Mills: Wisconsin — Wisconsin played two great quarters against OSU, which is actually the best anyone has done all year.

Overton: Wisconsin — Roses are Wisconsin Red, and Oregon Green is the color of the other state plant.

Rawson: Wisconsin — Remember when Justin Herbert was the top QB in the 2019 class? LOL, marry me, Joe Burrow.

Brummond: Wisconsin — Why wasn’t Jonathan Taylor a Heisman finalist?
No. 5 Georgia vs. No. 8 Baylor
Ruden: Georgia — Baylor? More like Fail-or, am I right?*

Kayser: Georgia — So close, Georgia. So, so close.

Read: Baylor — Georgia went with Jake Fromm over Justin Fields, which appears to be the wrong decision.

Mills: Baylor — Baylor is back.

Overton: Georgia — The last time a team was scared of Baylor, it had Shawn Oakman as a team captain.

Rawson: Georgia — Baylor is finally in the top 10 in something other than most deplorable NCAA programs. @ Art Briles.

Brummond: Georgia — Top-rated game for fans of defense and low scoring.
No. 9 Alabama vs. No. 17 Michigan
Ruden: Alabama — Roll Tide could also be Tulane’s motto.

Kayser: Michigan — I really don’t know why but I think it would be nice to see Michigan beat Bama.

Mills: Alabama — I don’t know what to say to the Iowa fans who wanted to play Alabama in the Citrus.

Overton: Alabama — Even the Michigan boosters are cheering for Bama.

Rawson: Alabama — Jim Harbaugh flirts with baristas at Starbucks. I have no reason to say that, but I’d bet on it.

Brummond: Alabama — Bama doesn’t care to be there and still rolls.
No. 13 Penn State vs. No. 15 Memphis
Ruden: Penn State — Drake has 100 cousins out in Memphis, but they don’t play football.

Kayser: Penn State — Congratulations, Penn State. I’m not impartial to rooting for you.

Read: Penn State — We can all be glad that UCF no longer represents the American Conference.

Mills: Penn State — As a reward for your great season, you get to play a Group-of-5 school in Arlington, Texas.

Overton: Penn State — Going to be one of the best catfights we’ve seen since Bhad Bhabie and Woah Vicky.

Rawson: Penn State — Memphis is decent, but Penn State is better. And yes, I’m referring to covering up scandals.

Brummond: Penn State — Big Ten depth, Exhibit A.
No. 6 Florida vs. Virginia
Ruden: Florida — Tim Tebow should still be in the NFL.

Kayser: Florida — Not even a contest. Next.

Mills: Florida — As a reward for your great season, you get to play a mediocre ACC team that was actually toward the top of the conference.

Overton: Florida — No, we’re not talking about Tim Tebow celebrating his marriage.

Rawson: Florida — Tim Tebow didn’t leave Florida with a bang, but he plans on starting his marriage with one.

Brummond: Florida — Virginia’s first Orange Bowl won’t be a memorable one.
No. 14 Notre Dame vs. Iowa State
Ruden: Iowa State — Now my family can’t be mad at me.

Kayser: Notre Dame — Somehow this seems unfair, but it’s Iowa State, so I’m OK with it.

Read: Notre Dame — Iowa State is the reason people will watch this game.

Mills: Notre Dame — Congrats, Notre Dame! As a reward for your great season, you get to play in the Camping World Bowl.

Overton: Notre Dame — Best part about the Camping World Bowl is that the Iowa State fans can hide in their tents during the entire game.

Rawson: Notre Dame — One of these schools had a culture change recently. The other is Catholic.

Brummond: Notre Dame — At least someone has to lose.
Southern Mississippi vs. Tulane
Ruden: Tulane — “The person who picks these games sucks.” -Everyone on here

Kayser: Southern Mississippi — When I googled this game, baseball was the autofill instead of football. That tells you something.

Read: Tulane — We’re picking this instead of Nebraska’s bowl game?

Mills: Tulane —  If Tulane had made the CFP, the championship would’ve been a home game.

Overton: Tulane — Hasn’t Southern Mississippi dealt with enough torturing waves in the past?

Brummond: Tulane — What the heck is a green wave?