DI Arts best of the decade

As 2019 comes to an end, so does the decade. With so many pieces of art released in the past nine years, the DI Arts staff picked some of their personal favorites. 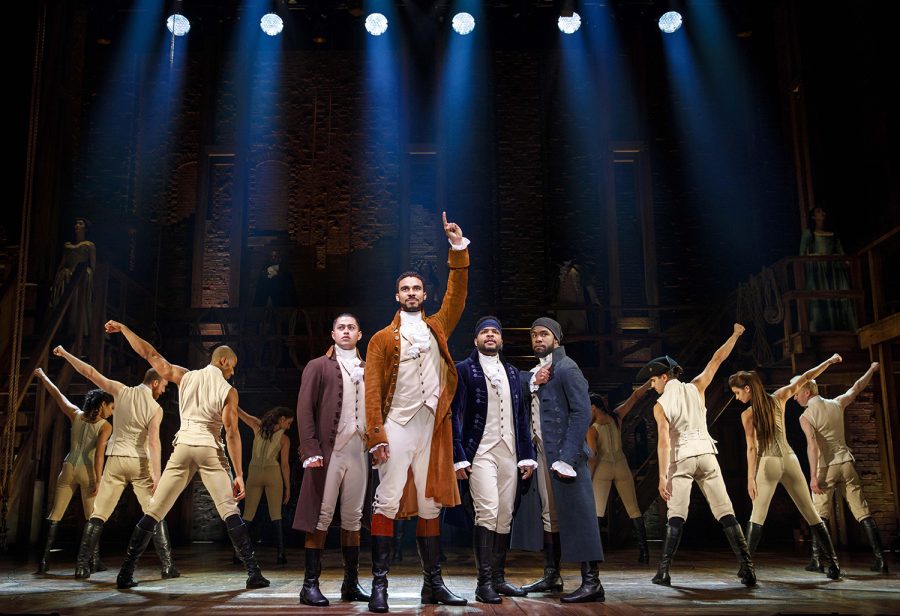 The musical Hamilton will be at the Kravis Center Jan. 28-Feb. 16. rr[Photo by Joan Marcus]

Best Films: Spider-Man: Into the Spider-Verse, Parasite, and The Artist

In a decade that birthed a world of superheroes, iPhone-filmed cinema, and award-winning streaming films, the industry found new depths in the 2010s.

The animated film Spider-Man: Into the Spider-verse showed viewers something new in a world filled with reboots, and crossovers. The film played with the superhero mythos in a way that no other mainstream movie has done in the past.

Into the Spider-Verse not only took something people know and saw many times before and made it into something new, it stripped away all the cinematic baggage of the past interpretations, and found the raw center of what makes people love the genre.

The Korean film Parasite is arguably the most social representative film of our time. It follows how a financially struggling family systematically infiltrates a wealthy household by means of domestic labor, through a driver, nanny, and tutor.

The film plays with such a whimsical tone and cutting dialogue that it perfectly melds with the dark and explosive third act.

The Artist takes the audience through the dichotomy of the relationship between Valentin and rising star Peppy Miller (Bérénice Bejo). As the story rolls along, Peppy rises to stardom while George’s plummets into the ground.

The production of The Artist is almost ironic because as George’s silent film career is coming to a close, the audience is immersed in a silent world of black and white.

The film ends on a sweet note with what I believe to be a better tap dancing scene than Singing in the Rain, and is unmuted for its last minute on screen, revealing the accents of the characters. It’s no wonder that The Artist won best picture in the 2012 Oscars and has remained the best picture in my heart for the remainder of the decade.

This past decade saw a number of standout albums in the music world. Personally, my heart swings toward Florence and the Machine’s album High as Hope as my personal winner, being a raw and heart-wrenching, yet renewing piece.

Ranking right up there on the emotionally charged, darker-sided albums would be Lorde’s Melodrama and Lana del Ray’s Norman F— Rockwell. They all capture such a visceral and surreal sense of emotional existence. 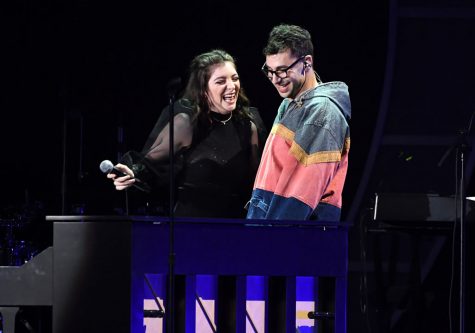 TNSJack Antonoff plays backing piano for Lorde, one of his many collaborators, at the 2017 iHeartRadio Music Festival in Las Vegas, Nevada.

One final mention in the mix sticking closer to the acoustic end of the music spectrum is Kacey Musgraves’ country album Golden Hour. The emotional complexity and aesthetic of the album are enough to earn it a mention, yet the soft, smooth vocals of Musgraves whisk listeners off into a dreamy haze.

Hamilton is nothing short of a work of genius. If we could travel back in time to the 2000s to tell people that a rap musical about Alexander Hamilton would win 11 Tonys, I don’t think anyone would believe us. Now, it’s the musical that everyone expects to be on this list.

Hamilton redefined what musical theater could be and who could be a part of it, both onstage and within the Broadway community.

By casting people of color as prominent people in American history, including George Washington, Thomas Jefferson, and Alexander Hamilton himself, the show’s creator, Lin-Manuel Miranda, opened the door for POC to have a place in two historically white spaces: Broadway, and United States history.

And he did it by creating masterful songs and a brilliant narrative that audiences will remember well into the next decade and beyond.

Nothing beats the tour de force that is Fleabag. Nothing this decade was quite like its season two romance that was both surreal, quirky, and down-to-earth. The show’s ability to slip so easily between drama and comedy is truly admirable.

The decade brought on dozens of shows featuring anti-heros such as BoJack Horseman, an animated alcoholic half-horse, half-man voiced by Will Arnett. The show perfectly blended comedy with the all-too-troubling realities of life and corruption of show-business.

RELATED: The Crown’s new season gives an excellent performance for audiences who love/hate the royal family

When it came to dramas of the decade Mad Men takes the top spot for being a unique blend of a John Cheever story within the lens of Michelangelo Antonioni.

Second to it is fellow AMC series, Breaking Bad, providing the adrenaline rush that reminded us how to experience television weekly. Complete with a gritty storyline, incredible acting and a satisfying conclusion, this series was a clear defining moment in the lifespan on 2010’s television. 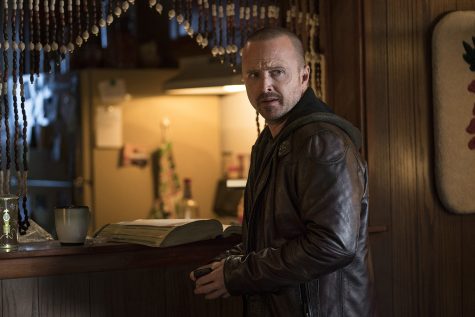 Best Books: Station Eleven and Between the World and Me

Station Eleven by Emily St. John Mandel is a beautiful and haunting novel that weaves the story of the world and humanity as we know with a second and far darker story of a society made cruel and hopeless after the ravages of an apocalyptic contagion.

Despite the heavy subject matter in Station Eleven, there is an unmistakable light in the darkness. The book shines brightest when St. John Mandel details all the beauties and complexities of humanity, showing why the ways we live and the ways we love are worth protecting.

Between the World and Me by Ta-Nehisi Coates is a book written as a letter to the author’s 15-year-old son, who is beginning to become fully cognisant of the fear and anger that will follow him throughout his life as a black man in America.

Weaving intellectual arguments with emotional and deeply personal prose, Coates details the moments and experiences in his life that shaped his understanding of race, from his difficult childhood in Baltimore to the wrongful murder of a college friend at the hands of the police.

Between the World and Me is a challenging and thought-provoking read, and Coates refuses to soften his arguments with unrealistic optimism. This book does not predict a solution to America’s racial injustices, nor does it offer any sort of false comfort. Nevertheless, it is nothing short of enlightening.

Best Video Game: The Last of Us

The 2010s were a big year in the world of gaming, but in particular changed the idea of what people thought a video game could be. That game was The Last of Us, released in 2013. The post-apocalyptic game is not your average zombie killing adventure. It is a tour de force of suspense, drama, and heartbreak.

The game follows the journey of two main protagonist. Joel, an aged man who loses his daughter in the first chapter of the game, and has become morally compromised after decades of surviving in the new world. The other side of the story is Ellie, a teen that was born after the world has fallen to pieces, and has recently discovered she is immune to the fungus disease.

The plot shows the pair in their mission to get across the country to find the rumored last operating science lab, with the hopes to make a cure.

From the very first chapter, players will experience a sense of drama, tension, and engagement that was unheard of before in popular modern gaming. The video game throws players into a dark, gritty world, where both the infected and horrible bandits lurk behind every corner.

Yet, the game finds such beauty in both its atmosphere, character relationships, and acting, that it’s hard to find a game similar. Once someone finishes The Last of Us, they will have felt they have experienced not only an amazing game, but a work of noteworthy art.

While each actor has their own specialty, whether it’s playing the bad guy in a crime film, the idiot in a comedy, or even just background roles, they all put a lot of time and effort into what they do.

The best actress, still going at the age of 97 years old, is Betty White. With long-term roles such as Elka in Hot in Cleveland, or just a couple appearances in shows such as That 70’s Show, Betty White has shown the world that no matter how much the world has changed since she started acting in 1939, she can still make people laugh.

The best actor, from shows such as Criminal Minds and voice-acting in Alvin and the Chipmunks, is Matthew Gray Gubler. Gubler has been acting since 2004, expanding to producing, directing, writing, editing, and even painting throughout his career. For 15 years, Gubler has played Dr. Spencer Reid on Criminal Minds, and his talent has only grown since he began.