After a memorable first album release show, Hannah Frey will likely be another great local artist to see in Iowa City. 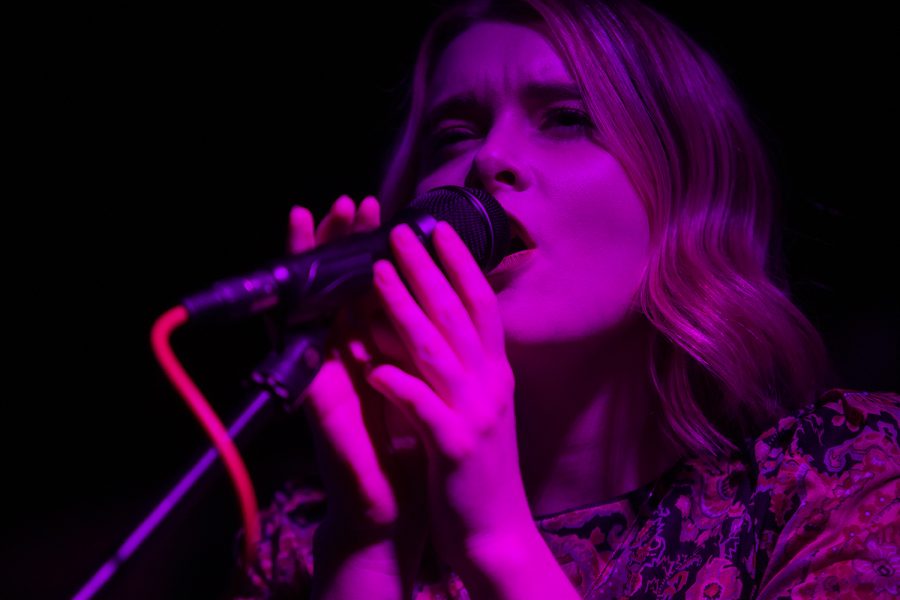 Trumpet Blossom Cafe hummed with the noise of an excited and passionate crowd. The venue was filled with attendees waiting for local musician Hannah Frey to start.

Frey’s first album White Picket Fences comes out Dec. 13, but concert-goers got to hear songs off the new record at the restaurant.

Frey is an artist that is early in her career but seems to already be delightfully crossing the lines of indie alternative with the intimate acoustic sounds of folk. In her first single “Ghost,” Frey paints a beautiful melody that is filled with her mature and freely structured vocals.

The show began with the thumping of bass when Ivory James, a band that self-identifies as “popfunksoulectro,” stepped on the purple light color show. With the funky first song at the top of the set, the band continued to find its footing as the sound system stumbled at first for a moment.

Related: Anthony Worden and the Illiterati hope to rock their retro love in upcoming concert and new album

The band then continued their opening set with a song that dove into synthesizers, a foundational bass line, and an electronic voice microphone. But the music throughout the performance lacked due to overly simple lyrics and vocals.

However, the musicality, both instrumentally and vocally, improved as it went, making for a smooth, jazzy ‘80s pop sounding opener for the night. 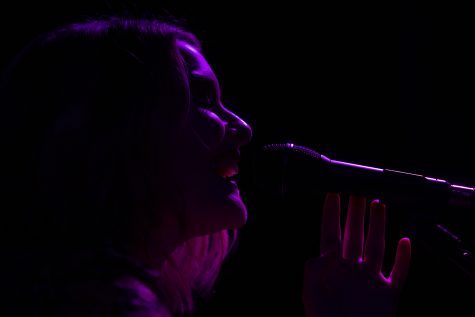 The crowd grew from a small crowd to dozens of concert-goers as the night progressed.

Young Charles then began the second set of the night with a bang. The guitar styles of blues and rock were sprinkled through each of the bands performance, with their later songs bring bands like Sublime to mind.

But the show didn’t fall into place until Frey walked onto the stage. She started the show with a strong, minimalistic, and personal song, it was enough to tame the rowdy crowd. Once the first song finished, the audience erupted in cheers.

Frey then continued to warm the audience with her distinct voice. She played her acoustic guitar sincerely as audience members watched her fingers lightly glide over the strings.

As the set progressed, themes of love, youth, and anxieties were heard throughout, showing the deeply personal side of Frey’s sound. Frey’s showed styles of country, folk, and indie while she performed.

The opening bands brought a complementary flare to Hannah Frey’s already unique style even with a rocky start and a strangely conversation-heavy crowd. Frey then ended the night with her single, “Ghost,” which brought down the house.

“I’m over the moon,” Frey said to the cheering crowd as the show finished.

After a memorable first album release show, Frey will for sure be another great local artist to see in Iowa City.