Iowa put its foot on the gas early to topple Iowa State for the second season in a row. 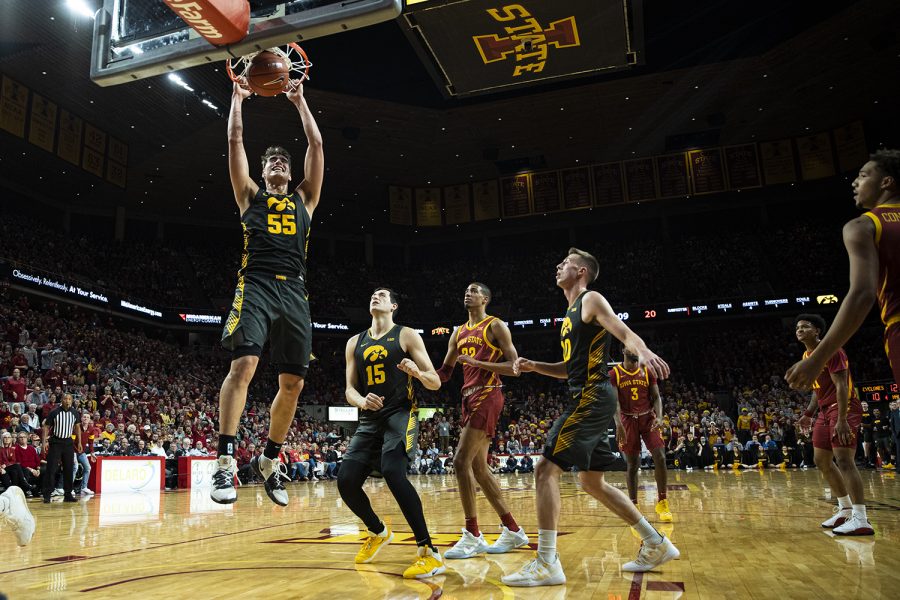 Iowa started off fast in this season’s Cy-Hawk battle, and it didn’t let up, as the Hawkeyes cruised to an 84-68 win over Iowa State in Hilton Coliseum on Thursday.

The Hawkeyes started the game hot from beyond the arc, hitting four of their first six attempts. They missed their next 10 shots from deep but kept their big lead by going inside.

That’s where Luka Garza feasted. Garza dropped 21 points on 9-of-16 shooting and grabbed 11 rebounds, six of which came on the offensive end.

When Iowa State attempted to start a comeback at the beginning of the second half, Jordan Bohannon and Connor McCaffery hit two 3-pointers within 15 seconds of each other to tame the Hilton crowd that had come to life.

The Hawkeyes finished the game 10-of-28 from deep.

Iowa will take an eight-day break before it faces Cincinnati in Chicago in its next game at 8:05 p.m.