Former Housing and Urban Development Secretary Julián Castro, a Democratic presidential-nomination candidate, said the Hawkeye State should move to a primary and lose its first-in-the-nation status in a visit to the Latino Native American Cultural Center. 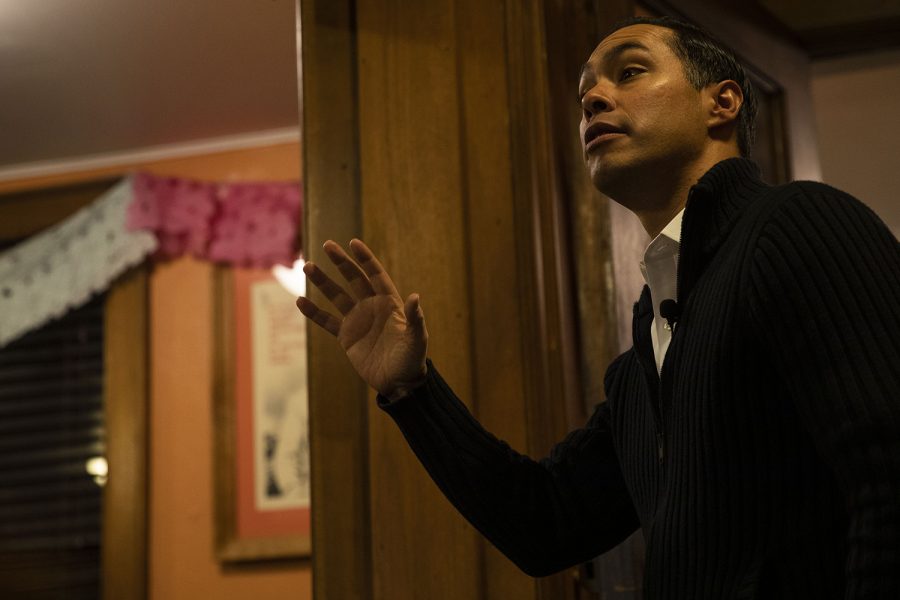 Presidential hopeful Julián Castro held fast to his criticism of Iowa’s first-in-the-nation caucuses on Wednesday at a visit to the University of Iowa Latino Native American Cultural Center, hosted by the Association of Latinos Moving Ahead.

Around 80 people filled the center to see Castro speak about his campaign’s goals, which he said focuses on fighting for the most marginalized communities. He spoke about his “People First” agenda, touting his plans for health care, housing, and other topics. 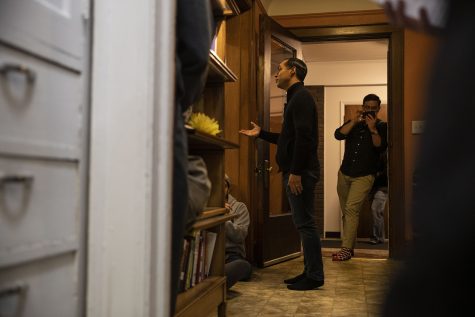 Castro, who has been a vocal critic of the Iowa caucuses in the last month, was asked during his Iowa City stop about how to improve the problems he has identified with the caucuses. On Tuesday, Castro held a town hall on the caucuses at Drake University in Des Moines where he outlined his concerns.

While Castro said there were positives to the caucuses — caucusgoers, he said, are more involved than voters in other states and take the process more seriously — the state’s demographics aren’t representative of the national population and the Democratic Party.

“Since the time when the Iowa caucus became the first voting opportunity in 1972 … our country and party have diversified a little bit,” Castro said.

Castro suggested the Democratic National Committee, which oversees the primary process, form a task force to decide new rules for state order in the nominating calendar. He suggested a system that rotates states so that no state goes first repeatedly.

Iowa Democrats are almost evenly divided over whether to switch to a primary or keep the state’s status as a bellwether for presidential politics, according to a September Des Moines Register/CNN/Mediacom poll.

Castro also criticized the caucuses because of the lack of accessibility and the time constraints that he said are inherent in the caucus process. The DNC mandated the Iowa caucuses offer a form of early participation to expand accessibility this year. After a phone-in caucus plan failed to clear a security hurdle, Iowa is implementing satellite caucuses, which will allow Iowa Democrats to set up a remote location and to caucus ahead of the evening of Feb. 3. He said the caucuses go against the goals of the Democratic Party to expand access to voting.

“Iowa needs to revamp its caucus process because it just makes it very inconvenient for a lot of everyday people to step up and participate,” Castro said. 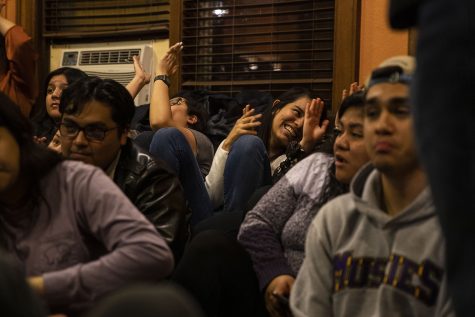 UI senior Naomi Marroquin, 22, president of the Association of Latinos Moving Ahead, said she was excited about the opportunity for students to meet Castro, adding that she appreciated the representation he brought to the presidential race.

“I think it’s cool to see someone who looks like us running for presidential candidacy,” Marroquin said. “And I think it’s just a more intimate setting and meeting, so I think it would be really cool for students to connect.”

She said she plans to caucus and is leaning toward pledging her support for Castro. But, she said she needs to do more research on the candidates in the race.

Latino Native American Cultural Center Thomas Arce, 29, said he sympathized with some of the criticisms Castro brought about diversity in the Iowa caucuses. Arce said he had studied the Iowa caucuses while attending the UI. He added that he plans to caucus, but is still deciding.

“There’s a difference between what is tradition and what is then moving forward and thinking about, ‘How do we craft our own narrative as a country in some way?’ ” Arce said.