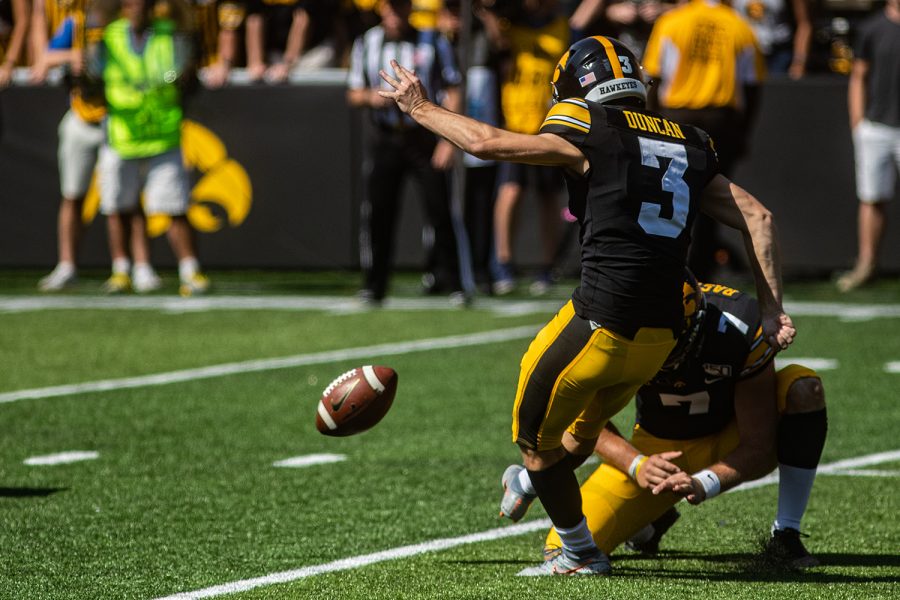 Duncan has been named Big Ten Special Teams Player of the Week this season on three separate occasions for his performances against Iowa State, Illinois, and Nebraska. He netted for field goals against Iowa State and Illinois before nailing a 48-yard game-winning field goal to down the Huskers.

Wirfs, who won the Big Ten’s Rimington-Pace Offensive Lineman of the Year award and was a first-team All-Big Ten selection, started nine games at right tackle and three at left tackle.

Wirfs was also one of six semifinalists for the Outland Trophy.

Epenesa has now earned first-team All-Big Ten honors for the second season in a row. The Glen Carbon, Illinois, native leads Iowa with 13 tackles for a loss, nine sacks, and three forced fumbles.

In his last three games, Epenesa has recorded 4.5 sacks, eight tackles for a loss, and two forced fumbles.