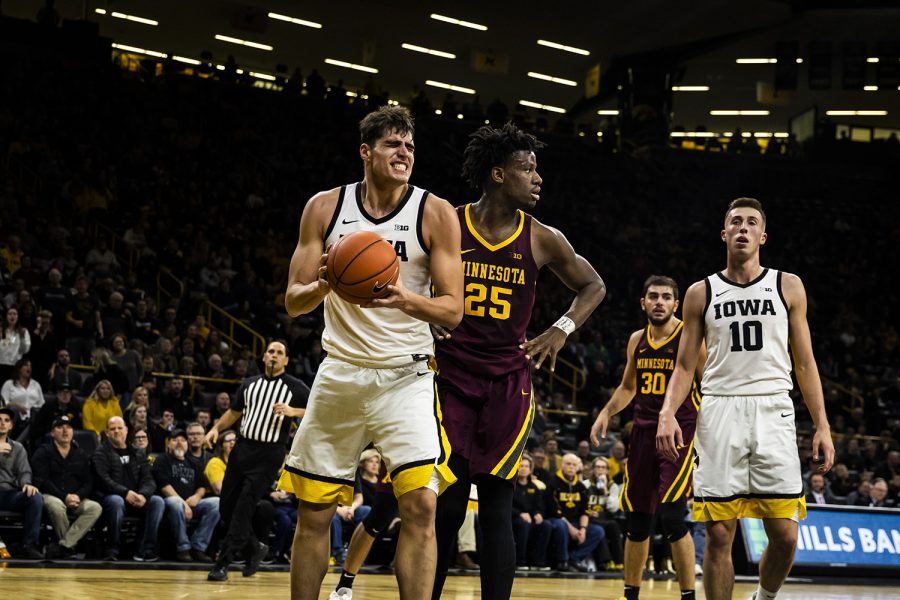 Iowa center Luka Garza reacts during the men's basketball game against Minnesota at Carver-Hawkeye Arena on Monday, December 9, 2019. The Hawkeyes defeated the Gophers 72-52. Garza played 30 minutes during the game.

The national honor is voted upon by the U.S. Basketball Writers Association.

Garza averaged 33.5 points, 8.5 rebounds, and shot 55 percent from the field in road games last week against Syracuse and No. 4 Michigan.

Garza’s 44 points are the most by a Big Ten player since Purdue’s Glenn Robinson scored 44 against Kansas in 1994.

On Dec. 3, Garza led Iowa to a win in the ACC/Big Ten/Challenge against Syracuse. Garza posted game bests in scoring (23) and rebounding (9).

Garza and the Hawkeyes next play at in-state rival Iowa State on Thursday at Hilton Coliseum in Ames.