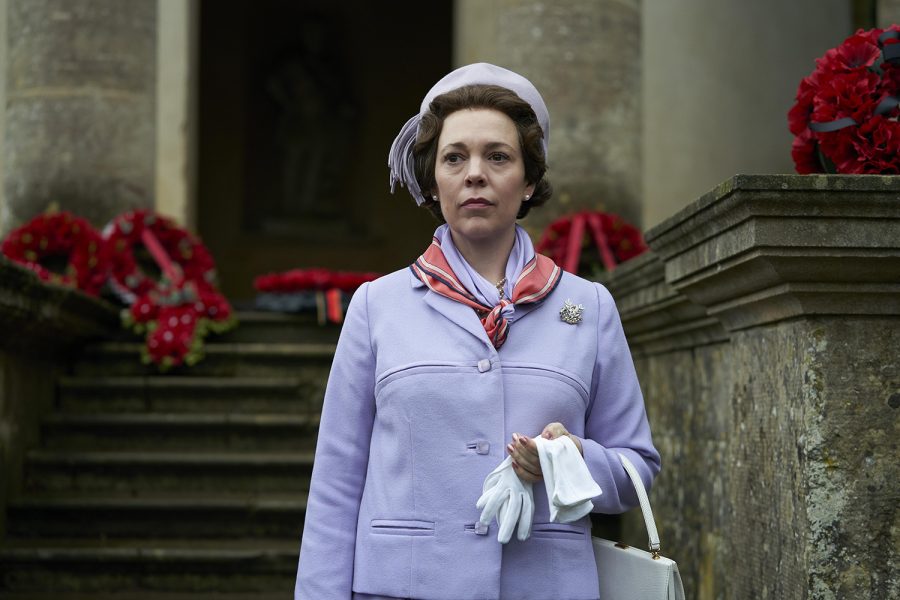 Olivia Colman takes over as Queen Elizabeth II for the third season of The Crown. [Des Willie/Netflix]

I’ve always been intrigued by the British Royal Family for two reasons, the first being that it was one of the few monarchies to survive World War I. The second is because I have no choice.

My mother is an avid Princess Diana fan, so it is almost redundant to say that she indeed scowled at the young version of Prince Charles while watching season three of Netflix’s original, The Crown, over fall break.

Deep into the reign of Queen Elizabeth II (played by Olivia Colman), the country has fallen into turmoil in the show’s third season. With the country’s leaders trying to avoid devaluing the pound, the Queen holds a sense of detachment from the commonwealth while dealing with her dysfunctional family. Colman does an excellent job playing a character as unlikeable as the queen, giving audiences the urge to keep clicking “play” even though the queen is particularly despised this season.

With its sharp writing and deep character arcs, viewers are given the opportunity to peek into the lives of characters like Princess Margaret Rose (Helena Bonham Carter) and Prince Charles (Josh O’Connor.) Both characters have their own internal and external struggles because of their royal heritage. But these arcs cannot be done without the actors displaying raw vulnerability and willingness to manifest what rock bottom looks like for their roles.

All my life, I’d been programmed to dislike Prince Charles for cheating on Princess Diana with Camilla, Duchess of Cornwall. However, I couldn’t help but feel sorry for him when his family meddled in his relationship with Camilla when he was young. Even my mom felt bad, which truly shows just how good of a job The Crown does with storytelling. Season three presents the complicated relationships between royal family members, leaving you rooting for a certain member in one episode and for another member in the next.

One of the most fascinating character arcs is that of Prince Phillip’s mother, Princess Alice of Battenberg (Jane Lapotaire), who lived separated from her son in Greece because of a misdiagnosis of schizophrenia. By bringing her into the story, we were able to identify Alice’s side of the story, instead of Phillip’s one-sided viewpoint from seasons one and two.

And can we talk about the cinematography? The shots of various characters driving into Buckingham Palace has altered into The Crown’s signature film-making angle, which I am predicting will receive some sort of prestigious award during awards season this year.

Even though it’s received high praise, many people have taken to the internet, saying that Camilla was not cast well and that the Queen’s jubilee day was not factual. With Camilla in mind, I am left to wonder who will be cast as the beloved Princess Diana in season four? Who will be willing to take on such a role?

Grumbles aside, The Crown gives an extraordinary performance for anyone who is either a fan (or not a fan) of the royal family. Any character can be seen as an antagonist or a protagonist, resembling our ever-growing complex society where good and evil blend together. For its cinematography, character arcs, and acting, I would boldly say The Crown is worth wearing for the whole season.