The Hawkeyes will get a chance to face a historically dominant USC program in the Holiday Bowl on Dec. 27. 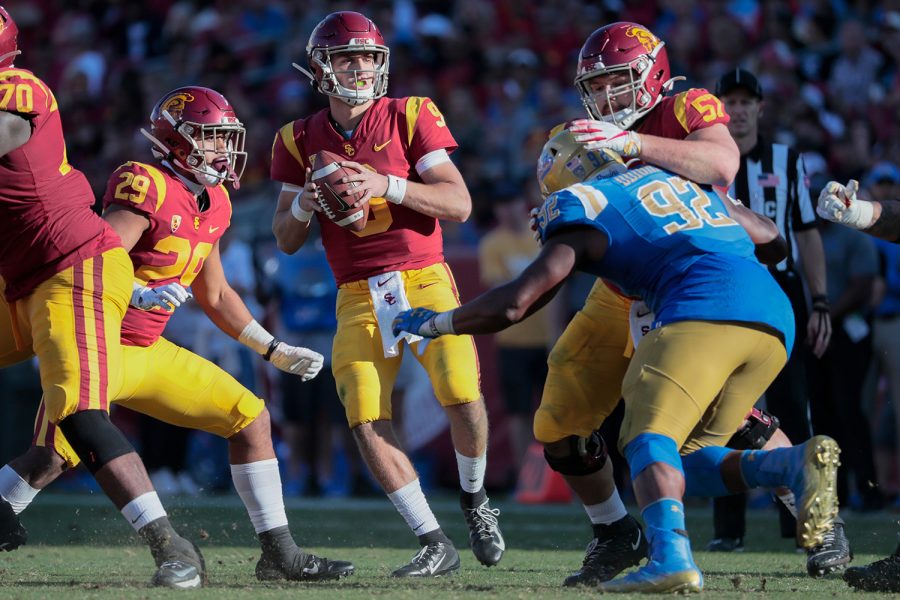 On Dec. 27, it’ll be fashion, movies, and big city lights versus cornfields, cowboys, and a small-town vibe.

While those stereotypes may or may not be true across the city or state, the play styles of Iowa and USC — which will face off in the Holiday Bowl in San Diego — are just as different as the cultures surrounding the colleges.

The Hawkeyes are known for turning under-recruited players into legitimate NFL prospects through hard work and player development, while the Trojans are a blue-chip program with a history that includes 11 national titles.

The Hawkeyes, who boast a 3-7 record against the Pac-12 in bowl games, last beat a team from the conference in 1995, when it toppled Washington 38-18 in the Sun Bowl.

In that time frame, the Trojans have taken home national titles during the Matt Leinert and Reggie Bush-led 2003 and 2004 seasons.

The opportunity to face such a historically dominant program doesn’t come around every season, so Iowa will relish its opportunity.

This Trojan team may not be the same as some of the teams that have come out of Southern California in the past, but it has posted solid victories throughout the season.

USC picked up a win over current No. 12 Utah — which will head to the Alamo Bowl to face Texas — and its four losses have come at the hands of BYU in overtime, Washington, Notre Dame, and Oregon. Those teams own a combined 35-14 record.

The Trojans have been a team forced to come up with a plan on the fly. Starting quarterback J.T. Daniels went down with a torn ACL in the second quarter of USC’s season-opener against Fresno State.

Since then, Kedon Slovis has taken over the starting role, amassing 3,242 yards, 28 touchdowns, and nine interceptions while completing 71.8 percent of his passes.

But in USC’s victory over the Utes, third-stringer Matt Fink took over and threw for 351 yards, three touchdowns, and a pick on 21-of-30 passing.

Despite missing out on a bowl last season, this Trojan squad has found out how to climb the mountain once again. But Iowa’s still looking to knock it down.

“When you think of college football, you think like Alabama, USC — the schools like that, the more famous schools,” defensive end A.J. Epenesa said.