In a forum, six Democratic lawmakers representing Johnson County pointed to neglected state services as the cause of the state’s budget surplus. 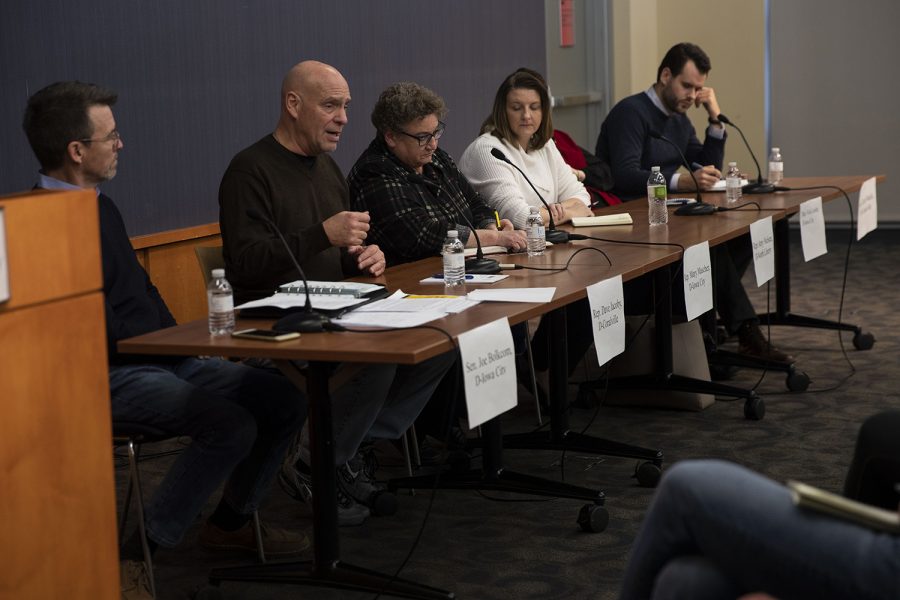 Although Iowa will close the 2019 budget books with a surplus of over $289 million, Democratic lawmakers from Johnson County characterized the extra dollars as a result of Republicans at the helm of state government neglecting social service programs.

“It’s easy to have a budget surplus when you underfund every area of state government,” Rep. Mary Mascher, D-Iowa City, said at a Sunday afternoon forum, which was hosted by The Daily Iowan at the Iowa City Public Library.

State revenue is expected to grow by 2.7 percent for fiscal 2021, the year for which the Legislature will make budgeting decisions beginning January 2020. Lawmakers at the forum called future surpluses misleading. A large share of the excess funds will have to go toward an increased payment to the managed-care organizations that run the state’s Medicaid program this year. In 2021, the state will bankroll supplemental aid to K-12 schools before the state sets budget priorities.

The forum encompassed lawmakers from Iowa City, Coralville, and North Liberty. The six state legislators in attendance discussed issues pertaining to health care, higher education, and the looming budget surplus – the most passionate discussions, however, circled around the dwindling of funding for Iowa’s three state universities over the past 10 years. 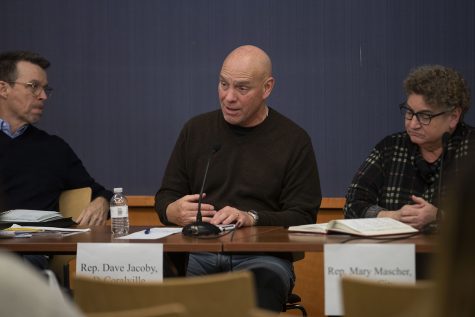 The bottom line, Jacoby said, is that the number of K-12 students in Iowa is stagnant, which will become a “larger issue” once this cohort reaches college age. To Jacoby, this statistic signifies the need to “remodel what our universities need to do” to not only serve Iowans, but to encourage enrollment from other states and countries as well.

In 2014, the state Board of Regents, which governs the three state universities, passed a “performance-based funding model” under the leadership of then-Regent President Bruce Rastetter that would have awarded state appropriations heavily based on in-state undergraduate enrollment.

The model would have shifted millions of dollars away from the UI to the other two state schools, but the Legislature never signed off on the proposal.

“For heaven’s sake, [Iowa] is still reeling from that idiotic performance-based funding for the regents’ schools,” Rep. David Jacoby, D-Coralville said. “… Now that has gone away, but we still have to deal with it in terms of how our universities are recruiting students.” 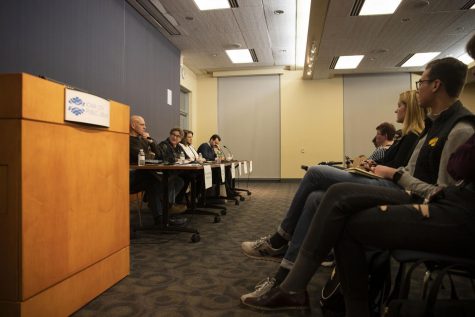 Rep. Vicki Lensing, D-Iowa City, jokingly apologized for the seemingly “bleak” landscape of education in Iowa being presented at the forum but added that the upcoming legislative session is an opportunity to reinvest in higher education.

Iowa Senate Majority Leader Jack Whitver, who spoke to the DI on Dec. 6, said the Republicans in the Legislature are being cautious in spending the state surplus, saying they are looking to return money to Iowa taxpayers in the form of a tax cut.

Whitver said he wants to build upon Gov. Kim Reynolds’ Future Ready Iowa initiative that would invest money into education and training beyond high school.

As the panelist who “most recently graduated from an institute of higher education,” Sen. Zach Wahls, D-Coralville, said rising tuition costs increasingly act as a barrier to entry for prospective students. For the Baby Boomer generation, Wahls said a semester of college could be paid with 300 hours of working a minimum wage job. Today, he added, the same semester of the same education is worth 4,500 hours of work.

“Things are changing and they’re moving in the wrong direction,” Wahls said.

Julia Shanahan contributed to this report