University of Iowa organization restores magic one child at a time

University of Iowa students recognized the need to provide recreational services for children staying in area hospitals — so they started the UI Moment of Magic chapter. 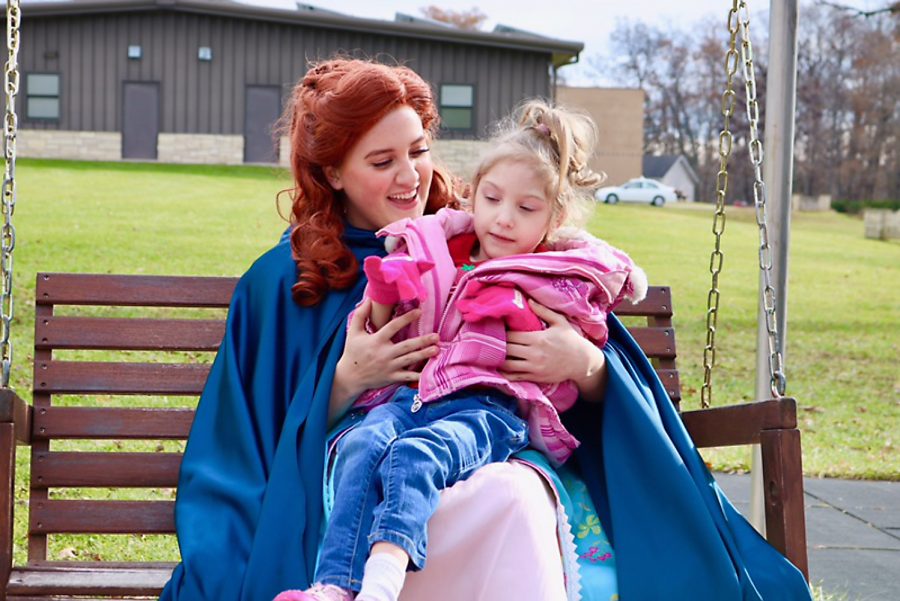 A young girl dressed in pink heels and a yellow dress from Disney’s Beauty and the Beast waited inside the Ronald McDonald House for a princess just like her to arrive. The moment Princess Anna from Frozen stepped through the front doors, the girl’s eyes lit up like stars.

Each of the nearly 20 university chapters follow the mission of “restoring magic at a time when a kid just needs to be a kid,” said UI Moment of Magic Chapter President Carsen Kurth.

The UI’s chapter became official this past spring, Kurth said, and now has five partnerships and nearly 60 members.

“[Iowa City] is a medical community, so there are many opportunities for us to go to hospitals or rehab facilities,” UI Moment of Magic Chapter Vice President Mae Hardie said.

The first step to becoming a character involves sending in photos and videos as part of an audition process, UI Moment of Magic Chapter Treasurer Jenna Nulle said. The national chapter casts based on what Disney character each member best embodies.

In Nulle’s case, her audition landed her the role of Giselle from Enchanted.

But before she could don her blue princess dress, Nulle underwent character training, she said. This training ranged from weekly meetings that taught her in-character skills to feedback from other chapters’ Giselle’s on how to best apply her eyeshadow, Nulle said.

Nulle wouldn’t describe her character as the most recognizable among the Disney pantheon. Even so, the very presence of a character can make a difference in the lives of the children she visits, Nulle said.

“We are an outlet and a distraction for a child,” Nulle said. “They don’t get to see a princess every day.”

“We hone in on person-first language and treating the kid like any other ordinary kid,” Hardie said. “You would never want to say that you’re working with a child who is in a wheelchair directly. We talk about inclusion.”

This focus on inclusion goes beyond interactions with children, Kurth said. For this reason, the organization hopes to diversify their character population in the future.

Currently, the UI’s chapter offers three characters for their visits: Giselle from Enchanted, Elena of Avalor, and Anna from Frozen.

RELATED: Kid Captain races into Kinnick to cheer on Hawkeyes 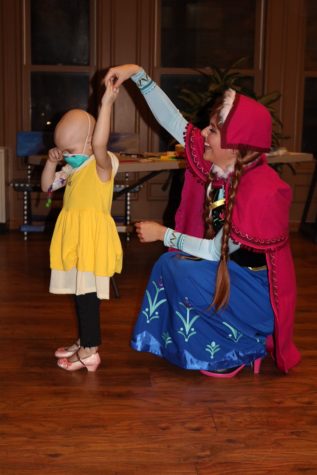 But the organization is set to introduce 38 new characters at a coronation ceremony later in December, Hardie said. Of those, only four are male.

It is Kurth’s hope, he said, that once more people see for themselves what these visits are like, they’ll be encouraged to get involved.

“We would like to partner with the REACH program to show children that maybe have a physical or a cognitive limitation that they too can be represented as a princess or a superhero,” Kurth said.

At times, a hospital can diminish a child’s imagination and sense of self, Hardie said.

It is for that reason that UI Moment of Magic Secretary Callie Dahlhauser believes their visits are so valuable.

“Many of these kids have just gone through chemo treatments, Dahlhauser said. “When you would think that a child would be so tired after having to go through that, they are just so excited to see the princesses and superheroes.”

Likewise, Dahlhauser added the students themselves apply value to their work.

“Characters remember each and every child they come in contact with,” Dahlhauser said. “They provide us with a sense of strength to do what we do for them. Everything is about the kids.”