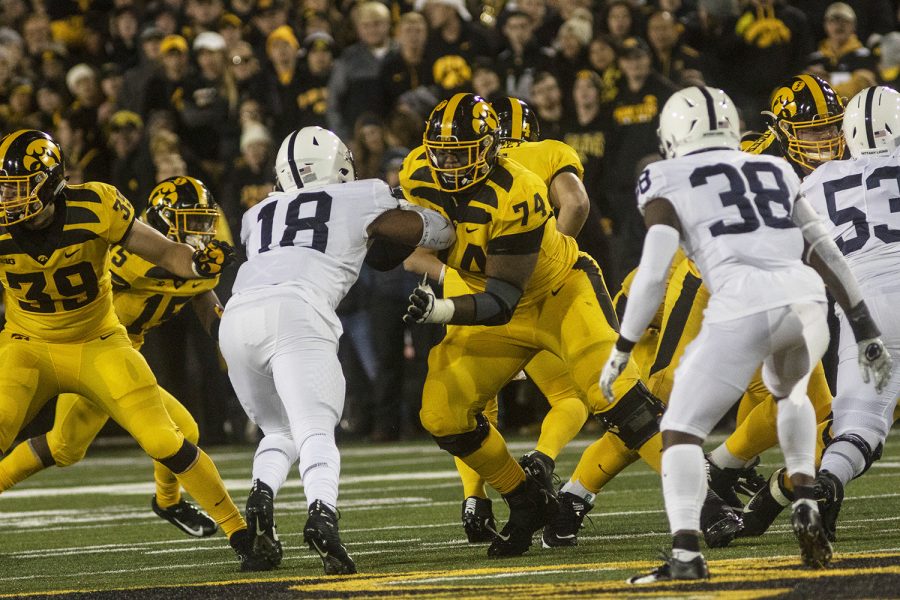 Along with being named a first-team All-Big Ten offensive lineman, Iowa junior Tristan Wirfs took home the title of the Big Ten’s Rimington-Pace Offensive Lineman of the Year, the conference announced Wednesday.

Wirfs, the eighth Iowa player to earn the honor, became the first Hawkeye to win the award since Brandon Scherff in 2014.

One of six semifinalists for the Outland Trophy, Wirfs started nine games at right tackle and three at left tackle when Alaric Jackson went down with an injury in Iowa’s season-opener against Miami (Ohio) on Aug. 31.

His versatility was key for an offensive line that dealt with shuffling players around for the majority of the season, especially when Jackson sat out with his injury.

Along with Wirfs’ first-team honor, Jackson earned a third-team spot from the conference’s coaches and media, while Tyler Linderbaum and Ihmir Smith-Marsette received honorable mention recognition.

Wirfs, Jackson, and Linderbaum played key roles on Iowa’s offensive line that helped the Hawkeyes average four yards per carry, up from 3.95 in 2018 and 3.76 in 2017.

Smith-Marsette, who won the Big Ten’s Rodgers-Dwight Return Specialist of the Year honor in 2018, led Iowa with 676 receiving yards on 42 catches.

Stanley ranked fourth in the Big Ten with 2,738 passing yards on a completion percentage of 58.9 to go along with 14 touchdowns and seven interceptions.

He ranks second in Hawkeye history in career passing touchdowns (66) and third in passing yards (8,089).