After searching for ways to improve the Bongo app, Cambus is now using the navigation service Transit to provide route information to users. 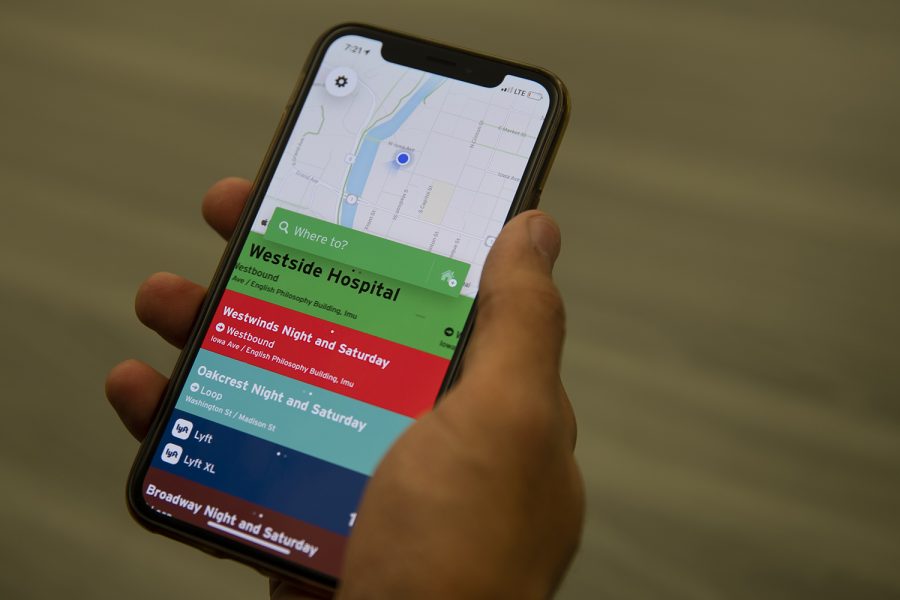 Users navigating the Cambus system will now have a new option to track the location of buses and plan their trips using the new Transit app, which will replace Bongo, the previous Cambus app.

Cambus Operations Manager Mia Brunelli said that switching to Transit — a Canada-based company that provides transit information for more than 100 U.S. cities — was easier than making improvements to the existing app.

“We had to look at either investing a lot of time and money into Bongo to make it into that and get some of those newer features or updated features, or just go with an app that’s already got all those features,” Brunelli said.

Some of the major complaints that users possessed with Bongo were lack of notifications on route delays and an incorrect display of bus GPS, she said.

“That was one thing that really bothered us about Bongo — it would say no buses running on that route and it looked like there was nothing running, or that it was less frequent than it should be,” she said.

Transit shows the scheduled time for routes if the GPS tracker for Cambus is not working, which allows users to still see a time estimate.

Brunelli said that, in the last four weeks, the app has had 2,500 active users.

“That’s encouraging, because I think students have the most variability in their schedules compared to faculty and staff who have a pretty routine schedule,” she said. “Making sure that the app works for a group whose using it four or five times a day — it’s really great to see them adopt a new [app] to use.”

The Bongo app will still be available through June 2020, at which point Brunelli said Cambus will evaluate if the app is still useful.

Brunelli said overall feedback on the Transit app has been positive so far, although there is an initial learning curve for users who frequently used Bongo.

“We’ve had people using the app now who used Bongo a lot, and we have people that have never really used Bongo, and they’re getting the app to try it out for the first time,” she said. “Some of the feedback we’re getting initially is for people who use Bongo a lot, initially it’s more confusing, because they’re using it a way that it’s not meant to be used.”

Brunelli said the app is free to use, and Cambus does not have to pay fees to Transit to use the app.

Cambus dispatcher Brandon Hu said the Transit app works better with the GPS system that Cambus is equipped with.

“It is a massive upgrade from Bongo. It has a better user interface that not only looks better but has more functionality,” Hu said. “It’s also integrated with bike shares and ride shares, and Transit is used in bigger cities, so even if you’re not in Iowa City, you can look at the Transit app and see routes near you.”