A glimpse into the past: UI will uncover time capsule with Communications Center demolition

A time capsule will be uncovered underneath the Communications Center when the UI begins demolition in 2020. 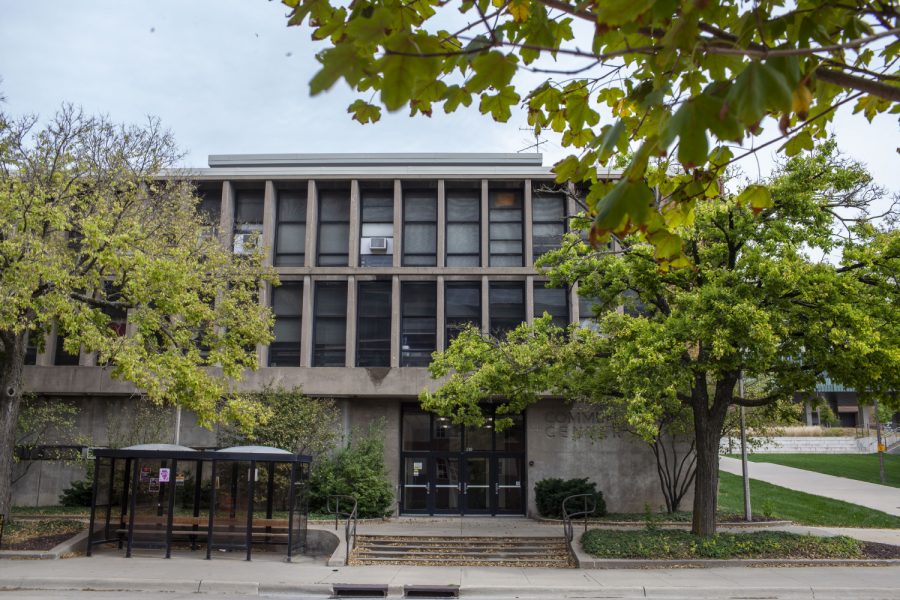 The Communication Center is seen on Thursday, Sept. 19, 2019. The Center is the former location of the UI School of Journalism and The Daily Iowan newsroom. The Board of Regents have voted to raze the building.

Demolition of the University of Iowa Communications Center, which is more than a half-century old, will uncover a time capsule placed beneath the building’s floorboards — 33 years before the capsule was supposed to be retrieved.

Moorehead said that construction fencing will be implemented in January, asbestos abatement on the Communications Center will occur through March, and the actual demolition of the building will begin in May. The budget for the project is $970,000, she added.

“Substantial completion will occur in early August,” Moorehead said. “Permanent restoration of the site into a greenspace with pedestrian plaza will occur under a separate project in 2021.”

RELATED: Bidding farewell to The Daily Iowan’s old home in the Communications Center

The DI reported in 1953 that the time capsule was slated to contain manuscripts, equipment items such as film and tape, and the script of a movie.

Former UI journalism professor Edward Mason was quoted in a 1950s DI article stating that the time capsule aimed to present an interesting and meaningful picture of the mass-media world of 1953 for the communications profession of 2053.

“Not only will it provide record of today, but it will also mirror our hopes and aspirations for the future,” Mason said at the time.

Longtime former DI Publisher Bill Casey said that it was time for the aging building to be torn down.

“It was a great location, but in the summer it was too hot, and in the winter it was too cold,” Casey said. “It leaked when it rained, but great work was done out of there through the hard work at The Daily Iowan.”

The center was poorly built and had temporary walls, Casey said, so the DI was moved to the Adler Journalism Building following the building’s construction in 2005.

“I remember conversation about the time capsule that existed underneath the Communications Center and what was possibly in it,” Casey said. “There are surely old copies of the DI, but I’m not sure about what else.”

Yablon said the time capsule wouldn’t technically be called a “time capsule” at all because of its location.

Instead, Yablon said, the object would be called a cornerstone, which requires the demolition of a building to be retrieved, while a time capsule does not. Nevertheless, he said the terms are typically interchangeable and witnesses can learn similar things from both.

“We might learn about how students viewed their own present and life as a student in that year. It might contain predictions about the future,” Yablon said. “It would be interesting to see … where our society lies compared to their predictions.”

Yablon said that people criticized the production of time capsules in the ‘50s, and many wondered why “sane people” spent time and money on the object without understanding the importance of it.

“We can use the past to legitimize parts of history and use memories to see how people viewed their own contributions to history,” Yablon said.