The University of Iowa announced Tuesday that Russell Ganim will assume the role of associate provost and dean of International Programs, once Downing Thomas steps down Dec. 31, after a decade in the position. 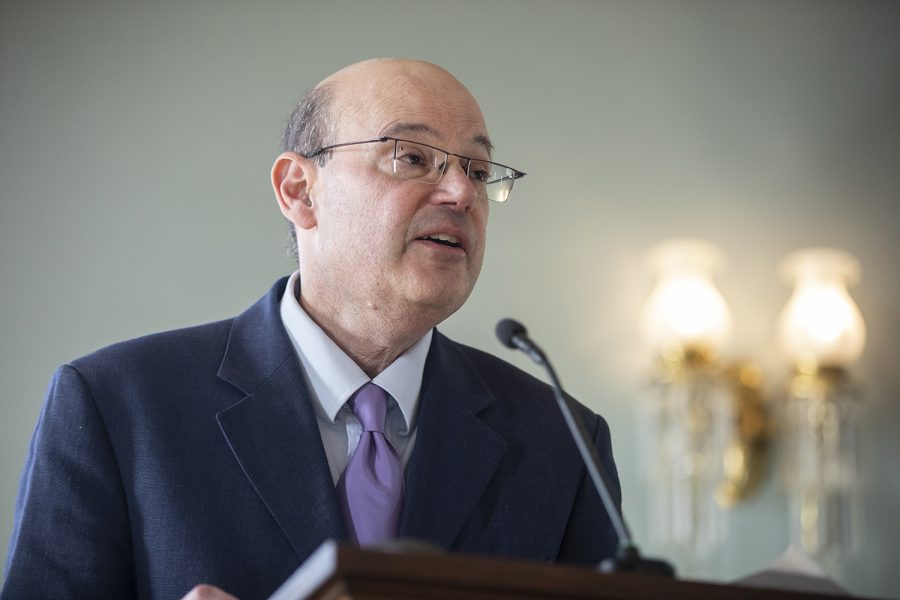 The University of Iowa announced Tuesday that the Director in the Division of World Languages, Literatures, and Cultures in the College of Liberal Arts and Sciences, Russell Ganim, will assume the role of associate provost and dean of International Programs, effective Jan. 1.

Ganim’s appointment as associate provost and dean of International Programs is pending approval by the state Board of Regents, and the university said in a statement that he will receive an annual salary of $236,000.

“I have devoted a major portion of my career to international education. The University of Iowa has a very strong commitment to global education and global affairs and now is the opportune moment to take us to the next level of excellence,” Ganim said in a statement.

Ganim will succeed current Associate Provost and Dean of the program Downing Thomas, who is stepping down after a decade in the position on Dec. 31. Thomas will return to a faculty position in the liberal-arts college.

Ganim said his journey in international education began 30 years ago, as a graduate student at the University of Virginia. He eventually landed at the UI, which attracted him by its extensive infrastructure in international programs.

Since his arrival on campus, Ganim said his division and faculty have kickstarted a number of study abroad programs; intentionally revived language programs such as Japanese, Korean, Russian, Arabic, and some growth in Swahili; and worked to send more students abroad.

As head of the International Programs, Ganim said his goals include increasing study abroad participation and scholarship aid and engaging faculty in international partnerships, among other things.

“Another thing that’s high on my list of priorities is to highlight the activity and contributions of international students and scholars on campus,” he said.

He added that he’s particularly excited to focus on current efforts by Fuentes to develop international collaborations within Central and South America and Africa.

“[Russ] has an extraordinary record of service to the university, and I am delighted that he will bring his commitment to our academic mission and his passion for international education and collaboration to this very important role,” Fuentes said in a statement.

The university hosted open forums this fall for the position, and Ganim was one of three finalists selected by the committee, co-chaired by Edith Parker and Amanda Thein — College of Public Health dean and College of Education senior associate dean, respectively.