Tuesday night, Iowa City City Council passed a resolution to urge the United States Congress to pass the Energy and Carbon Dividend Act of 2019. This is a bipartisan piece of legislation that would help the city reach goals set by the newly created Climate Action Commission on a national level. 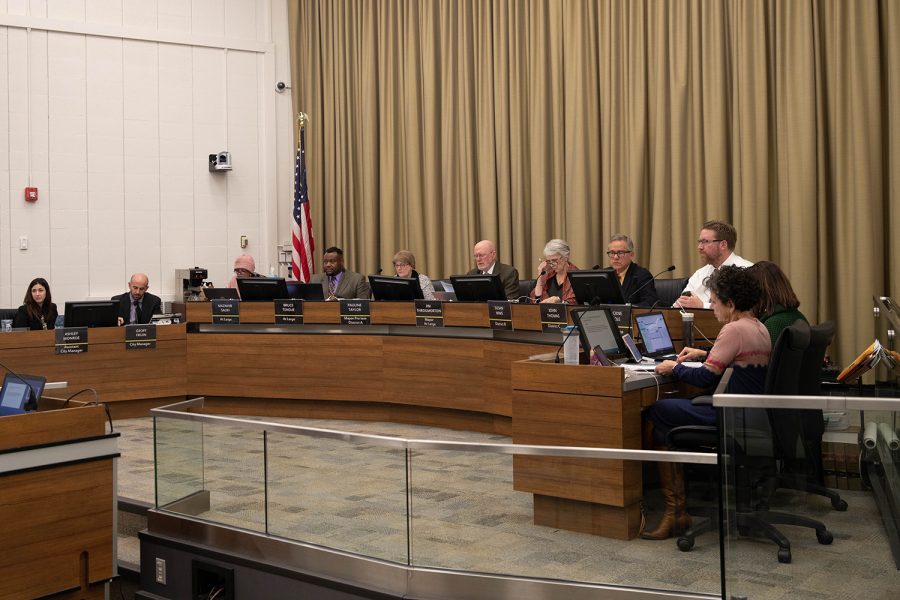 In a resolution passed at the council’s Tuesday meeting, councilors pledged their support for the Energy Innovation and Carbon Dividend Act or H.R. 763. The Act is a bipartisan bill that would put a tax on greenhouse gas producers and importers and then return the revenue to taxpayers in the form of a dividend, according to the text of the bill.

Passage of this national bill would support new carbon emission reduction goals of Iowa City’s Climate Action Commission and lead to reduction in carbon emissions at a local level, the council resolution said.

According to city documents, the carbon fee would respond quickly to the urgency of the climate crisis, because the federal government already has mechanisms needed to implement and enforce the fee and collects fees from fossil fuel producers and importers.

Now that the resolution has passed, City staff will sign Iowa City onto the groups that are in favor of H.R. 763. Staff will also send copies of the resolution to federal representatives to urge them to support the bill.

The Iowa City chapter of the Citizens Climate Lobby, a non-partisan climate activist group, have requested the consideration of this resolution, according to City Council documents.

“The bill [H.R. 763] has built in [something], it is not a whole solution but it’s a start of the process,” James McCoy, a member of the Citizens Climate Lobby, said to the council.