The Mustangs kept it close in the first half, but the Hawkeyes took over midway through the second to pick up the win. 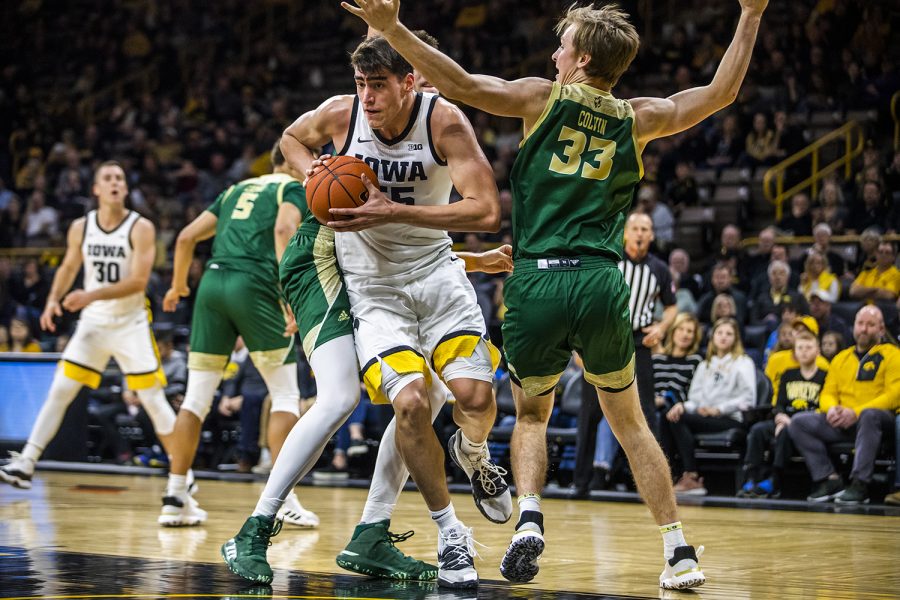 Not much stood out for Iowa when it took on Cal Poly at Carver-Hawkeye Arena on Sunday, but the Hawkeyes managed to leave their home floor with an 85-59 win over the Mustangs.

Iowa failed to pull away from Cal Poly for the majority of the game.

After getting out to a quick 15-4 lead in the first half, the Mustangs pulled back within five and went into halftime trailing by 10.

Cal Poly continued to stay in the game, keeping within single digits with just under 13 minutes left until C.J. Fredrick did what he had done all game.

Fredrick nailed a shot from beyond the arc, drawing contact in the process, and completed the four-point play. The play put the Hawkeyes up by 12, and they never let the Mustangs come that close again.

Fredrick finished with 21 points on 7-of-8 shooting, lighting up the court with a 5-of-5 clip from 3-point range.

The Hawkeye defense was much improved on the perimeter Sunday. Iowa entered the game allowing opponents to hit shots from deep at a 38.9 percent clip, but Cal Poly left shooting just 14 percent from beyond the arc.

Iowa will hit the floor next when it takes on defending national runner-up Texas Tech in the Las Vegas Invitational in Las Vegas on Nov. 28.