Opinion: The Mandalorian makes Disney+ worth it

The new sci-fi show is the best of the newer additions to the Star Wars canon, and makes Disney’s streaming service justifiable by itself. 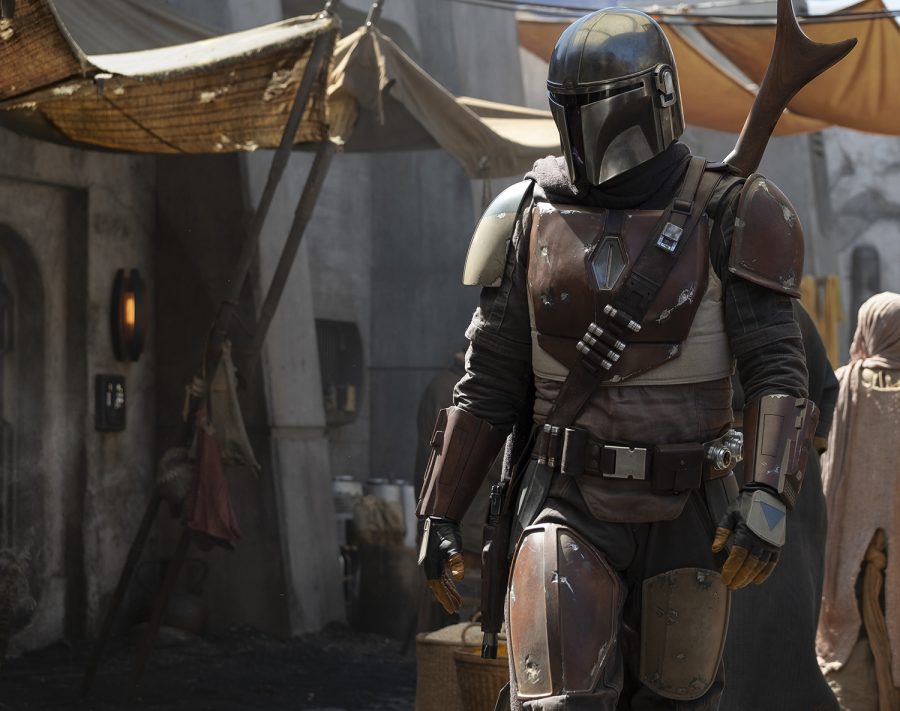 Disney released its own streaming service on Nov. 12, and while Disney+ doesn’t erase the myriad stockpiles of physical copies every millennial and Gen Z kid has back home, it does host several new pieces of content.

Chief among them is The Mandalorian — arguably the best piece of Star Wars media to be released in the past several years.

Taking place sometime after Return of the Jedi and prior to The Force Awakens, the show follows a lone bounty hunter on the fringes of space. Only two episodes have been released so far, but it is worth using the Disney+ free trial just to watch either one alone.

Star Wars creator George Lucas had a hand in the background to help create the show as well, though his contributions are unknown at this moment. However, anytime Lucas is involved with Star Wars, good content pours forth from his involvement (as long as he doesn’t have full control like the prequels).

Along with Lucas joining the production cast of The Mandalorian is Dave Filoni, known for his work on the Star Wars: The Clone Wars film and TV show. If anyone can be trusted to create a good show in the Star Wars expanded universe, it’s Filoni.

And create a good show they did. The opening episode is absolutely stunning. Forty minutes flew by like four. Everything from the set design and sound mixing to scriptwriting and acting are sublime.

CGI aliens are pleasantly absent from the series as of yet — the denizens of a galaxy far, far away are brought to you by some of the best prosthetics makeup in the business. Among them are the new faces of the sequel trilogy or unique creations, but also present are some old favorites coming from as far back as New Hope.

For casual fans of the sci-fi franchise, there’s no need to read any books or follow up on any outside media to know the plot of what’s going on. Going in blind is perfectly fine, (unlike other recent installments that have come out *cough* Darth Maul in Solo *cough*).

The show is set after Episode Six, when the Empire is pretty much gone, and the New Republic is starting up. There’s no need to know anything about Mandalorians, the Outer Rim, or anything else. Going in blind is perfectly fine.

But for those of us who do bring more background knowledge to the table, The Mandalorian is a gratifying experience. From beskar to the Mythosaur to the Bounty Hunter’s Guild, there’s a host of nods to the  expanded universe in this show. For the truly hardcore fans, it’s a masterpiece.

Even for people who aren’t at all fans of the franchise, it’s still a great watch. No lightsabers, no Force — it’s just a simple Western in space with a few wonky faces.

I can’t speak to the greater whole of Disney+. The rest of the selection isn’t really interesting to me, although I may now have to watch The Clone Wars again so I can see what else Filoni might throw into The Mandalorian.

But I can say this: The Mandalorian is worth using your Disney+ free trial at the very least. It is of the best Star Wars installments to exist, and it is also an outstanding show on its own merit.