The United States Department of Agriculture recently released regulations intended to control the production of hemp in Iowa. 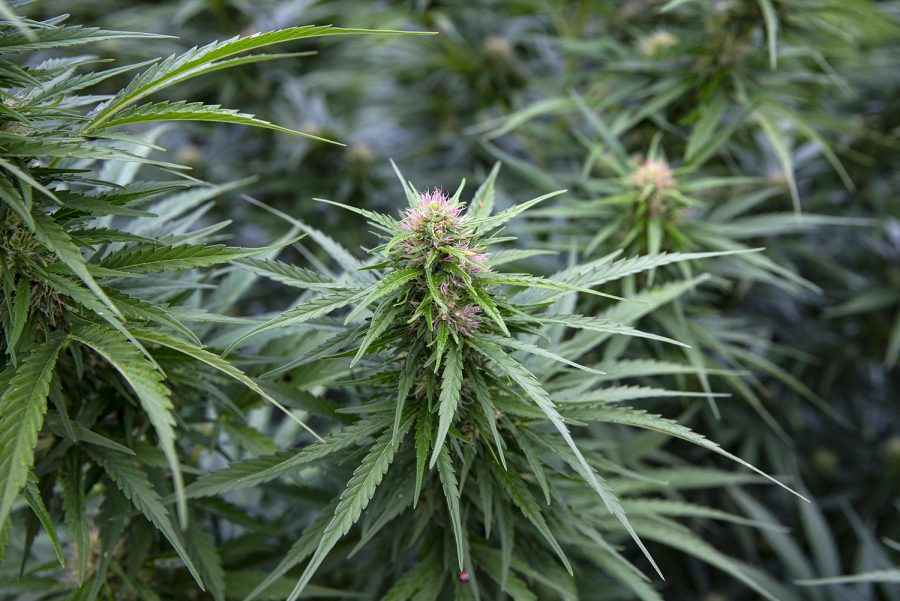 Hemp plants near harvest at Green Logic LLC near Loraine.

The new regulations cover all areas of hemp production and include a licensing process for farmers, as well as information about the testing and destruction process of hemp with THC levels above 0.03 percent.

The release of USDA regulations was one of the first steps in enacting Senate File 599, known as the “Hemp Bill.”

“The Hemp Act was signed by the governor on May 13. However, that did not immediately enact it. A majority of the bill was actually something called contingent implementation. There are specific things that need to happen before it is enacted and becomes statute,” Robin Pruisner, the state entomologist leading the effort to develop an Iowa hemp program, said.

Now that the USDA has released their regulation, the Iowa Department of Agriculture needs to submit a state plan to the USDA detailing the licensing and regulation of hemp production, Pruisner said.

“Once it’s approved, the Iowa Hemp Act requires us to put a notice in the Iowa Administrative Bulletin,” Pruisner said. “Upon being published in that bulletin, the entire Hemp Act is statute in Iowa.”

Pruisner said the goal is to have anybody who wishes to cultivate hemp in the state have a license with the Department of Agriculture. She said in order to get a license, there will be an application, as well as a series of background checks of everyone who has more than a 5 percent legal or equitable interest in that hemp crop.

“The big hope is that this is going to provide farmers with a third crop that can potentially be used to diversify their income and to provide a more resilient source of income,” said Silvia Secchi, an associate professor in the University of Iowa Department of Geographical and Sustainability Sciences.

Secchi said the state is adding a new crop to the mix — and what that crop will be used for and how it is going to be regulated is very new.

“People are looking for an alternative crop, because corn and soybeans aren’t making as much money as of late,” said Angie Rieck-Hinz an Iowa State University agronomist.

Industrial hemp can be used for a variety of purposes because of its strength, Rieck-Hinz said. In Iowa, hemp can be grown for CBD, hemp fiber, seeds, or grains, as well as industrial uses in the automotive industry, she said. Additionally whole hemp seeds, called hemp hearts can be eaten or ground into protein powder or pressed into hemp oil.

“It doesn’t matter if it’s hemp or its any other crop like Jerusalem Artichokes. You really need to be able to have consumers who are willing to purchase it at a price that allows the producer to make it a possible business for them,” Pruisner said.

There are a lot of costs going into growing any crop. With corn or soybeans there are local markets in which a farmer could sell to ethanol plants or livestock owners. It may be a long time before local hemp markets develop, Rieck-Hinz said.

Pruisner said the general public should not plant hemp unless they have obtained a contract to sell the crop. She explained that hemp is different from corn and soybeans in terms of selling and various requirements.

“Going beyond the CBD,” Secchi said, “…the fact [is] that there is going to be another source of fiber that can be produced in the state. I think it has the potential to help the resilience of the farm economy.”