The University of Iowa First-Generation Task Force hosted an awards ceremony on Friday to recognize five current and former first-generation students for their wide array of successes. 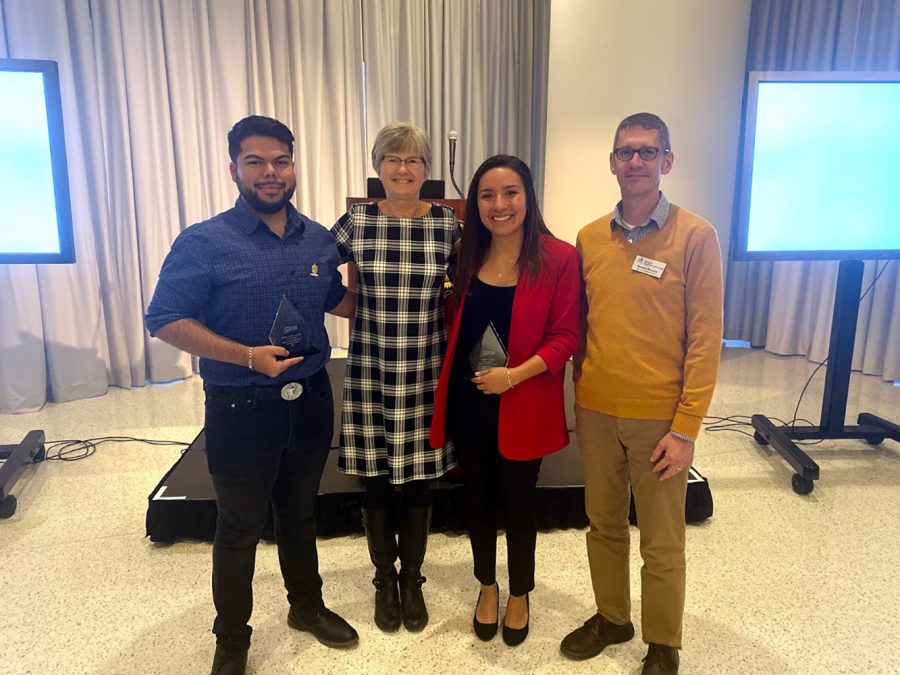 The University of Iowa hosted its first awards ceremony — called the [email protected] Awards — to honor first-generation student success on campus on Nov. 8. The event brought an entire week of celebration for first-generation identity to a close.

UI President Bruce Harreld said the UI aims for 25 percent of incoming students to identify as first-generation, and that the current number falls short of that goal at approximately 20 percent.

“When we discussed moving forward in student success we came to the obvious conclusion — not all of our students are alike,” Harreld said. “Different students have different needs and this week of celebration has been about celebrating, learning, and lifting ourselves up.”

The award ceremony recognized five first-generation students from the past and the present who each initially received a nomination from people who admire them.

Howard, a student recipient, said that identifying as a first-generation student carries a significant amount of weight. Although her parents were supportive of her pursuit of higher education, Howard said, she was alone in her journey towards college and even more so throughout her education.

UI senior and undergraduate recipient of the award, Sánchez pointed to the care and support of others on campus as her biggest resource over the years. Celebration of first-generation identity has really grown since she began at the university, Sánchez said, due to a boost by the First-Generation Task Force.

“College really is stressful and hard, but you have to find ways to celebrate during your time at the university,” Sánchez said. “To be the first in your family to achieve something is a huge highlight. Build a community on campus and empower each other.”

Vecera received the First-Generation Faculty Award for his work as a professor at the university. Vecera said he believes it is important to use his previous opportunities as a first-generation student to support others who are currently navigating their college education. When the majority of someone’s family has been to college, it’s easy to take the college experience for granted, Vecera said.

“Being a first-generation student fostered a fierce sense of independence and false belief that asking for help would be admitting that I wasn’t enough to make it in the academic world,” Howard said. “I recognized that often times the path to success has inherently been a bit steeper or a bit rockier than others due to systemic barriers, and it is important to take time to celebrate and care for yourself when you need it.”

Editor’s Note: A previous version of this article did not name each individual recipient of the awards. The article has since been revised to reflect the name of each awardee. The Daily Iowan regrets this error.