Opinion: As a Texan, I’m thankful O’Rourke dropped out

The former congressman’s strongest role in American politics is in the Lone Star State. 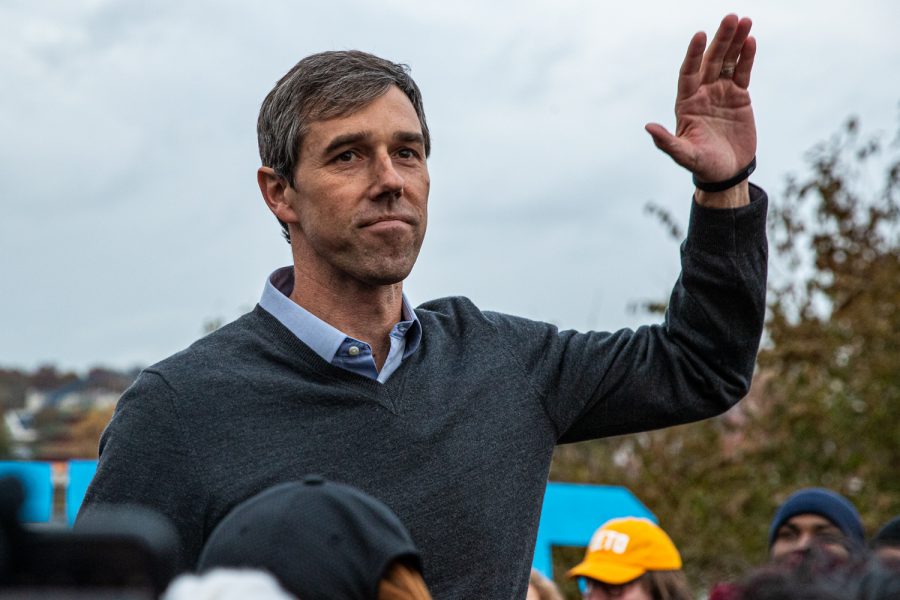 Former Texas Rep. Beto O'Rourke addresses supporters after dropping his bid for the democratic nomination during the 2019 Liberty and Justice Celebration at the Wells Fargo Arena in Des Moines on Friday, November 1, 2019.

I met then-Rep. Beto O’Rourke, D-Texas, in the summer of 2018. It was three months before the midterm election. He was running against incumbent Sen. Ted Cruz. It was weeks before he would become a viral figure to the rest of the country.

The rally was in tiny Fort Davis, Texas, part of his 254-county campaign tour that reached every corner of my home state. As he gave his speech, I remember being totally captured by his presence. He was very Bobby Kennedy-esque.

After the rally, I found myself looking up at O’Rourke, shaking hands. I recall telling him I was attending the University of Iowa.

“Iowa,” he echoed with a smile. “Leaving Texas to take on the Midwest, that’s a big move.” We laughed.

The congressman would learn within the following year that, yes, it is very much a big move — one I am relieved that he decided to walk away from.

When O’Rourke came close to beating Cruz, he had become a shining knight to Texas Democrats and a celebrity to left-leaning voters across the country. I fantasized O’Rourke’s potential 2020 campaign for president.

However, not very long after O’Rourke became one of the let’s-defeat-Trump faces for the Democratic ticket, I began to doubt.

His comment of “being born” to become president, mixed with his forced and irrelevant bilinguality on a debate stage were eye-rolls, to say the least. That Kennedy persona seemed to dissolve and dullen throughout his rallies. He began to have public image of a younger, louder candidate who used blunted language to make up for a lost limelight.

O’Rourke almost winning a seat in the Senate was not enough to become a president. A perception of success within state politics does not grant an entitlement to power on the national stage. His almost-won aftermath holds purpose for Texas, not for the country as a whole.

During his entire presidential run, O’Rourke’s most inspiring moment was his genuine and emotional return to his hometown of El Paso, site of a mass shooting in late August that killed 22 people. O’Rourke was able to temporarily reclaim his image. For a few days, he reminded the public of what had sparked his popularity as a potential senator: his relationship with the people of Texas.

This is who O’Rourke is meant to be in American politics — someone to speak for the masses within a state dominated by many of the biggest themes of the Trump administration, including the border wall, immigration, and gun reform. Now that O’Rourke is officially out of the 2020 race, as a Texan, I strongly encourage him to reconsider running for Senate against Republican Sen. John Cornyn.

His 2018 campaign ignited voter turnout in Texas, and Democratic wins for other seats in the state government. O’Rourke is capable of a victory in the Lone Star State, and I believe he would achieve much more for American politics as a senator in Congress.

Red and blue voters alike have shaken his hand, applauded his presence, and cast their ballots for him. The O’Rourke I met at Fort Davis has the power for good in Texas — it’s what he was born for.