Lisa Bluder’s tenure as head coach for Iowa women’s basketball kicks off its 20th season tonight. Off the court, however, Bluder is far more than an X’s and O’s coach. 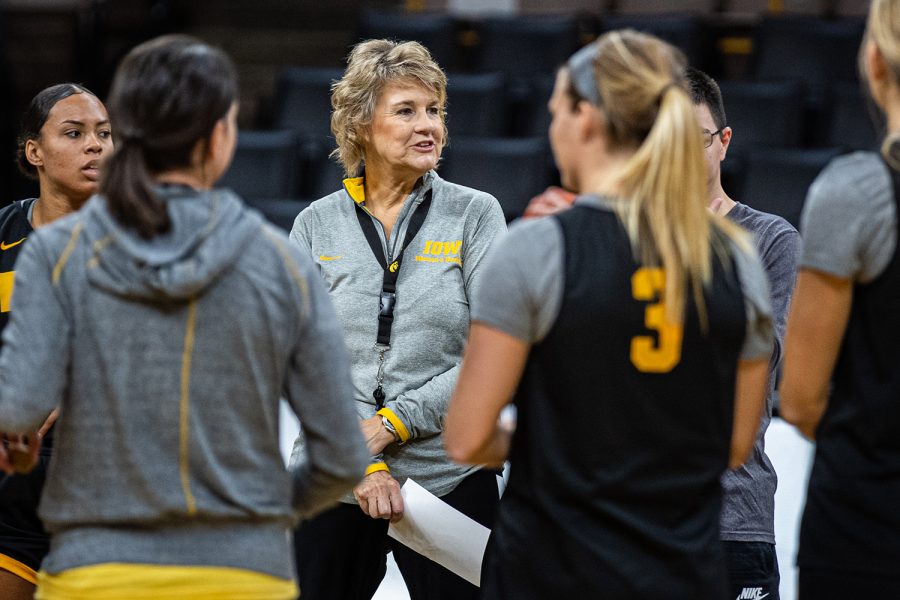 Iowa women’s basketball head coach Lisa Bluder’s mark on the University of Iowa Athletics Department is unquestionable; the wins, trophies, and accolades that have come to the Hawkeyes are to be expected from a tenacious leader who’s been at the helm for two decades.

From amassing more than 750 total wins to reaching the Elite Eight in the NCAA Tournament in 2019, Bluder has achieved nearly everything a coach could wish for during the course of her career. The 2019 Naismith Coach of the Year has also produced 16 professional basketball players, including most recently Megan Gustafson, who ended her career as the Hawkeyes’ all-time leading scorer and the 2019 espnW National Player of the Year.

But those accolades are not the main accomplishments for which she wishes to be remembered.

Rather, Bluder says, it’s the impact she’s had on the confidence and character of each of her players that means the most. It’s the path she has paved for female leaders in any aspect, not just sports. It’s the attitude she displays to the world — one of equal parts compassion and competition.

“That’s kind of why we do this,” Bluder said. “You hope that you make some small impact in these women’s lives.”

The Iowa women’s basketball team was one of the most successful in the nation in 2019. Strong veteran leadership from a trio of seniors brought confidence to the Hawkeyes. Off the clipboard, however, is where Bluder’s personal influence on the team can be seen.

“She cares about us and who we are,” junior Alexis Sevillian said. “Not just so focused or worried about basketball success — worried about our life and school, how we’re doing, ways that she can help us.”