Janice Weiner sat down with The Daily Iowan to discuss issues such as affordable housing and climate change, and explained why she believes she is the best fit for one of two open at-large Iowa City City Council seats. 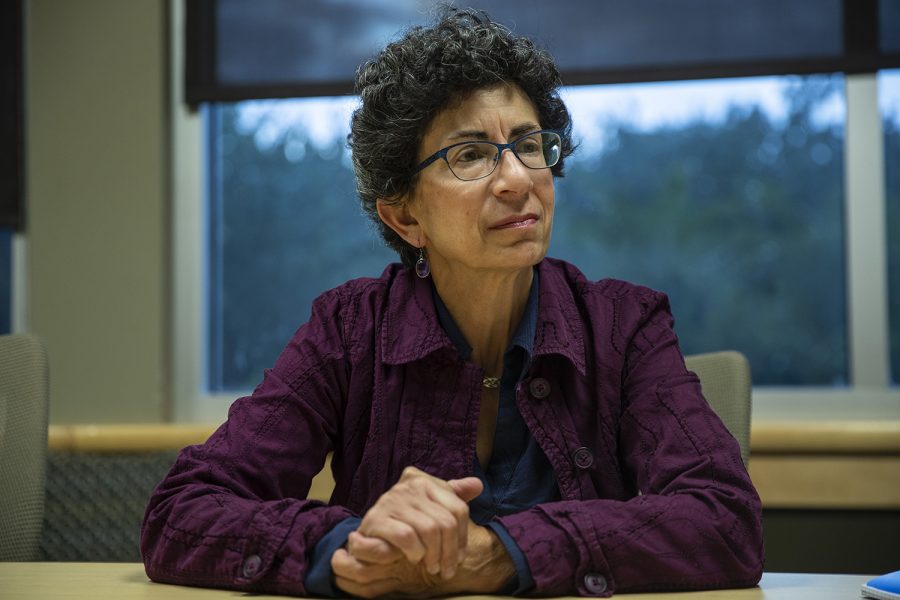 Following more than two decades in foreign service in various locations, Janice Weiner has returned to her hometown of Iowa City to serve her community roots in the race for Iowa City City Council.

“I was a U.S. diplomat for 26 years. I know what service and commitment mean,” Weiner said. “I know what it means to be a public servant.”

She said her vision for Iowa City is similar to when she worked for the State Department — not working for one person or interest, but rather the public as a whole. Weiner runs on a “public service matters” platform.

In an interview with The Daily Iowan, Weiner said she is running for local government because it most directly affects people.

“Public service to me is going to everyone and getting to know them [in neighborhoods or groups], because people aren’t as willing to come to City Council,” Weiner said.

Weiner said she intends to not just go to the people once, but consistently find out what issues affect area residents. For example, she emphasized her interest in affordable housing for Iowa City.

“We really aren’t there yet; rents are high here,” she said in reference to Iowa City’s recent recognition in affordable housing.

She suggested diving deeper into planning and zoning ordinances that the city sets, to remedy any problems in that area.

“Everything is intertwined, from transportation [to homes] on and off college campuses,” Weiner said. “People in the workforce need places to live and need to get where they need to go in order to not have low unemployment.”

Weiner added that she stated her care for the “existential issue” of climate change before August when Iowa City declared a state of emergency and signed a resolution in favor of taking action against climate issues.

Weiner connected the community’s future to that of her granddaughter — who Weiner wants to provide with a safe planet.

“We can’t, as a city, mandate anything stricter than what state and federal regulations require, but we can … be creative, have courage and lead, and work with the [University of Iowa],” Weiner said.

Weiner added that she stands strongly in favor of pushing the university to end the use of coal and natural gas at the UI Power Plant.

Weiner also touched on what she called a major concern of Iowa City residents — the energy efficiency of luxury student-housing complexes.

“We should be incentivizing [builders] to make these buildings LEED compliant at least at a silver or gold standard,” Weiner said.

It should be incumbent upon them to have renewable-energy sources, she added, considering the necessary technology is available to accomplish this task.

“I have a couple of things I bring to the table and one of them is perspective,” Weiner said. “What I’ve experienced [around the world] and in the foreign service has helped me communicate with other cultures and has told me what we can improve on [in Iowa City].”