“The Agenda. Period” is designed to help women plan each month around their menstrual cycle and all its phases. Iowa-based founder Alyx Coble-Frakes aims to empower women with the first-of-its-kind planner. 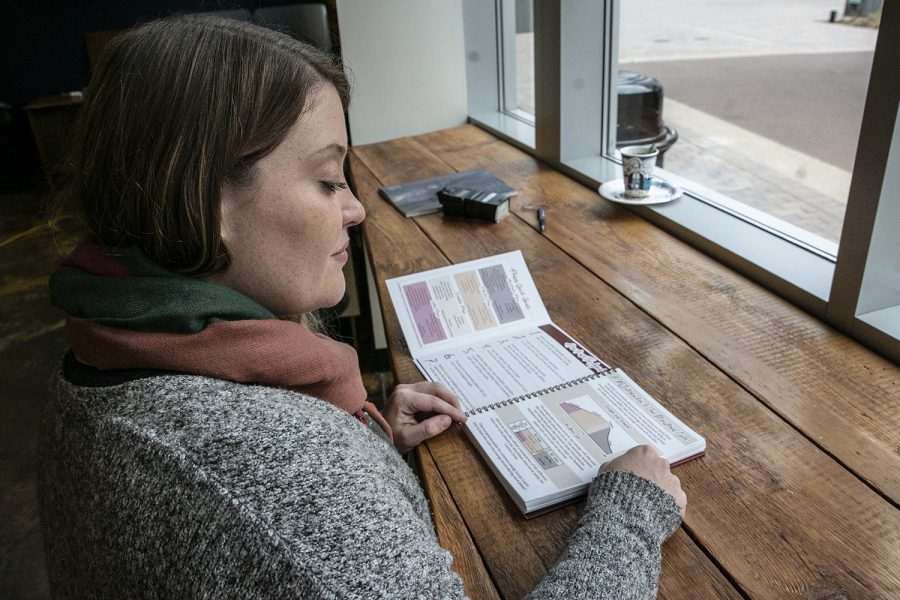 CEO and co-founder of the Agenda. Period, Alyx Coble poses for a portrait on Wednesday, October 16th, 2019. Angenda. Period is a new planner which helps women to plan their month around thier menstrual cycle.

When Iowa-based wellness coach Alyx Coble-Frakes discovered she could plan her business tasks around her menstrual cycle to make completing them easier, she figured there had to be a something out there to help her do the planning — but no such item existed.

Although Coble-Frakes had no previous product-development experience, she decided to create the planner herself — and so “The Agenda. Period” was created.

“The idea came to me — it literally felt like it floated to me,” she said.

Coble-Frakes said different tasks are easier to accomplish during the different phases of the menstrual cycle, and the planner can help women map out what tasks to do and when during the month.

“When we start to go with the hormonal cycle that our body is going through more naturally, we feel less resistance, more productivity, and increased revenue,” she said.

“The Agenda. Period” started with a beta test created on Google Sheets. After testing the idea among 50 women in business, a Kickstarter that raised more than $12,000 took the agenda from an idea to reality with its first limited run of 500 copies.

Coble-Frakes, who lives on a farm in southeast Iowa, is currently developing her product through the University of Iowa venture-school program.

For Coble-Frakes, the planner is not only about helping women plan their business tasks around their cycle, but also breaking down the stigma surrounding periods.

A portion of the proceeds from “The Agenda. Period” goes to the Pad Project, an organization that provides menstrual products to women in need around the world.

“It’s really important that there’s a social heartbeat at the heart of this. There’s a lack of menstrual equity around the world that’s a really huge problem,” Coble-Frakes said. “While we’re working on the empowerment spectrum with ‘The Agenda. Period,’ we acknowledge that you can’t be empowered if you lack basic supplies.”

After Coble-Frakes came up with the idea for “The Agenda. Period,” she asked co-founder Sunny Sink to help her get the project up and running.

Sink said the feedback they received from the beta-test group was overwhelmingly positive.

“The biggest thing people report is feeling more connected with themselves and their bodies, and more productive in their business,” Sink said. “A lot of women also said it helped them give themselves permission to take time off.”

Coble-Frakes met graphic designer Yasmin Marrero-Garcia and the planner’s beta tester through the 1 Million Cups Iowa City entrepreneurship group. Marrero-Garcia said she wanted to design “The Agenda. Period” to be both approachable and beautiful.

“I hope that this is able to touch every woman that needs it, every individual that has a menstrual cycle that needs it, in order to help them gain insight, gain the knowledge that I was so happy to help gain from being part of the ‘Agenda,’ as well as the power and the effect that Alyx and Sunny have had on me,” she said. “I’m very proud of them, and I know this is going to go far.”