In a state where the consensus swings wildly by issue, simple plans won’t cut it for Democrats. 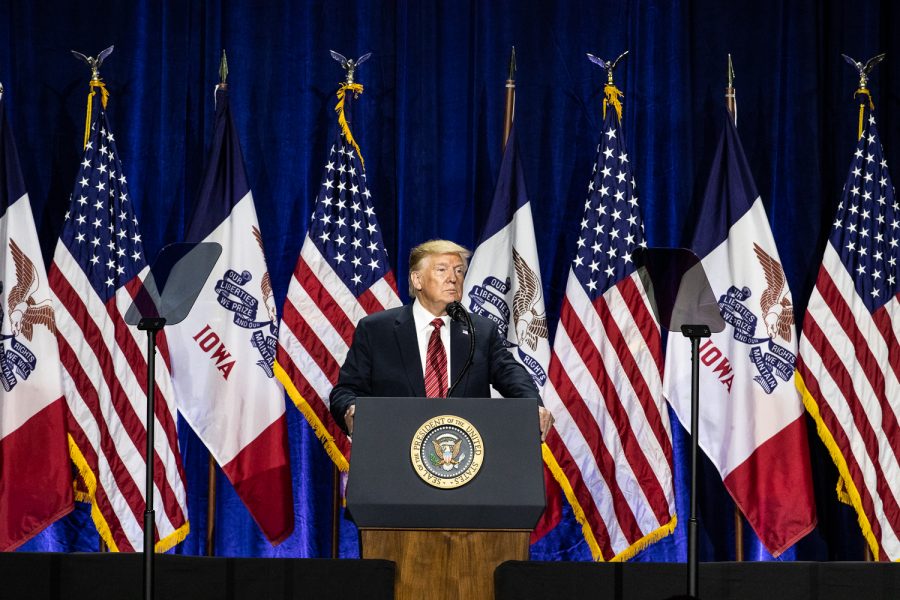 Iowa has a hand in world affairs because of its role as an international breadbasket. As a result, Iowans have a high incentive to focus on international politics, which has brought some trouble for President Trump. While some of the president’s international agenda, namely the U.S.-Mexico-Canada trade agreement, has been popular with Iowans, other positions have done vastly more harm than good to state interests, especially the Chinese trade war.

Unlike in domestic politics, voters see foreign policy as affecting their interests, even if they don’t personally expect to interact with the issues. As a result, policy positions in international affairs matter more than personality in the swing state.

Oversimplified approaches risk alienating voters in a state that finds itself in agreement with Trump’s foreign policy agenda in one moment and stark opposition in the next. This contradiction is exemplified by two of the administration’s highest-profile foreign policies: the USMCA and the trade war.

The North Atlantic Free Trade Agreement replacement is expected to increase sales of corn and soy, among other agricultural products, to Mexico once signed into effect. The Office of the U.S. Trade Representative expects it to increase sales of processed foods and machinery from Iowa by more than $1 billion each. These effects make the treaty understandably popular along the corn belt.

The only real reason for pause among Democrats is labor provisions in the agreement. Historically, USMCA and NAFTA were both opposed by unions concerned that the laws would make exportation of labor easier, straining domestic workers asking for greater pay.

This concern, while valid, doesn’t draw nearly as much concern for Iowans, locked in the center of the country with resources such as land and soil that aren’t particularly mobile. The lack of concern for this Democratic point of concern has kept the trade agreement in good standing in the Hawkeye State.

Arguably Trump’s least popular position in Iowa, the trade war has been a tough sell for Iowans. According to the Guardian, retaliations from Beijing have meant plummeting sales in foodstuffs such as pork and soy, both tariffed by China at 25 percent. The drop in sales has made farmers understandably anxious and threatens the economy of the state with a reputation for feeding the world.

Meanwhile, the Guardian also found that U.S. tariffs on imported products such as steel and aluminum have meant a 20 percent production cut and layoffs for John Deere, the largest employer in the state. Since Iowa’s main export in North America is machinery, as noted above, so John Deere’s losses echo their effect beyond just the job market.

Of course, other issues are at hand besides the USMCA and trade war. Iowans still care about other international issues such as oil imports versus ethanol and the ethics of military posturing, but that’s not the point.

The point is that simple binaries between “Trump-like” and “non-Trump” policies are a political death trap in Iowa. They generalize issues of concern to voters, and they hardly convince an electorate that finds itself unified on two opposite fronts with the Trump administration.

Distinguishing correctly between which policies to keep and which to reverse would be a golden ticket for any 2020 hopefuls.