The Stanley Museum of Art was issued an additional $5 million in bonds, but the UI Center for Advancement will continue to raise its half of the $50 million budget. 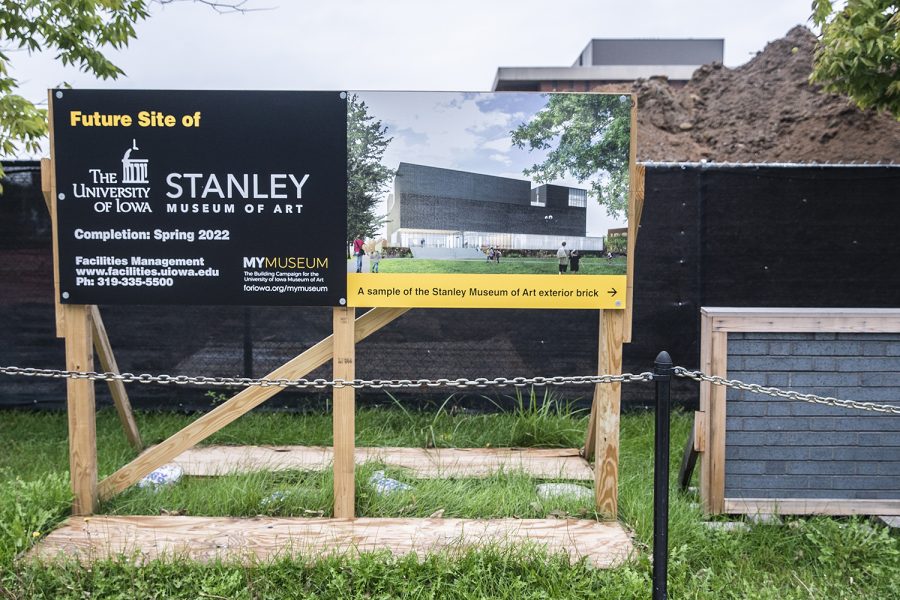 The future site of the new Stanley Art Museum is seen on Friday, August 27th, 2019. The Stanley Art museum will relocate from the Iowa Memorial Union to its own building across from the university library.

As the University of Iowa continues to fundraise toward the Stanley Museum of Art’s new building, it recently issued $5 million in bonds to help fund the capital project costs.

The $50 million museum is funded by a combination of $25 million in donations fundraised by the University of Iowa Center for Advancement and $25 million from the UI general fund.

Dana Larson, executive director of communications and marketing for the Center for Advancement, said the university has currently fundraised $20.5 million toward its total.

While the center continues to raise a remaining $4.5 million, University Chief Financial Officer and Treasurer Terry Johnson issued an additional $5 million in bonds for a total of $30 million in bonds to cover costs.

Larson said the fundraising campaign has been incredible so far.

“We haven’t fallen short of the goal at all,” Larson said. “We’re really excited about the support that donors from all across the states have shown, because even though Stanley Museum of Art building will live on campus, the museum really serves the entire state.”

Johnson said about $12 million of that $20.5 million is accessible currently, while the rest of the money raised will be pledges that become available over the next 10 years.

“We’re actually expecting that at the end of the day, over the next five to eight years, we’ll receive an additional $5 million in gifts, so that $25 million will ultimately be funded from gifts on this project — the balance then from the bond proceeds,” Johnson said. “We’ll use gifts to reimburse us for the bonds financing, essentially.”

As previously reported by The Daily Iowan, the museum has required a new location since its original building was damaged in the flood of 2008 and the UI broke ground on this new building in June.

The new museum will feature an acoustic ceiling; a wall of transparent glass that can be covered by blackout shades; a drop-down screen for films, presentations, and lectures; running water for coffee; and outlets to charge computers.

The museum’s new building will include a second floor with 16,500 square feet of gallery space that has movable walls to adjust for differently sized galleries. The new museum will be a lot more flexible than the old one, Stanley Museum of Art Director Lauren Lessing said.

The third floor will have two classroom spaces that allow for the rotation of art displays on a regular basis for studying and learning purposes, Lessing said.

With the new location of the museum facing Gibson Square Park and only 30 steps away from the UI Main Library, Lessing said, the goal is to make it an integral part of education on campus.

“We have run a lot of programs that have served the general public, [and] that served the state of Iowa,” Lessing said. “It’s not that we want to stop doing that, but I’m really turning the museum around to face the campus in new ways. It’s just absolutely imperative that we serve the teaching and learning needs of faculty and students and also that we are a laboratory space for interdisciplinary research.”