University of Iowa researchers are conducting clinical trials to administer a flu vaccine they developed to improve the way a patient’s body protects against the virus. 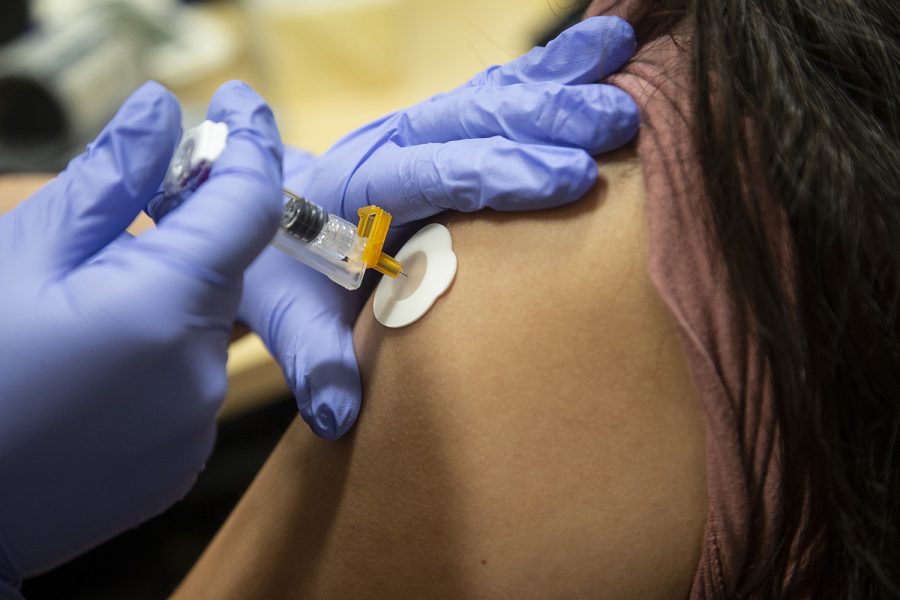 As people prepare for the flu season, University of Iowa researchers are working on flu protection for the future.

In preparation for flu seasons in the coming years, UI Carver College of Medicine researchers are conducting clinical trials to test a flu vaccine they developed that aims to enhance the body’s immune response to influenza.

The improved vaccine was created by the addition of two adjuvants — compounds added to proteins within the vaccine to generate a different response from the immune system, College of Medicine Executive Dean Patricia Winokur said.

The goal in adding the adjuvants is to increase the number of antibodies a person creates, Winokur said, and improve the quality of those antibodies. If a good adjuvant can cause the creation of higher quality antibodies, sometimes the vaccine can cover more strains of the flu, she added.

Participants in the clinical trial are screened to confirm they are healthy before receiving the vaccine, Winokur said. After trial members are given the shot, they will return a number of times to give blood which is tested for different immune responses, she said.

The trial members will return 90 days later to receive the flu vaccine for the 2019-20 flu season, Winokur said, which will help researchers understand how people responded to the original vaccine, as well as if the adjuvant has carry-over with the current vaccine.

“If we’re really lucky, what we would see is that those antibodies also cross-react with other flu strains that were not in that vaccine,” Winokur said. “And that would be a very important outcome that we could identify.”

The new vaccine is designed to study its contrast to the safety and potency of the seasonal vaccine, UI internal medicine Professor Jack Stapleton said. Neither of the adjuvants in the developed vaccine are approved by the Food and Drug Administration, Stapleton added.

“Many times from year to year the antibodies won’t work for the next year,” Stapleton said. “So, trying to come up with vaccines that will cross react and protect against flu over a longer period of time is a big priority.”

The difficult part of creating a vaccine for the flu is you have to teach the body to fight it, said Caitlin Pedati, Iowa Public Health Department medical director and epidemiologist. She said the virus experiences drifts or slow changes to the virus and shifts, a major change to the virus.

When a small change occurs in the virus, the body may already know how to fight it, Pedati said. When the strain of the virus experiences a large change, the body struggles more to fight it, she said.

As the research continues at the UI, team members are trying to create a vaccine that will teach the immune system to fight all of the virus strains, Pedati said.

“Flu is one the most concerning public-health threats, Pedati said. “It happens every year. It affects around 8 percent of the population, and people die every year. It’s a pretty serious thing.”