The well-known YouTube star and advocate for disabilities Jessica McCabe visited the UI on Tuesday to present a lecture on her experience with ADHD and how it led to an unsuccessful college career. 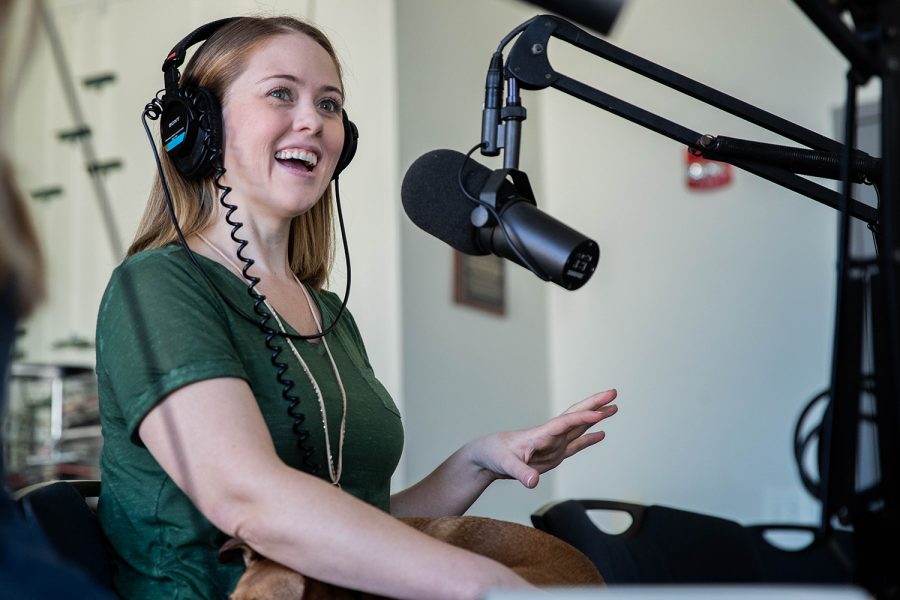 As hundreds of people watched from the audience, YouTuber Jessica McCabe took the stage at TEDxBratislava in 2017 with a freshly written draft of her speech, slight terror, no sleep, and a lot to say about ADHD.

Co-sponsored by University of Iowa Student Disability Advocacy and Awareness and Student Disability Services, McCabe visited the Englert Theater Tuesday night for a lecture about her college experience as someone living with ADHD — and why it’s not a good example for her audience to follow.

McCabe said her lecture, “How to be Unsuccessful in College,” centers around her own college career. She attended a community college before dropping out and starting an acting career.

“One [tip] was don’t ask for help,” McCabe said. “Don’t talk to your professors if you are behind or you didn’t do the thing you were supposed to do — hide behind a bush. If anybody asks why you’re in the shrubbery, tell them you’re a botany major. These are all the things I did wrong. It’s very tongue-in-cheek.”

McCabe said her college experience may have been more positive if she had known of the disability accommodations available to her. She encourages institutes to make students with disabilities aware of their eligibility for accommodations — whether mental or physical.

McCabe’s YouTube channel began with her laptop and a need to cope with her ADHD, she said.

“I tend to lose things, and YouTube was something I couldn’t lose,” McCabe said. “It was a personal project at first. It let me figure out what is going on with my brain. I collected all these strategies and put them in one place but then shared it publicly in case it was helpful to anybody else.”

McCabe said many people would ask her to stop being dramatic or exaggerating the symptoms of her illness. She suggested that students with ADHD facing criticism keep their positive achievements in mind despite a bad test score or past failures.

“When I started, I would take little screenshots or write it down if somebody shared something … the video was helpful, or they learned something,” she said. “I put it in this file called ‘Inspiration for a Rainy Day,’ because we are biased to the negative.”

“I think students like feeling empowered especially when there is technology that allows for that,” said UI Assistant Director of Student Disability Services Michael Venzon to The Daily Iowan in September. “I think this allows for both student and instructor to work together and to collaborate on what works best for a student.”

“[A] couple months later … I emailed her to start talking about it,” Ecker said. “From there, I reached out to the Lecture Committee to see if they were interested in potentially partnering to bring her to campus.”

The Student Disability Advocacy and Awareness will host several events in October for Disability Awareness Month to encourage discussion of disabilities.

RELATED: Students rally for disability awareness and inclusion on campus

The DI has previously reported that the UI has seen a significant increase of students accessing Student Disability Services for health and physiological reasons, which means more students facing mental illnesses are receiving help.

“There are a lot of people who will say ADHD doesn’t exist,” McCabe said. “I used to argue with them about it, but the truth is, that doesn’t work. Rather than introduce negativity into it, I just keep trying to share my story and share other people’s stories and provide information and education.”

Rin Swann contributed to this report.