The Department of Neuroscience and Pharmacology, formerly only pharmacology, changed its name to demonstrate more clearly the work it’s doing — and Ted Abel will lead the department as its new chair. 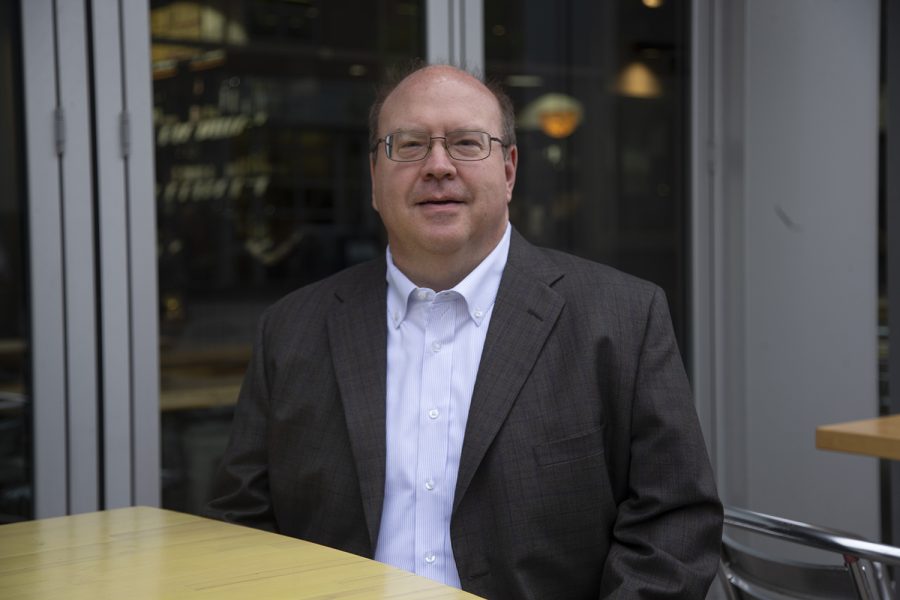 Neuroscientist Ted Abel poses for a portrait at Bread Garden Market on Saturday, Sept. 28, 2019. Abel is a professor and researcher at the University of Iowa.

Abel began at the UI as a professor in 2017, until he assumed the role of interim department chair of pharmacology in November 2018. He was appointed as permanent department chair last month, but the position still awaits approval from the state Board of Regents.

Abel said it’s his responsibility as department chair to build an environment of research and development for all faculty, staff, and students; support everyone in the department; and make sure the department is financially and intellectually stable.

“Iowa City has been a tremendously exciting place for research, teaching, and scholarship,” Abel said. “It is also such a fun city to live in.”

Abel’s transition to the UI was part of the university’s plan to implement a $45 million grant gifted by the Roy J. Carver Charitable Trust to support the Iowa Neuroscience Institute and create a more comprehensive and cross-disciplinary neuroscience center.

The department’s name change is intended to reflect more clearly the work that is being done within it, Abel said. Everything will stay the same in terms of its function with the exception of recruiting new faculty and research programs, he said.

“Roughly three-fourths of our pharmacology staff do neuroscience research, so we believe the name change displays the research focus of the department and respects tradition, while also being able to look to future growth. Neuroscience and pharmacology work hand in hand,” Abel said.

For example, he added, pharmacology enables the development of treatment for brain disorders.

Outside of his job as department chair, Abel studies molecular genetics and behavior, as well as memory and how memories are stored — with a focus on autism spectrum disorder. Stefan Strack, UI associate chair for research in the Department of Neuroscience and Pharmacology, worked alongside Abel while studying neurodevelopmental disorders.

Strack began at the UI in 2000 and said he knew about Abel’s research before his arrival at the university. Both work to study and find treatments for autism spectrum disorder and hope to improve the lives of those living with the disorder.

Strack agreed that the department’s name change is necessary to reflect its goal, because many research efforts within that area focus on finding treatments that use neuropharmacologists.

“The department has really benefited from having Ted Abel take the [departmental executive officer] position because he cares a lot about research and makes sure to allocate resources effectively,” Strack said.

“This is a very exciting time to do research at the university, especially in neuroscience and pharmacology,” Strack said. “There is a commitment from the department to grow the research and faculty and break through barriers.”