With growing Democratic disdain for the electoral college, many presidential candidates have called for its removal. However, some Iowa Democratic leaders say it would put small states at a disadvantage. 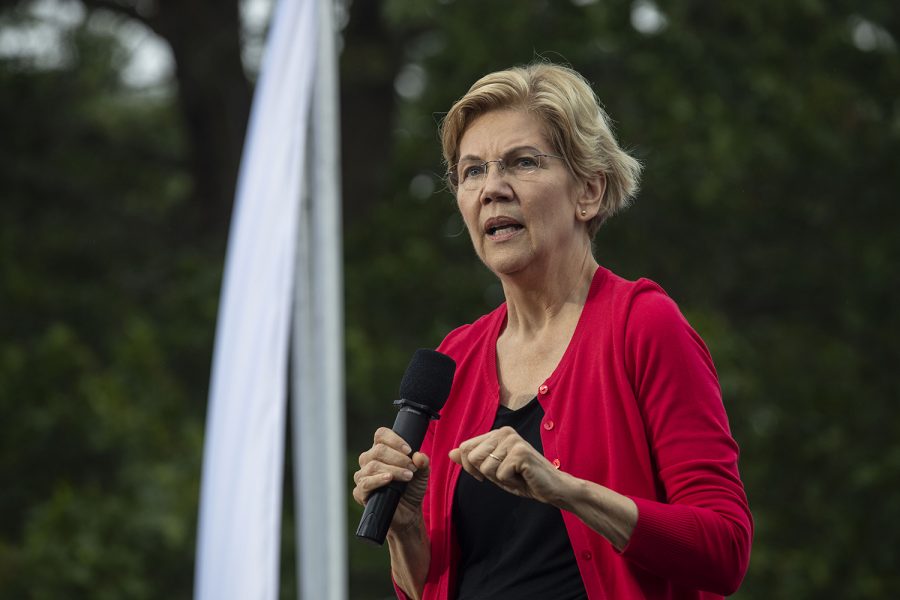 In the contest to select the Democratic presidential nominee, voting reform has been a popular topic among candidates in the presidential race. One piece of many candidates’ plans involve eliminating the electoral college.

“Maybe move to see to it that in this democracy we choose our nation’s leader by just counting up all of the votes and giving the presidency to the person who got the most,” South Bend, Indiana, Mayor Pete Buttigieg said while talking about voter reform in a Sept. 2 visit to Iowa City.

Republican Sens. Joni Ernst and Chuck Grassley have publicly defended the institution as well. Representatives for Democratic Rep. Abby Finkenauer and Republican Rep. Steve King did not respond to the DI’s request for comment.

Actually @AOC, eliminating the Electoral College would silence our voices here in Iowa and in many other states across the country.

This is just more evidence of how out of touch the Democrats have become. https://t.co/yfm4oDCpkm

Still, Iowa’s Democratic leadership stand in opposition to the 75 percent of Democrats who were against the electoral college in 2018, according to national polling from Pew Research Center. Among Republicans, 32 percent favored a popular vote.

The issue wasn’t always as widely split along party lines. The same study shows that removing the electoral college was supported by a majority of both Democratic and Republican voters in 2012.

Covington said the issue has become politicized in recent years because two out of the last five elections have seen a Republican candidate win the electoral vote but lose the popular vote — George Bush in 2000 and Trump in 2016.

“A preponderance of low-population states tend to be Republican,” Covington said. “And of course, the operative mechanism of that is the two votes that every state gets for senators regardless of state population.”

Under the current system, Covington said a vote in Wyoming is worth three-and-one-half times as much as a vote in California. Defenders of the electoral college such as Loebsack say this disparity protects the interests of smaller states that would otherwise be ignored in a national popular vote.

One way several states have attempted to combat the electoral college is through the National Popular Vote Interstate Compact, which is an agreement between 16 states and Washington D.C. to commit their electoral votes to the winner of the popular vote if the states have a combined 270 electoral votes — the threshold needed to secure the election.

Pat Rosenstiel, a senior consultant for National Popular Vote, said he doesn’t see the electoral college as a partisan issue. Though the states that have joined the compact are largely Democratic, Rosenstiel said a national popular-vote bill has been passed in Republican-controlled chambers in several other states, including the Oklahoma Senate and the Arizona House.

To assuage small-state concerns, Rosenstiel said the national popular vote would keep the balance of electoral votes among the states while giving power to voters in heavily partisan states regardless of size.

“What national popular vote does for the small states is it makes every voter in every state, including the small states, politically relevant in every election, and it does this while preserving their [electoral] votes,” he said.