Iowa City officials are in the process of installing new planters on the Park Road bridge to prevent pedestrians from climbing on the arches. 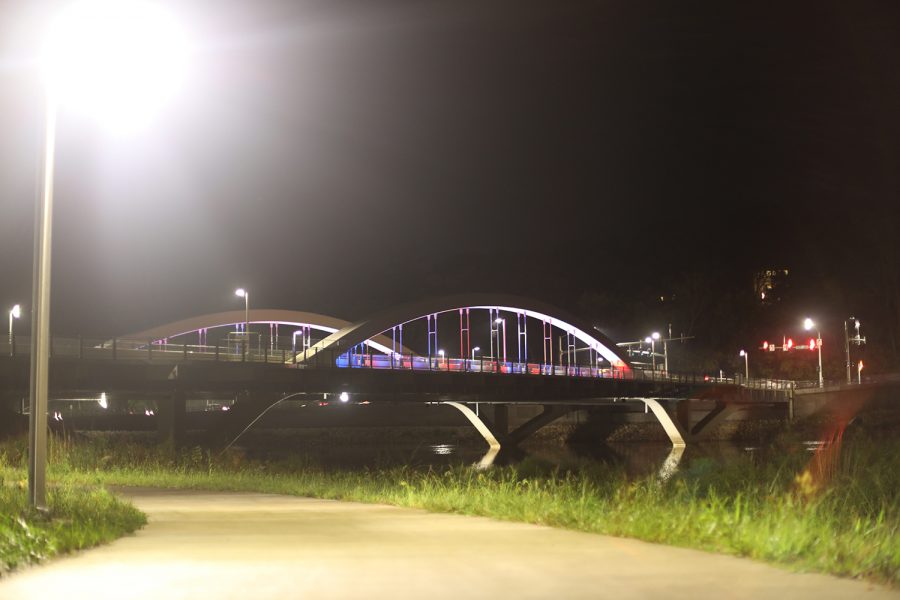 Iowa City officials are in the process of installing planters on the Park Road bridge, located by Mayflower Residence Hall, to prevent pedestrians from climbing on its arches.

Additions to the bridge come in the final stages of the Iowa City Gateway Project, a flood mitigation project developed after the 2008 flood in Iowa City.

“The Gateway Project was a combination of three projects,” City Engineer Jason Havel said, “… [including] the elevation of Dubuque Street and a new Park Road bridge, as well as upgrading the sanitary sewer that goes along Dubuque Street.”

RELATED: Park Road Bridge will close after May 28

The only remaining element of the project is the installation of new planters on the Park Road bridge, Knoche said. The current estimate for the planters is around $35,000 to $70,000, he said.

The primary purpose of the planters is to act as a barrier between the bridge and citizens who try to climb its arches, he said. Although the city already implemented fences and “No Trespassing” signs, Knoche said, the planters became necessary as a result of increased accessibility to the bridge’s arches.

“…about a handful of events that occurred of people, in one way or another, walking on top of the arches,” Havel said. “It’s something we don’t condone, something we want to reduce as much as possible.”

When he realized pedestrians were trespassing on the arches, Knoche said, the city reached out to a consultant in HNTB, an infrastructure solutions firm in Kansas City that designed the bridge.

“The fences and signage [are] a temporary fix,” Scott Sovers, Iowa City assistant city engineer said. “The planters would be a long-term fix. The goal would be that the planters are more aesthetically pleasing.”

Performance Contracting Inc. will add to the current contract as the project moves forward, Knoche said. Completion of the project is up in the air until the contracting company finishes the project’s punch list items, he said.

RELATED: Gateway Project put to the test during recent flooding

“We’ll hopefully have most of the work done … this year. We’ll bid the project out in the winter, and it wouldn’t surprise me to have some of the construction continue into spring,” Sovers said.