The Hawkeye team finished in sixth place for the weekend 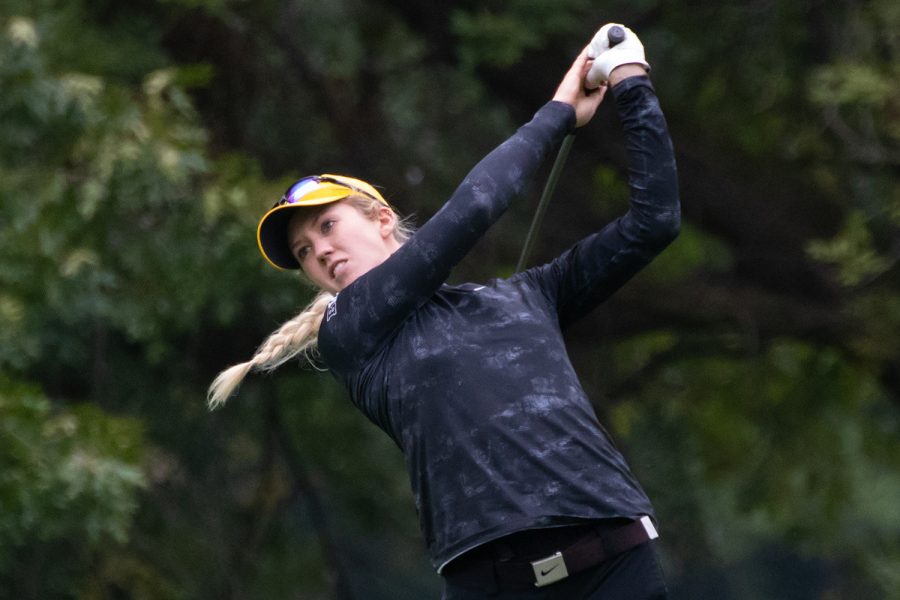 The Iowa women’s golf team lost the match portion of the East-West Match Play Challenge hosted by the University of Wisconsin-Madison, 4-1, against fifth place Indiana over the weekend.

Iowa finished stroke-play with a 36-hole score of 595 (+19). In her collegiate debut, freshman Lea Zietler won 5-3 against Indiana’s Alexis Miestowski.

Iowa finished sixth in stroke play Monday, after having to play two rounds due to a rainout on Sunday afternoon. Zietler finished in the top five for stroke play, finishing with a combined 142 to bring her 2-under-par. She carded six birdies and 27 pars for the weekend.

Sophomore Manuela Lizarazu finished stoke play with a combined 152 (+7) and lost 4-3 against Indiana’s Mary Parsons. Freshmen Jacquelyn Galloway and Morgan Goldstein finished with stroke-play scores of 152 (+8) and 153 (+9) and lost match play 2-(-1) and 2-1.

While match play was rough for Iowa, head coach Megan Menzel is optimistic about the team before their next tournament.

“We are encouraged every time out with this team,” she said in a release. “They are coachable and hard-working. After looking at our stats, we know we have a couple key areas that we will work very hard to clean up the next two weeks before Mississippi.”

The Hawkeyes compete next at the Magnolia Invitational, hosted by Mississippi State, on Oct. 13-15.