The former vice president needs a more substantive message to win the Democratic nomination and the White House. 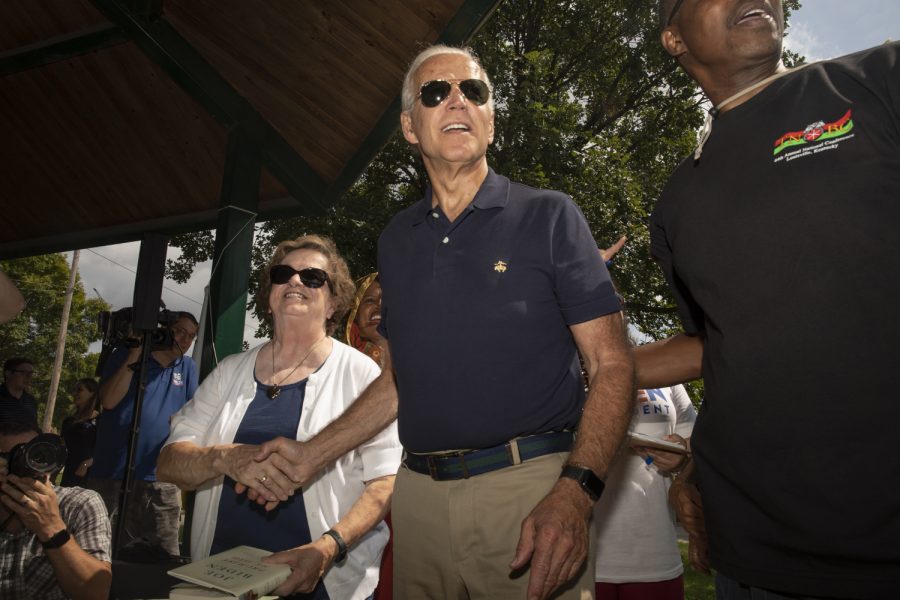 The Iowa caucuses are just four months away, and the Democratic front-runner since its onset has been former Vice President Joe Biden. Despite routine gaffes, concerns about his age, and struggles in the first debate, he has overall remained in the lead.

What started as a campaign fueled by name recognition has become a bastion of moderate politics, contrasting from the far-left campaigns of the next two Democratic front-runners, Sens. Elizabeth Warren, D-Mass., and Bernie Sanders, I-Vt. Biden’s campaign, while it has some detailed policies, is running on a message rather than proposed reforms. That message — that Biden is the most electable candidate — is not enough to win an election.

While admittedly relevant in the primaries, this message is problematic in the long run. For one, electability is not unique to Biden. President Trump usually polls behind a slew of Democratic candidates, according to data collected by Real Clear Politics. Biden’s name recognition gains him a handful of voters that aren’t paying much attention, but the number of people that don’t recognize the names of other candidates dwindles as election day draws near.

The second issue is that electability as a standalone point is paradoxical. “Vote for Biden because he’ll win” boils down to a double bind: either he is likely to win already and your vote doesn’t matter, or the premise that he’s certain to win is false.

This contradiction has a negative effect on voters’ outlook. If a Biden supporter concludes that he’ll win anyways, then why should they bother voting? On the other hand, if that supporter realizes that he truly does need their vote, then they must also realize that he’s not guaranteed to win, thus the electability narrative he’s been campaigning on is a sham. Either conclusion is bad news for Biden.

Third, a campaign based on electability alone lacks necessary substance. This is exactly the problem that the Hillary Clinton campaign ran into in 2016. When asked why people should vote for her, the response was always something to the effect of “because I’m not Trump.”

Although such detailed policy proposals were technically a part of Clinton’s platform, her campaign sought to capitalize on a collective distaste for Trump rather than a shared goal of said reforms.

The result was a grim reality check and a lesson in Politics 101: Voters did not and will not turn out on the sole message of “I’ll beat Trump.” While the electability narrative may be persuasive to the Democratic base, it empirically falls short on election day because it doesn’t energize the voters that Democrats need.

It is not enough to simply have policies. One can go to Biden’s campaign site and read all the nuances of his stances, such as adding Medicare to the private market and competition-based price controls on healthcare. Well-planned policies like these are technically part of the Biden campaign, but like Clinton, they are not the message he is running on.

Biden is up against energized, proactive campaigns on both sides of the aisle. If the former vice president wants to win, he needs to capitalize not just on the fact that he can win, but on policies that give voters a reason why he should.