Editorial: All Iowans must come together over Cy-Hawk disorder

Authorities need to devote more resources to ensure student and fan safety, but it's up to all of us to restore the healthy spirit of the Iowa-ISU rivalry. 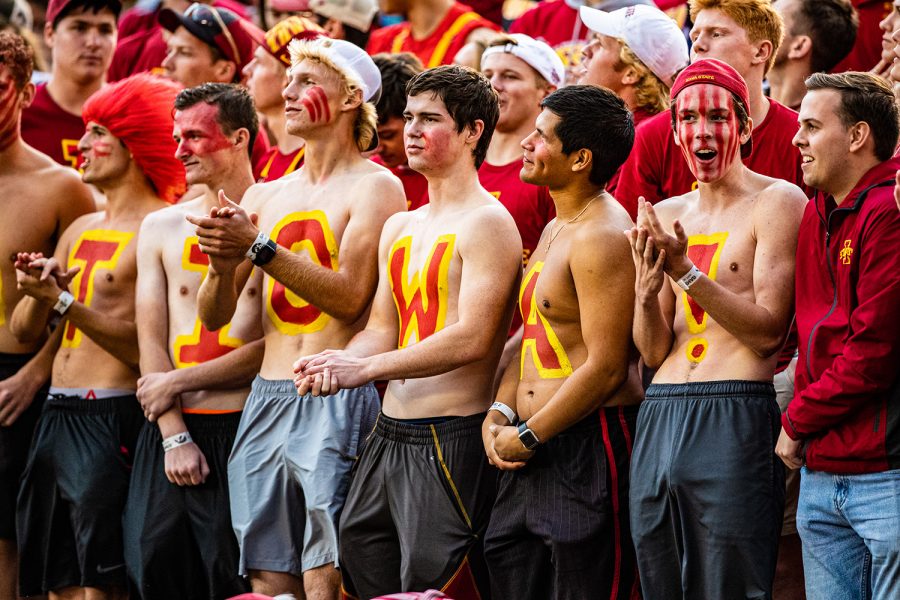 Iowa State fans watch the action during a football game between Iowa and Iowa State at Jack Trice Stadium in Ames on Saturday, September 14, 2019. The Hawkeyes retained the Cy-Hawk Trophy for the fifth consecutive year, downing the Cyclones, 18-17.

There is a crisis in the Hawkeye-Cyclone relationship. The young people of our state have allegedly suffered physical harm while enjoying what is supposed to be a good-spirited sporting event. If we are to continue our annual rivalry, we have to change the spirit of the game. We must promote a spirit of competition, not callousness.

University of Iowa President Bruce Harreld told The Daily Iowan Monday he was “not convinced at all” that the Cy-Hawk football series should continue without improvements to student and fan safety. The comments came after Hawkeye Marching Band members’ allegations that they were physically harassed by Cyclone fans during the Sept. 14 game at Jack Trice Stadium in Ames.

If the safety of students and fans cannot be secured, the event should not be held. Harreld was right — the well-being of everyone, especially students, must be our top priority.

Canceling the Cy-Hawk series is the last resort. Harreld said he expects all parties involved to be able to work out the issues surrounding fan and student safety, but these changes must be made before risking anyone’s safety at another Cy-Hawk game.

“I’m watching what’s happening across the country and there’s a fan issue here in the country,” Harreld said. “I think this is a dialogue we should all be having, which is what is the appropriate security and safety [protocols].”

It’s not as if our state is the only one to feature an intense college rivalry. The Alabama-Auburn Iron Bowl brings copious hostility to the gridiron, as does North Carolina-Duke on the basketball court. Rivalries often cross state lines with matchups between Michigan and Ohio State in the Big Ten or Oklahoma and Texas in the Big 12.

Of course, there are simple measures that can be put in place. More security personnel, stronger enforcement of rules against alcohol consumption, and more general safety measures are all necessary to implement.

Harreld also said he has reached out to ISU President Wendy Wintersteen along with University of Northern Iowa President Mark Nook to have a discussion along with the schools’ athletic and band directors as to how to put these reforms into practice.

However, the root cause of our crisis isn’t going to be solved by more rules alone. The true solution will come from each of us as individuals.

As Iowans, we have to reexamine our views of one another. Obviously, Hawkeye and Cyclone fans can get along as neighbors, coworkers, and friends. Even marriages and siblings have split allegiances to our state’s two largest universities. There’s good-hearted teasing and banter, but violence has no place in friendly rivalries.

Wherever we’re from, whatever sport we play, we must maintain our sense of human decency. We’re all Iowans. We’re all family. We can all do better.