After hitting $1 million dollars in donations on Sunday, Carson King has received a year’s supply of beer from Busch Light, a new Busch Light ice cream flavor from his hometown has been created, and he will be attending the Iowa football game Saturday free of charge. 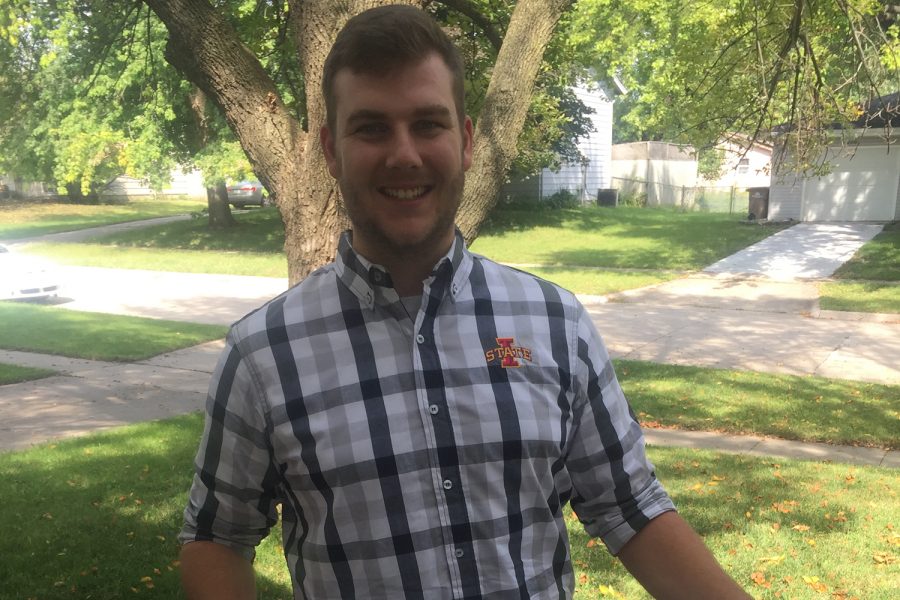 What started as Altoona man Carson King’s 15 minutes of fame with a sign asking for beer money has resulted in a year’s supply of Busch Light beer in a can with his face on it, a Busch Light flavored ice cream at one of his favorite hometown shops, and free tickets to the Iowa vs. Middle Tennessee football game on Saturday.

Busch announced on its Twitter Sunday that it will send King a year’s worth of free Busch Light with his face on the cans. King says he is still working out what to do with all of the free beer.

“I definitely am looking into a few fundraisers and things that I can donate [the beer] to,” he said. “I will be giving some of it to my friends and family too,”

King mentioned that Goldie’s Ice Cream Shoppe, a local ice cream store in his hometown of Prairie City, Iowa, has created a Busch Light nonalcoholic flavored ice cream to celebrate the money he has raised.

“[Goldie’s] somehow figured out a way to create a [Busch Light] beer-flavored ice cream,” he said. “One-hundred percent of the proceeds will go towards my Venmo account.”

With all these new projects in the works, two Hawkeye fans, John McCormally and Travis Lowe, are joining in on the excitement by donating their tickets for the game at Kinnick Stadium this weekend.

“I am going to the game Saturday to partake in the Wave,” King said. “My brother, his fiancée, and nephew are all huge Hawkeye fans, so it will be a cool experience for them. My parents are coming too.” At the state Board of Regents meeting in Council Bluffs on Sept. 19, University of Iowa President Bruce Harreld alluded to King’s campaign.

“I applaud [King] for his creativity,” Harreld said. “… When we’re clearly very competitive on the field, he has shown how collaborative all Iowans really are, and we’re all in this together.”

Currently, King is in conversations with the UI Center for Advancement to set a date for an in-person donation.

“I really want to meet some of the families [the donation is going toward],” he said.

After an overwhelming amount of donations, King mentioned that the money flow has slowed down since a Sunday announcement on Twitter about the campaign reaching $1 million raised. Nevertheless, said he remains hopeful for the next seven days of his challenge.