It's important for artists and others to see people like them succeeding in their fields. 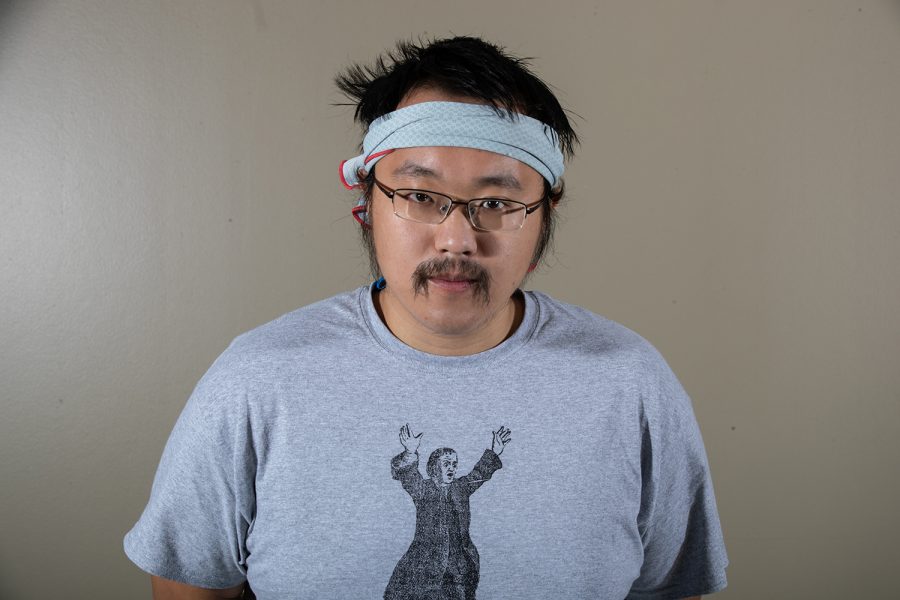 Late this summer, I attended an art exhibition Into the Blue: An All- Iowa Juried Exhibition in Coralville. Organized by the University of Iowa School of Art and Art History, the exhibition mainly displayed M.F.A. students’ and graduates’ works of art. One of the most compelling artworks in the exhibition was a ceramic sculpture deeply influenced by Chinese culture.

Without my having any professional and academic background in fine arts, the sculpture made a strong impression on me, because the symbols and pictures on the surface of the sculpture were coherent with Chinese traditional painting. I told my wife, who attended the exhibition with me, that I really loved the amazing sculpture. The creator of the artwork may be a Chinese-American artist or somebody who is very familiar with oriental arts.

She agreed with me and suggested that we might talk with the artist if I really feel curious about it. After talking with the artist, Yu Shen, I learned that she had created the sculpture with the intention of showcasing dialogues between Chinese and American cultures.

Furthermore, she told me that she had just obtained an M.F.A. from the UI this summer. And, more importantly, she originally came from China. I was shocked, because it was incredible to be informed that there were Chinese students studying arts rather than computer science or engineering in Iowa.

In the past five years, the number of UI international students from China has decreased from 4,136 students in 2013 to 3,192 in 2018. In predominately white Iowa; however, locals have become familiar with the presence of Chinese students. In the meantime, the stereotyped impression that most Chinese students mainly study in STEM fields deeply affects local people’s perception of this international-student group.

However, Shen’s case shows that Chinese students also succeed at studying the arts at this college. Similar to Shen, an increasing number of Chinese artists at the UI attempt to disseminate and promote Chinese culture in the local community. However, these Iowa-based Chinese artists’ works are still not well-known on this campus.

I think this is partly because domestic students often don’t know much about Chinese culture or have much interest in it. However, we have a long history of learning Asian arts and culture in higher-education institutions in Iowa. In the first decade of the 20th century, several female faculty members and students at Grinnell College established an organization engaged in learning Chinese painting. In the 1910s, the Chinese students’ organization on this campus arranged an exhibition of Chinese artifacts and artworks, which was welcomed in the local community.