The University of Iowa Athletic Department received claims of actions made toward the Hawkeye Marching Band at Jack Trice Stadium on Sept. 14. 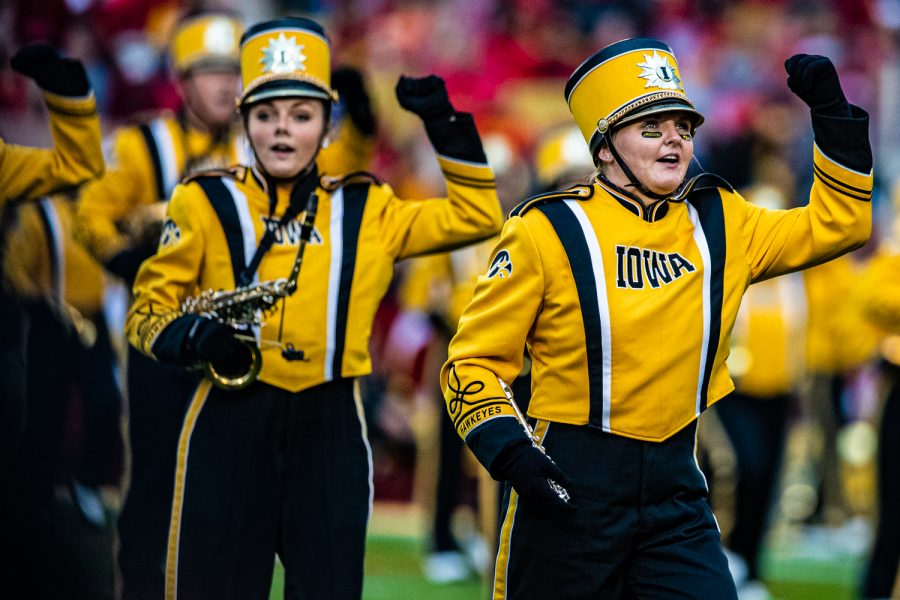 The Hawkeye Marching Band performs during a football game between Iowa and Iowa State at Jack Trice Stadium in Ames on Saturday, September 14, 2019. The Hawkeyes retained the Cy-Hawk Trophy for the fifth consecutive year, downing the Cyclones, 18-17.

University of Iowa Athletics Director Gary Barta released the following statement on Monday regarding conduct towards the Hawkeye Marching Band during the Iowa vs. Iowa State football game on Sept. 14:

“University of Iowa Athletics has been made aware of inappropriate actions made toward student members and staff of the Hawkeye Marching Band while attending the Iowa State football game Sept. 14. We have contacted Iowa State Athletics administration and are working to gather additional information.

“Our main priority is the safety of all Iowa students, staff, and coaches when attending events away from Iowa City.”

Both Iowa and Iowa State are looking into this matter.

“We were contacted by Mr. Barta and, like Iowa, are working on gathering more facts,” Steve Malchlow, Iowa State senior associate athletics director said in an email to The Daily Iowan.