With three new freshmen to the team, the Hawkeyes have a plan to grow. 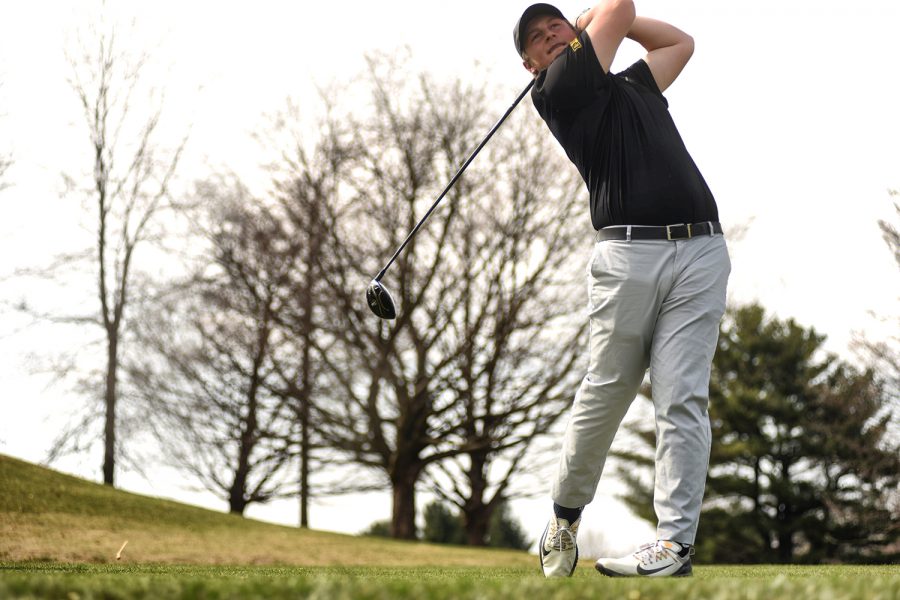 Every season begins with old and new faces, and senior Alex Schaake is no stranger to that.

Coming up on his fourth year with the Hawkeye men’s golf team, Schaake, who was ranked 43rd in the nation by Golfweek, has played with 17 different players over his colligate career, including his brother in 2016.

Despite the changes in his teammates and success on the fairway, Schaake’s leadership and drive as one of two seniors this year has never changed

“I pick [the freshmen] up every morning for our morning workouts,” Schaake said. “I just had a pretty dominating qualifying three rounds at Blue Top. I try to set a good example for them.”

Schaake sets the example, but the new freshmen already have big golf resumes of their own.

Bettendorf, Iowa, native Matthew Garside earned medalist honors at the 2018 Class 4A Iowa State Championship after shooting a 65 (-6) and recorded the second lowest 18-hole average in Iowa Class 4A for 2018. In 2019, Garside was named the MAC Player of the Year, was one of 64 golfers to advance to match play at the 2019 U.S. Junior Amateur, and finished as a runner-up at the 2019 Iowa Open.

Freshman Mac McClear, a native of Hinsdale, Illinois, won the high-school championship three times and finished fifth individually once during his high-school career. McClear was also the fifth -ranked golfer in the state of Illinois for the class of 2019 while recording a career-best second place in the American Junior Golf Association.

Garrett Tighe, the only freshman to compete last week at the Gopher Invitational, tied for first at the 2017 Illinois 3A High School Championship for Jacobs High School in Algonquin, Illinois. In 2018, Tighe led his team to the 2018 state sectionals, was named the 2018 Northwest Herald Golfer of the Year, and earned All-State honors for Golf. By spring of 2019, Tighe was the second-ranked golfer in Illinois and ranked 96th nationally.

“They’re all really strong players. They’ve fit into the team really well and adapted quickly to the college setting,” head coach Tyler Stith said about the freshman class. “Garrett is going play right away from qualifying in practice. The other guys are going to play at some point this year; it’s just a matter of time”.

Senior Benton Weinberg thinks this year’s newcomers will be a good addition both on and off the golf course.

“They all fit in so well here. They’re good and know how to work hard, so we’ve got good chemistry thus far,” Weinberg said.

As the reigning Big Ten Golfer of the Year and Les Bolstad Award winner, Schaake is focused on the future and his personal growth of the game, without forgetting the new faces watching him.

“Whatever I can do to help [the freshmen] out and show them the ropes a little bit, whether it’s workouts or practice or competition, just to show them where I’ve come from, I will,” Schaake said.