Award-winning singer and actress Audra McDonald will be giving a performance at Hancher Auditorium this upcoming weekend. McDonald's has had versatile career, appearing in films, television, and Broadway shows. 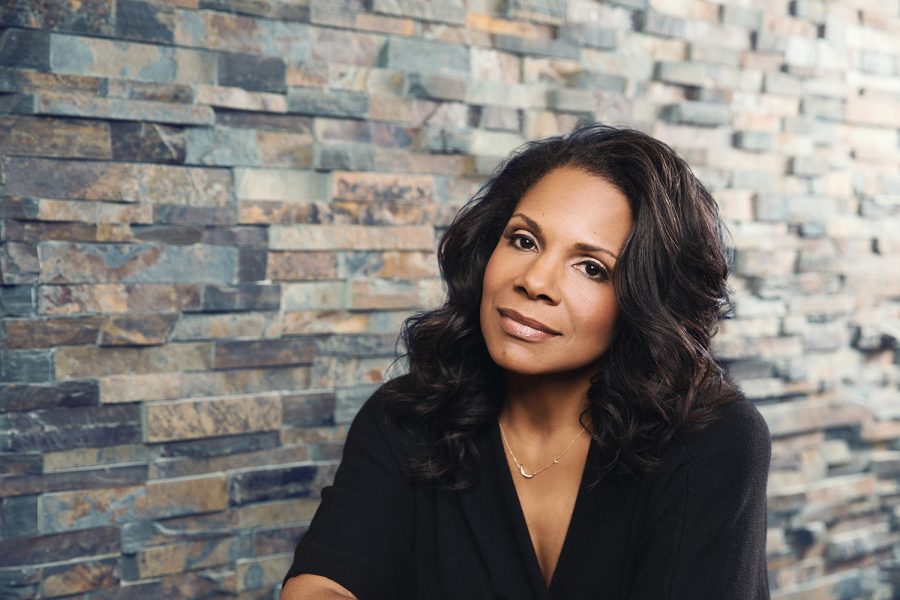 Dressed in a blue robe with her thick, black hair tied back, Broadway performer Audra McDonald played the frumpy waitress Frankie in Frankie and Johnny in the Clair de Lune, which ended its Broadway run last summer.

Despite the character’s guarded, and sometimes harsh, personality McDonald exudes power and grace in the role, highlighted by her presence and powerful voice.

The award-winning singer will perform at Hancher Auditorium Saturday in a showcase called “An Evening with Audra McDonald: Songs from the American Music Theater.”

Hancher Executive Director Charles Swanson said he has hoped to see McDonald to perform at the University of Iowa’s auditorium since the new pearl-white building opened in 2016.

Swanson said he saw McDonald perform a couple of years ago and was impressed with her personable performance.

“Right there, the words she spoke were so eloquent that you felt like you really get to know her as a person,” Swanson said.

McDonald’s extensive career — which has included acting and singing — has earned her six Tonys, two Grammys, and an Emmy.

McDonald said she views her roles similarly to her children — she’s unable to pick a favorite. However, she did find the role of Billie Holiday in the play Lady Day at Emerson’s Bar and Grill particularly challenging, as she was tasked with bringing the jazz legend back to life on stage.

Related: ‘Chuck’ Swanson: Quintessential cheerleader for Hancher and the arts

A few of McDonald’s biggest musical influences are Barbara Streisand and Judy Garland, she said, noting how they have iconic, unique voices that cannot be replicated.

McDonald’s advice for aspiring singers was to emphasize finding a signature sound to stand out from other popular musicians.

“I needed [to] embrace my own sound and sing with my voice,” McDonald said. “Sound like you, and that is what will be unique and special.”

While McDonald said she has no current impressions of the City of Literature, she added she’s always excited to meet a new city and audience wherever she goes.

UI music Associate Professor Rachel Joselson said McDonald has a voice that can “engulf your heart.”

“Her range and her diversity of style that she can pull off is quite remarkable,” Joselson said. “She seems to sing absolutely flawlessly whenever, and she’s mastered a classical technique and translated it to jazz and Broadway.”

Hancher Marketing and Communications Director Rob Cline said the venue has a spectacular lineup of talented female singers for its 2019-20 season including Diana Ross and Storm Large.

“Audra McDonald is, of course, a more-than-worthy addition to that group of amazing artists,” Cline wrote in an email to The Daily Iowan. “We were so pleased when her schedule — which includes Broadway appearances, her television work, and more — allowed her to come to Hancher for this performance.”

While McDonald anticipates her Iowa City début, she said with a laugh that she will search for the best food in town before performing. As McDonald searches for the best meal in Iowa City, her fans await her arrival.

“Everybody wants to be Audra McDonald,” Joselson said. “She just makes everything her own.”