The Iowa Economic Development Agency has awarded three Johnson County nonprofits significant funds through the Community Attraction and Tourism grant. These donations assist nonprofits in Iowa to further advance their cultural impact on their community. 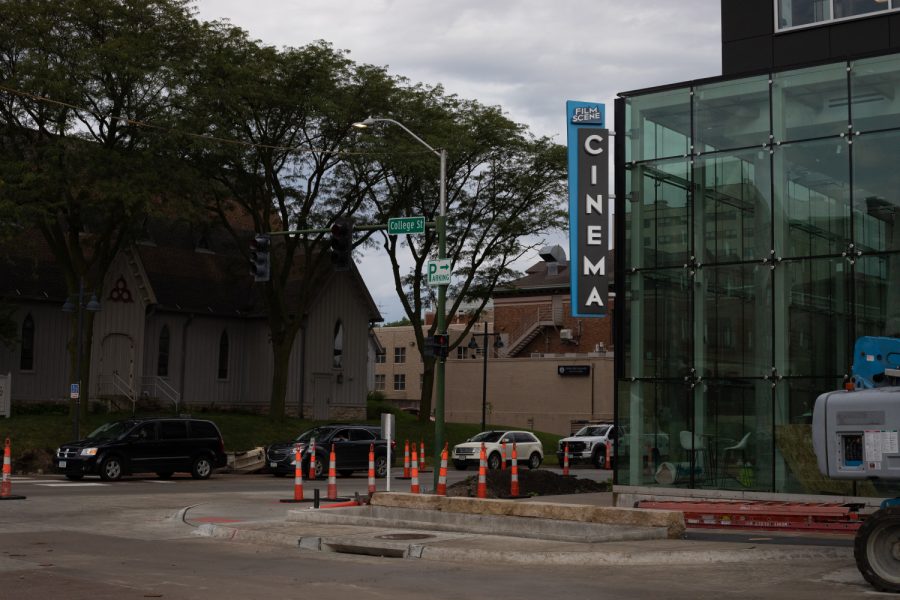 The new Film Scene location located in the Chauncey building is seen on September 10, 2019.

FilmScene, the Englert Theater, and the Johnson County Historical Society are among this year’s recipients of the CAT grant. The donations the groups received will fund the development of their organization’s programs and enhance their impact on the Johnson County community.

The grant’s program manager Alaina Santizo said programs are selected primarily by when they make themselves known to the agency. Historically, applications are accepted quarterly and are open to all nonprofits from cities and counties across the state, she said.

Awards typically supply 15 percent of an organization’s total project cost, but may vary based on the overall size of the project or other factors, Santizo said.

“It’s a really great program. It allows us to provide assistance to rural and urban area projects that vary in size and scope, which is really a wonderful tool for the state,” she said.

Santizo said that in order to be considered for the grant, organizations must have at least 65 percent of their total project costs raised before applying, have ongoing major construction or renovation projects, and their application needs to be presented before an Enhance Iowa board. Enhance Iowa is a part of the Iowa Economic Development Authority.

Santizo added that application numbers have drastically increased in the last year, resulting in a higher spending rate for Enhance Iowa’s budget this fiscal year.

“We would have seen in past years about 20 to 30 [applications] at the most, and that’s probably on the high end,” she said. “But just recently … we have received over 20 applications in just two quarters.”

She attributed the increase to a greater awareness for the grant in addition to communities taking a more active role in developing exciting projects for their citizens and visitors.

FilmScene Executive Director Joe Tiefenthaler said the opportunity to apply for the grant was recommended to the organization by Think Iowa City. He then drove to Des Moines in June to present FilmScene’s case to Enhance Iowa, then again in July for a board vote.

FilmScene was awarded $320,760, which Tiefenthaler said is the largest donation the organization has ever received.

RELATED: FilmScene and Englert partner to raise more than $6 million together

FilmScene’s new facility in downtown Iowa City will feature three more screens, allowing for more accessibility and visibility, Tiefenthaler said. He added that, because of the new location, FilmScene is projected to reach 100,000 movie goers next year.

There is a larger economic impact to having these opportunities and service in the Johnson County community beyond just Filmscene, Tiefenthaler said.

“The economic impact and the livelihood, creating cultural traffic downtown for other businesses,” he said, “I think the CAT grant really saw the possibilities there.”

Team leader for the Iowa Tourism Office Kanan Kappelman agreed that opportunities such as the CAT grant make communities more enjoyable to live in.

“What is positive to see is that our communities are recognizing that place-making and creating transformative projects are going to attract citizens and a workforce and providing a quality of life where people want to live and thrive,” she said.