The UI community needs to stand up to face this emergency. 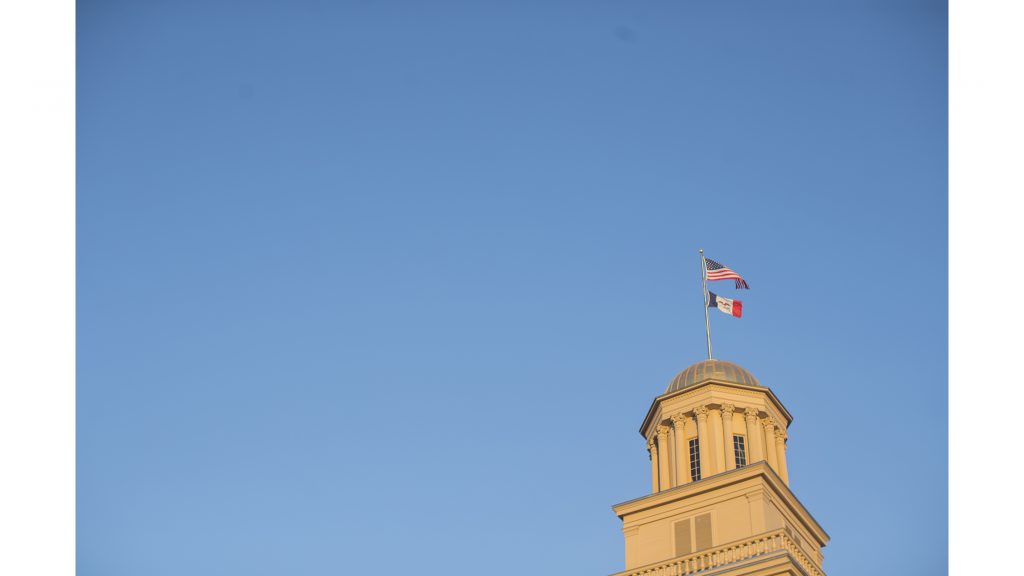 On Sept. 20, millions of youth around the world will lead schools, towns, and countries in a global strike for climate action.

It’s time for the University of Iowa to work with the city of Iowa City on the most pressing issue for our generation: the climate emergency.

As Iowa City high-school students, we invite you to join our town’s movement for climate action and unite the UI with Iowa City’s new commitment to dramatically cut carbon-dioxide emissions, commit to 100 percent renewable energy by 2030, and immediately end the burning of deadly coal in the campus power plant.

This summer, UI students joined other Big Ten schools in declaring a climate emergency. That was great. Now it’s time for UI President Bruce Harreld and the university to make good on that promise.

As we all know, the International Panel on Climate Change released a report last year, setting a 12-year timeline for dramatic carbon reductions, in order for our generation to live on an inhabitable planet. That means we must all act now.

While some efforts on energy efficiency and recycling have been made, the UI still burns coal and has doubled the burning of natural gas in its power plant. It still relies on MidAmerican for electricity, nearly half of which is fossil fuels. The university also sprays toxic pesticides on campus grounds, runs diesel-fuel buses, and still lags behind other campuses for local food and most sustainability measures.

Many universities around the country are going carbon-neutral. Most schools are already coal-free. It’s time for the UI to catch up. We urge you to join the Global Climate Strike to move in this direction.

Students can make a difference. Last spring, we joined with middle-and high-school students from around the world in the global climate strikes. For 12 straight weeks, we refused to go to school on Friday afternoons and organized a strike at the Iowa City Community School District building and at City Hall in Iowa City. We held teach-ins, marches, and informational meetings. We testified at school-board and city-council hearings multiple times.

Our demands were clear: No more excuses, Iowa City. It’s time for our administrators and political leaders to step up and recognize the unfolding climate emergency, commit to the International Panel on Climate Change’s criteria for carbon reductions, and launch a a real climate plan.

This summer, both the Iowa City school board and Iowa City City Council committed to new climate plans that fall in line with the panel.

But to realize these plans, Iowa City needs the UI to commit to a climate accord that ends the burning of coal and natural gas in your power plant, and commits to 100 percent renewable energy and most ambitious sustainability measures.

We hope you take up this challenge for our generation with Harreld and help us unite the UI with Iowa City’s climate plan.